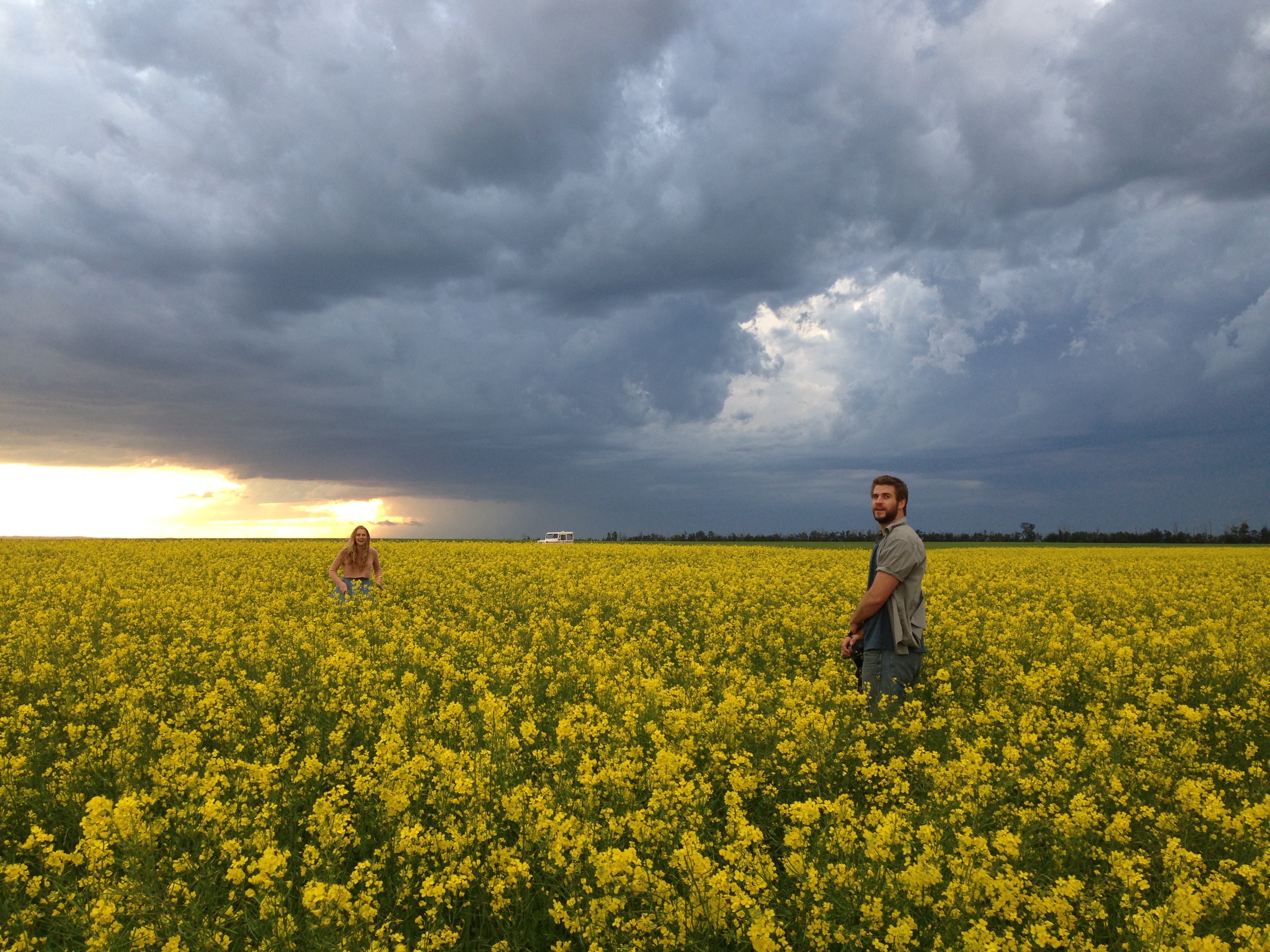 I would assume that, when producing a drama, even if it’s more of a thriller, you wouldn’t want your audience to constantly be thinking about Office Space.  And yet, that is exactly what I did during much of Cut Bank, against my own will and against my better cinematic judgement.  I just couldn’t help myself.  A main character in the film is named Derby Milton, has bottle-lens glasses, and keeps asking in a soft voice where his p-p-p-parcel is.  If that’s not a reference to Stephen Root’s iconic character I don’t know what is.  But in a crime/mystery/thriller like this, why distract the audience with homage to a comedy?  Was it unintentional?  Perhaps it struck me as a reminder and seemed completely original to others, I don’t know.  But I can’t get past the image of Milton not getting a piece of cake at Bill’s birthday party.  Maybe it’s just me.

In Cut Bank, Montana, not much changes.  Dwayne has lived there his whole life, has been dating Cassandra forever, has worked for her dad Big Stan since he was old enough to hold a job, and can’t seem to figure out how to get the hell out of this strange small town.  Three other mainstays of Cut Bank are Sheriff Vogel, Mailman Georgie, and Derby the recluse.  All of these characters’ paths are about to cross on one fateful day.  While filming Cassandra practicing for the Ms. Cut Bank pageant, Dwayne accidentally records the mailman’s murder.  After he turns the video into the sheriff, he begins waiting for the $100,000 reward for information regarding injured mailpersons.  Meanwhile, Derby has a very important package coming to him, and a little thing like the death of an old man isn’t going to stop him from receiving it, no matter what it takes.

The plot sounds a little muddled, but any mystery about what’s happening is quickly resolved, setting up a story that ends up as pretty straight forward.  Dwayne wants to take Cass away from this place, the sheriff is in way over his head when real crimes start being committed, and Derby Milton is just squirrely enough to mess up all the best laid plans.  It’s a fun plot, a comedy of errors in many ways, and reminds me of a lot of other films, namely A Simple Plan.  The acting is actually very good, with great performances from Malkovich, Palmer, Oliver Platt, and Bruce Dern, with only mediocre deliveries from Hemsworth and Billy Bob Thornton.  But the most confusing part of the movie comes in the form of Derby Milton, the crazy catalyst, the homely hermit, the terrible taxidermist.  I just don’t understand why his character resembles that of Milton Waddams so much.  Maybe for some levity, for a strange break from the depressing plot by adding in an odd character who serves as both amusement and danger.  I don’t know, but I can’t say he made me hate the film.  It was a fun heist-gone-wrong film, full of black humor and sad setting, one that I enjoyed but can’t hold up on too much of a pedestal.

yeah, but what was in the package Derby Milton was waiting for?

You’ll have to watch to find out.