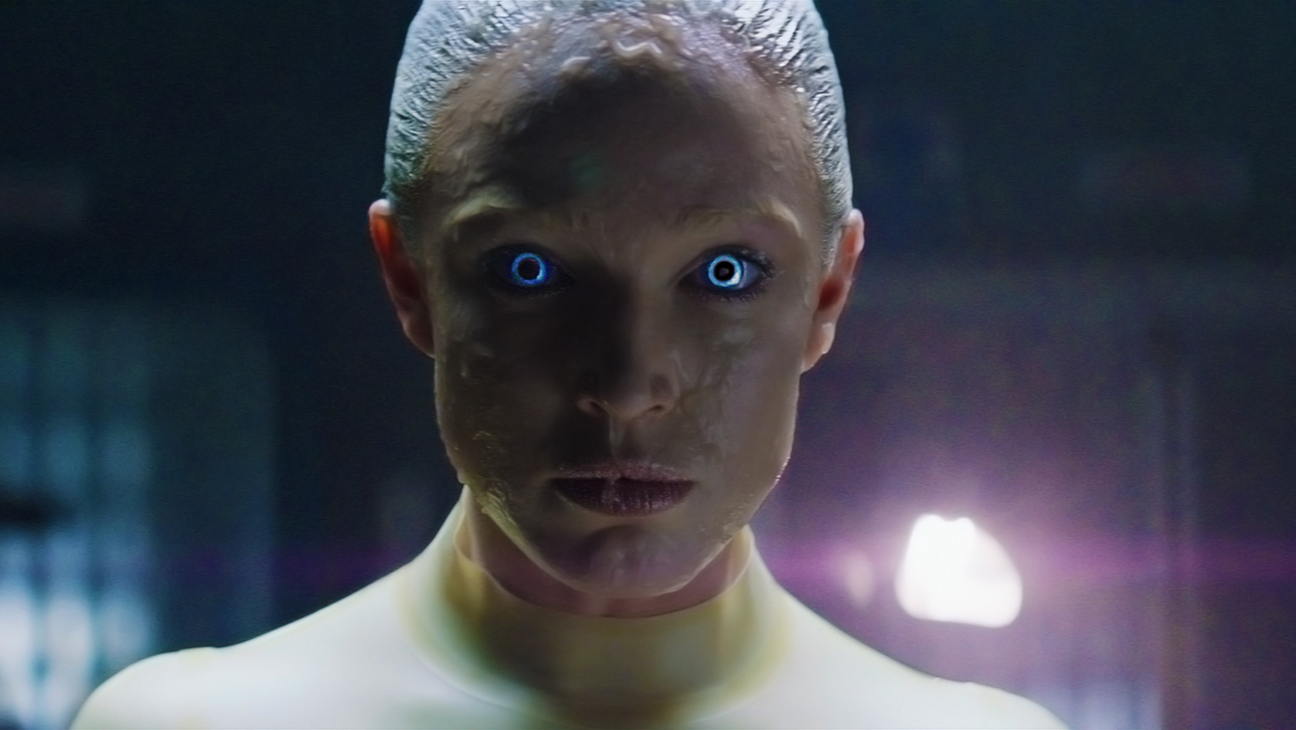 A.I. films are a dime a dozen.  As we step closer and closer to actually producing artificial intelligence, movies about the subject are being furiously created, although the idea has always fascinated audiences.  We love the possibility that someday machines might have a brain with the capability of surpassing our own, and we eat up the films using this premise.  But that doesn’t mean that every robot movie is an award-winning masterpiece, it only means that we’re likely to give a shot in the dark to anything touching A.I. and appearing halfway decent.  The Machine is exactly that; halfway decent, mediocre to the core.

In the near future, a new Cold War will pit Britain & China as enemies, causing a technological standoff that pushes both countries to develop a weapon that will propel them to dominance.  For England, this means the creation of a task force of cyber soliders, ex marines with brain injuries that can be cured by a computer implant that turns them into humans with a robotic mind.  But for scientists Vincent & Ava, the ultimate goal is a machine with independent & intelligent thought, A.I. that the government will then use in its super solider program.  But this new consciousness is alive in a way that no machine has ever been before, complicating matters much further than simple warfare, taking humans to a place that we have never been.

The story is basically cool, and I mean that to say that the foundation of the plot is what makes the movie good, the A.I. storyline that has been reproduced countless times and will continue to be reused until we actually make a self-aware computer.  Then reality will be more exciting than fiction, at least for a time.  But back to the movie.  The base was nice, the science interesting at first, and then events derailed.  A really bad actress turned into a robot, creepy androids hatched plots, evil leaders were extra evil, and it was hard to decide who to root for.  By the end, there was more action than drama, more recycled plot than original idea, more fluff than substance.  And so The Machine becomes just another robot movie, one that slides into the norm without much splash.