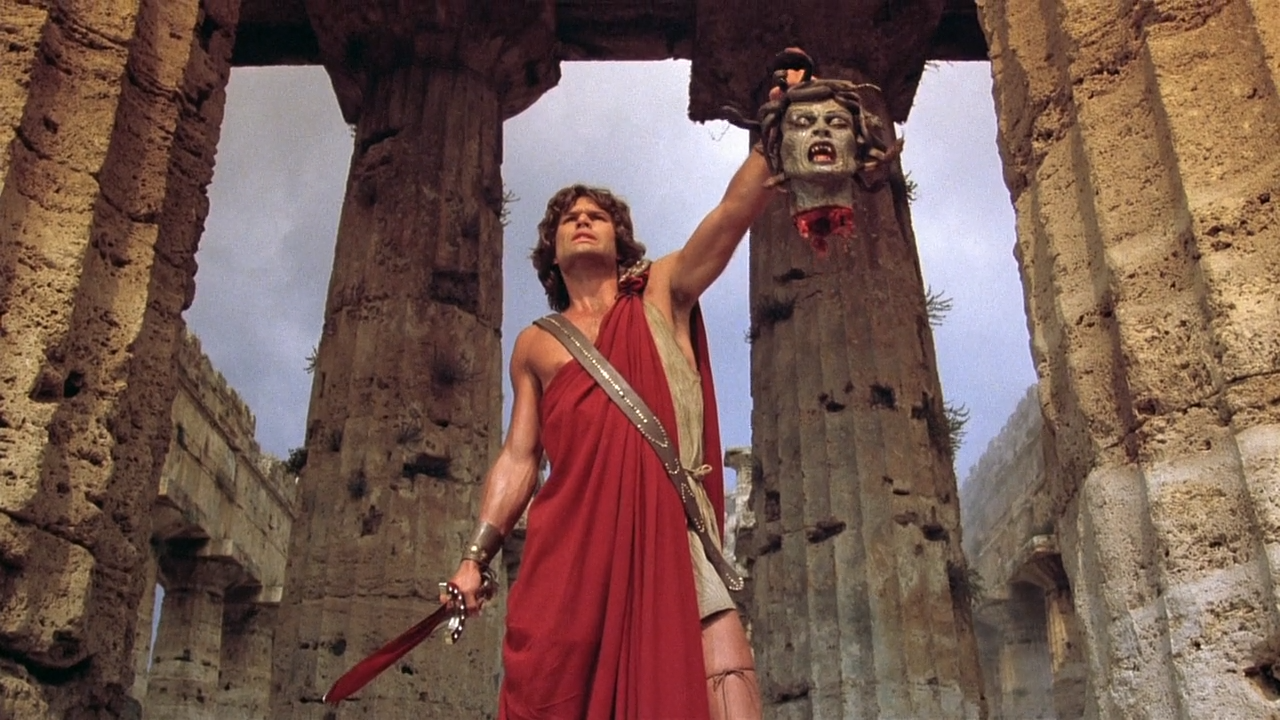 The only reason I don’t give Clash of the Titans zero stars is because I’m a hopeless nostalgic.  Back in the 80s and 90s when I was building my taste baseline, I loved catching movies on TV, commercials and all, because that was the only real way to expand outside of the local theatre every once in a while or the neighborhood rental place on a Friday night.  Clash of the Titans always seemed to be on, I think it was TBS, and I watched it in bits & pieces many times over the years.  I was captivated by the unusual fantasy element, like Excalibur, and the creative animation, like Jason and the Argonauts.  My mistake was watching it back in its entirety, because, basically, it’s ridiculous and bad and I’m shocked they got away with it.

This is the legend of Perseus, the young hero and romantic whose story holds a place among the stars.  Before Perseus’ birth, the king of Argos was told that his daughter would have a son, and that the son would kill the grandfather.  To protect himself, the king put his daughter in a room with only an open ceiling, where she grew to be a beauty unlike any other.  Zeus visited her one night, she had a child, Perseus, and the king knew he was once again in danger.  He abandoned the mother and child to the sea, thinking they would die, but they were carried to an island, where Perseus grew to be a strong man.  Attempting to reclaim his throne, and under Zeus’ protection, Perseus began many adventures, including taming the wild Pegasus, defeating the misshapen Calibos, confronting the Gorgon Medusa, and saving a princess from a mighty beast, becoming a renowned warrior and a future constellation in the process.

Most of this movie is “accurate” to the mythology, although we don’t see Perseus eventually killing his grandfather and becoming a king, that part of the story isn’t important to this film.  We’re more focused on his exploits as a young hero, his saving Andromeda, his killing of Medusa, all that jazz, and in that manner we get what we paid for.  There are a lot of monsters, battles, destructions, magical items, it’s all in good fun, and I can see why I liked it when I was younger.  But, my god, the production value, even for something from the early 80s, is atrocious.  The stop-motion stuff is hideous, the characters are wonky, the dialogue is abysmal, Harry Hamlin is a joke, and even real stars in the cast couldn’t salvage what is ultimately a very weak attempt at fantasy fiction: Maggie Smith, Laurence Olivier, Burgess Meredith.  Clash of the Titans is best left where it lies in the past, not resurrected, because it in no way holds up under scrutiny, and I only lend it some leniency out of loyalty.