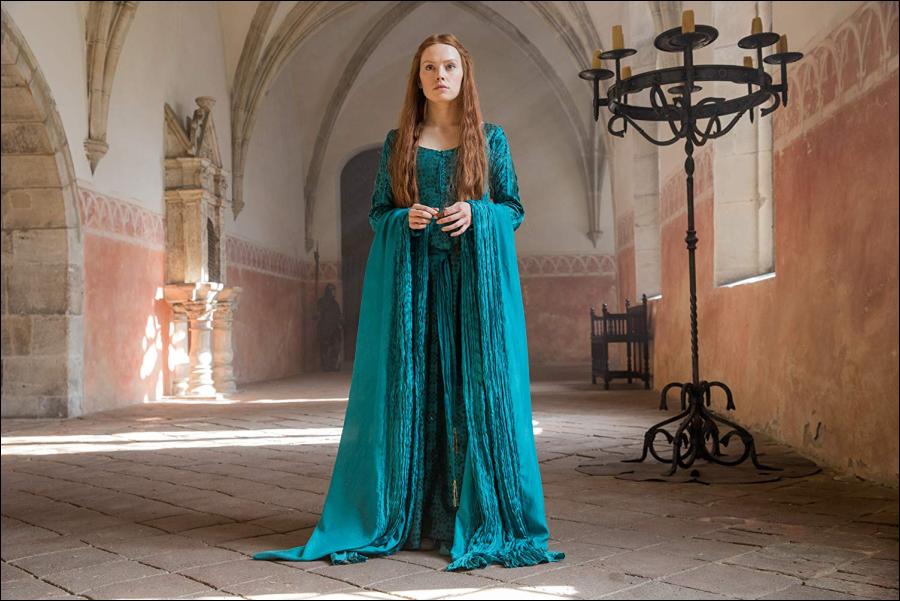 Ophelia starts out well enough, for a from-another-point-of-view film, which I can’t imagine is a genre that’s easy to work in.  And Daisy Ridley is a good enough lead character at first as well, which couldn’t be taken for granted, since we haven’t seen a whole lot from her other than her work in a galaxy far, far away.  But towards the end of the film, once audiences have settled in, the movie jumps the curb like a runaway car, we scream something stupid out of surprise like “oh geez what”, we spin around, slam to a stop, bump our heads, and forget what it was we were even watching.  Ophelia is a blow to the temple that you didn’t see coming, and although you liked some of what happened before, you’re not sure you’d do that again.

This is the story of Hamlet but told from Ophelia’s perspective, with a few twists tossed in for good measure.  Ophelia is the daughter of Polonius, who is the advisor to the King and Queen of Denmark, who have a son named Hamlet.  The King’s brother, Claudius, takes the throne when the elder dies, and also takes his wife, which makes him Hamlet’s step-father.  Ophelia is not high born, but she’s smart as a whip, and soon both falls in love with Hamlet and discovers that Claudius killed the king.  Hamlet begins to go mad with rage and vengeance, while Ophelia tries to find a way to be with the man she loves, protecting him from harm when she can, protecting herself from the choices of others when she must.

This version is pretty weird, but it doesn’t start out that way.  In the beginning, a lot of the dialogue you can recognize as slightly modernized Shakespeare, the story unfolds comfortably, we’re just seeing a woman’s side of things, which is cool and pretty forward-thinking.  Ridley’s acting is surprisingly good early on too, I wasn’t sure what to expect, but she convinced me, and I was enjoying the story.  Then there are decisions made that throw a wrench in the works, and things go downhill from there.  The story becomes almost too much like Snow White and the Huntsman or something, not classic literature, and the acting takes a turn for the worse too, led by Ridley and Watts.  In the end, it’s all the women who make the power moves and are revealed as powerful or clever, which is fine, I get the statement, but that’s not how the play was written.  I’m no purist, bend what you want to bend, but it didn’t sit right with me, at least the end of the film didn’t, and the positives were mostly lost in that final shuffle.  No one saw this movie this year and no one will remember it was made, which is partly too bad because it wasn’t awful, and partly OK because it wasn’t special either.