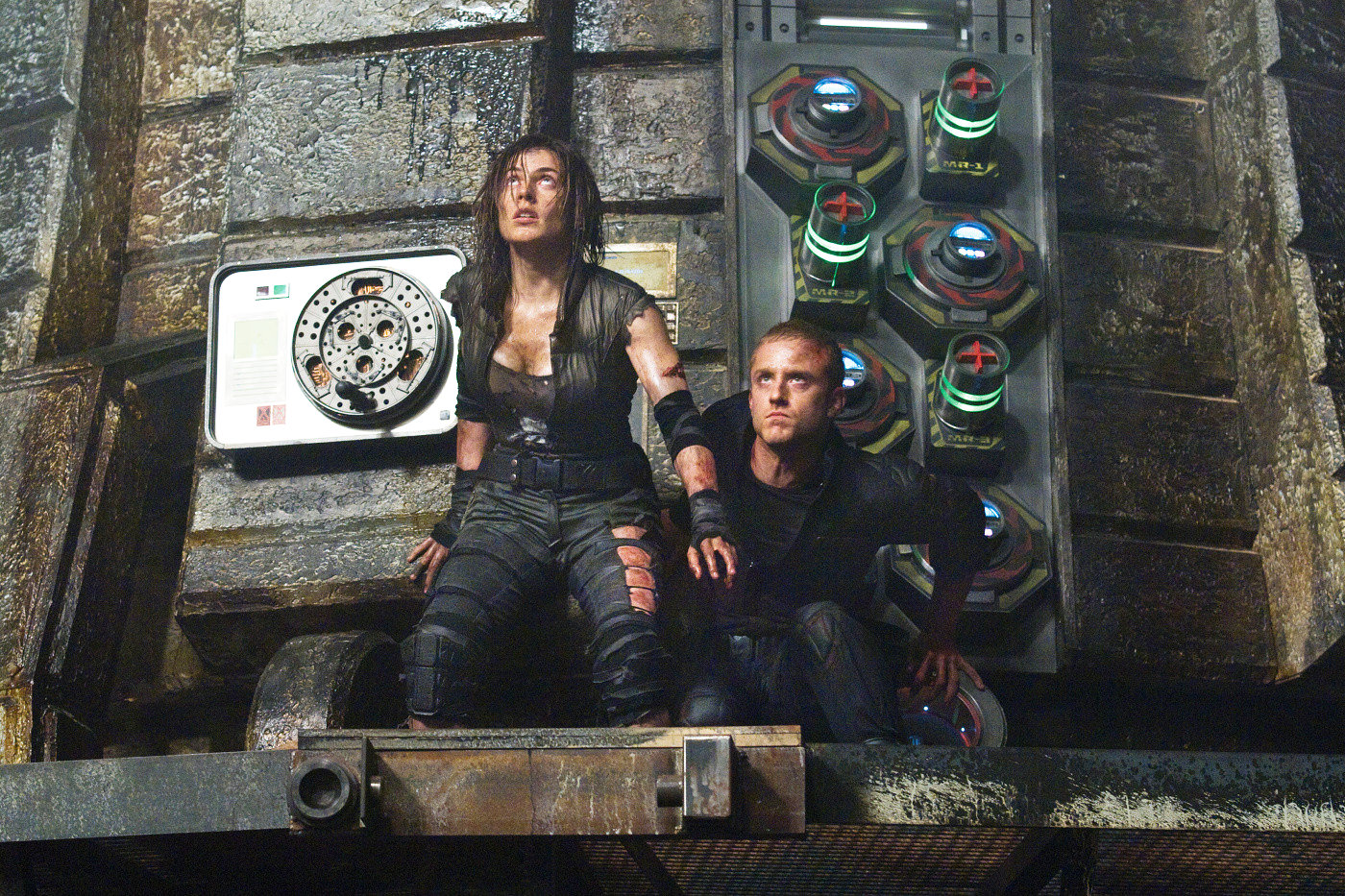 After watching it again 10 years later, I moved Pandorum down a star, and I think that’s being generous.  Its director is German, has dabbled in Hollywood, but hasn’t ever created anything that stuck, and I’m surprised that I thought Pandorum was a success when I first saw it, because it’s clear now that it never could have been.  I was impressed by the backstory, which I thought was solid, and the twist, which I thought was cool, and definitely by Ben Foster’s acting, because he’s a little genius.  But seeing the movie now, even taking that all into account, it’s obvious that the project as a whole is an amateur one, and has more problems than it does reasons to watch.

The spacecraft Elysium is transporting thousands of humans to their new home, an Earth-like planet discovered in the hour of mankind’s greatest need, as food and water become scarce and population becomes a cataclysmic problem.  This new home will be our saving grace, but only if we can get there; the crew sleeps most of a journey that takes years, waking in shifts as they approach the planet.  At least that’s the plan, but something goes wrong, and when Bower wakes, his only companion is Payton, and there doesn’t seem to be anyone else around.  When he goes exploring to save the ship from a power surge that threatens its survival, Bower finds that two kinds of passengers are indeed on board: those fighting individually to stay alive and a group of creatures that may be from outer space, or may have originated withing the doomed ship itself.

This movie was made in a time when Ben Foster was still breaking out of his Flash Forward mold, trying to become a legitimate adult actor, which 3:10 to Yuma helped with, and with audiences ultimately understanding that what we had on our hands was a tremendous talent that we needed to take seriously.  Ain’t Them Bodies Saints, Lone Survivor, Hell or High Water, Hostiles, Leave No Trace, Galveston; we get it now, he’s incredible, we just needed time to see it, and Pandorum was an experiment with some high points, I don’t blame him for being a part of it, especially when he was by far the best piece.  Like I said, the set up was really fun, the space adventure feel was genuine, the monsters look like examples that Fury Road took off running with, so there are sections to applaud.  But taken as a whole, the film feels amateur and shaky, like it could fall apart at any second, especially when Dannis Quaid is attempting to act, because he’s bad at it.  The horror half of the sci-fi/horror genre takes over a bit too much near the end, and the action gets silly, as does the direction, but I hold that there are strong nuggets along the way if you really look for them; just don’t look too hard at all the rest.