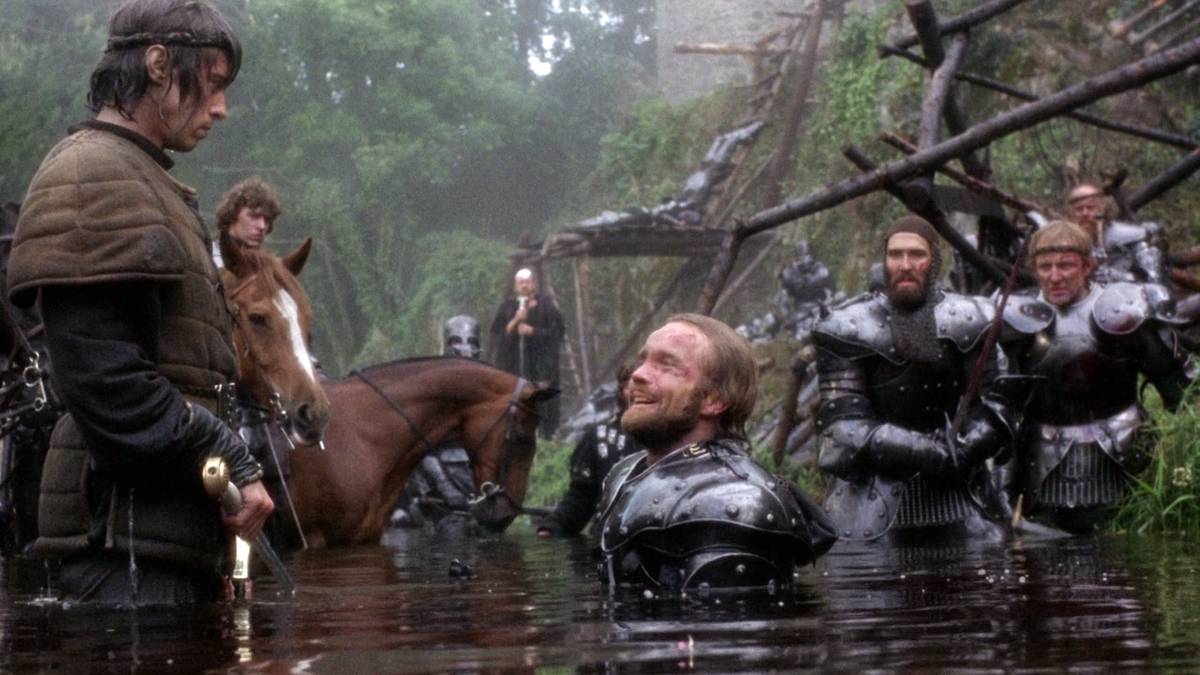 I remembered this film, this 80s fantasy version of the classic tale, as being a little wacky and a little weird, done in a style that set it apart and burned itself into my memory. But I wasn’t prepared for, or had simple forgotten, how acutely bizarre this movie is, how every single scene is shot as if by a mad scientist who happened to have stumbled upon the Arthurian legend and decided to mix it with magic & with poison.  The result is like nothing you’ve ever seen before; Camelot meets Legend, Deathstalker meets Willow.  I’m not sure I can, in good faith, recommend this experience to you; it’s bonkers before its time.  But I also can’t warn you away, because it might have just landed itself on my all-time favorite cult classics list.

We all know the tale, but you’ve never experienced it quite like this.  Uther Pendragon was a mighty knight, with the sword of power Excalibur and the cunning wizard Merlin at his side.  He became King through test of arms and a fragile alliance, which he broke for the lust of a woman he simply had to have.  The child of this union was Arthur, a boy raised by a surrogate father after Uther’s death, a young man who pulled the sword from the stone and showed the world that he was the one true King.  He would unite the land, his health and happiness making the very earth spring forth life, with the beautiful Guenevere at his side.  The Round Table was formed, Lancelot arrived, all was well, until the unlawful love between two desperate people tore it all asunder.

The story is still the same as always, but Boorman did throw in enough extra to keep audiences interested and to set his film apart.  We get Morgana & Mordred, Merlin wielding the magical power of the Dragon, the quest for the Holy Grail, a couple wars, the Lady of the Lake; the elements are standard, but not many are left out, and each one is touched with a wild energy that makes this version so unique.  There is a creepy, green light that plays throughout, especially when Excalibur or magic is involved, there is a chorus of otherworldly voices that deliver the soundtrack, there is an element of melodrama to each line delivered; it’s like a play and a horror flick and a novel and a fantasy gem all melted together.  And the cast, wow, if the names at the top don’t pop out at you the supporting actors will: Helen Mirren, Gabriel Bryne, Liam Neeson, Patrick Stewart, Ciarin Hinds.  Excalibur is long, it’s odd, it’s a story we already know, but somehow it’s also a phenomenally original piece of cinema that is just as good 30-some years later, a film that you’ll never forget.