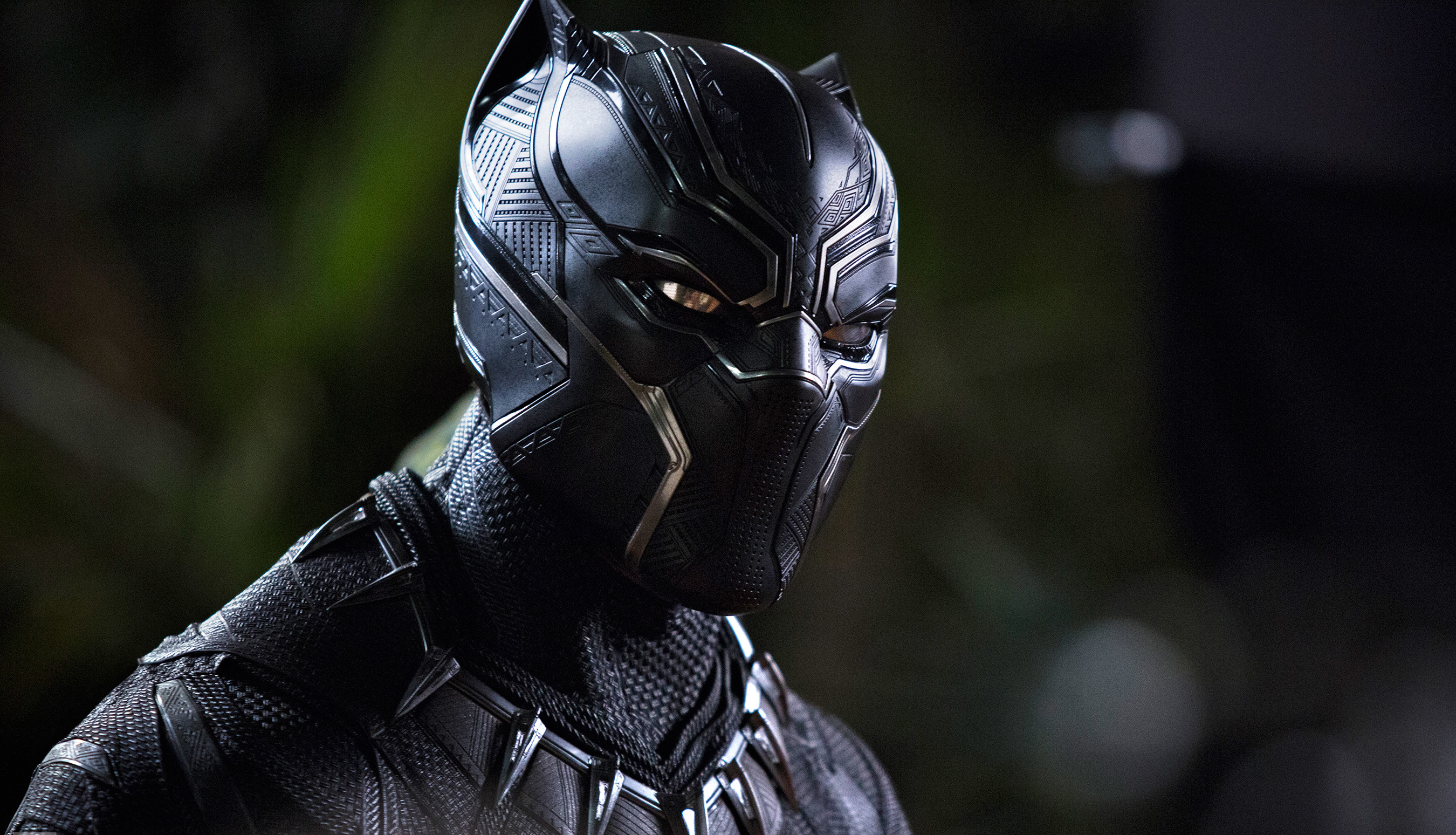 Black Panther was cinematically introduced in Captain America: Civil War, and he was definitely one of its strongest parts.  That character is completely and roundly awesome, with a few superpowers, a ton of natural skill, and a backstory to give him depth.  We’ve seen him out of his element, kicking ass, seeking revenge, now we get a look at his homeland, Wakanda, a place of secrecy and beauty more like Krypton than NYC, the hidden gem that houses the precious vibranium.  If you’re into comics and MU movies, you’ve been looking forward to this one, a longer look at one of the cooler cats that fight with the mighty Avengers.  And I’ve got good news for you; it doesn’t disappoint.  Black Panther is part origin story, part new adventure, a fresh take on the genre, with a cast that will knock your socks off and an underlying message that doesn’t let you leave without riding the wave.

The king is dead; long live the king.  A new Black Panther has come to the throne after the death of the great Wakandan ruler, his son claiming the title and defeating the challengers to earn the right to rule his people.  He is already housing Captain America’s friend Bucky Barnes, but his nation is also hiding vibranium-laced supertechnology that they keep solely to themselves, both to keep dangerous weapons out of evil hands and to protect their beautiful land.  Black Panther wants only to keep his people safe, while others close to him want to help the outside world, a prospect that comes with its own problems.  But the outside world is coming in, whether they want it to or not, in the form of Erik Killmonger, a trained murderer with a secret past.  His appearance will rock the Wankandan way of life, and will also change the fate of the entire world.

Chadwick Boseman is becoming the biopic king, which isn’t my favorite genre, but there’s no denying his ability to assume a real life role.  What makes him great is his ability to also weave yards of his natural talent into the true character, to show us that he has skills beyond simple copy work.  42, Get on Up, Marshall; these films by themselves aren’t phenomenal, but you can see a rising star working his way up through every one.  Boseman was also Floyd Little in The Express, a role that’s close to my heart, being a Broncos fan, and he was also an athlete in Draft Day, another football flick, this time fictional.  The guy can do it all, and is only now blossoming into a major film actor at the age of 40; he looks and seems half that age.  He is a perfect choice for T’Challa, delivers another excellent performance in the Universe, and should be a staple to the Marvel diet going forward.

And then there are the dozen co-stars around him, a few more than needed perhaps, because the plot does get a little cloudy at times, but solid nonetheless.  Nyong’o, Jordan, Danai Gurira, Martin Freeman, Daniel Kaluuya, Letitia Wright, Sterling K. Brown, Angela Bassett, Forest Whitaker, Andy Serkis; again, perhaps a little overkill.  I thought Michael B. Jordan stole the show, while Martin Freeman was completely pointless and Angela Bassett was cringe-worthy.  With all these side actors, you need side stories, and that’s where Black Panther was at its worst.  When we should have been focusing on the epic battle between Panther and Killmonger, we were watching Kaluuya on a rhino instead, which was both odd and completely unnecessary.  The film could have been slightly more focused and tightly-woven, but that’s probably my only major critique.  The cinematography was breathtaking, the African cultural elements felt real when they could so easily have felt forced, and the messages behind the story (isolationism, xenophobia, compounding wrongs) were too bright to miss.  Watch this latest addition to a franchise that is quickly turning into a legacy with confidence, pride, and an eye toward the horizon. Everyone was good but Michael Jordan was fabulous!!! I loved the movie overall.

I agree, he stole the show.