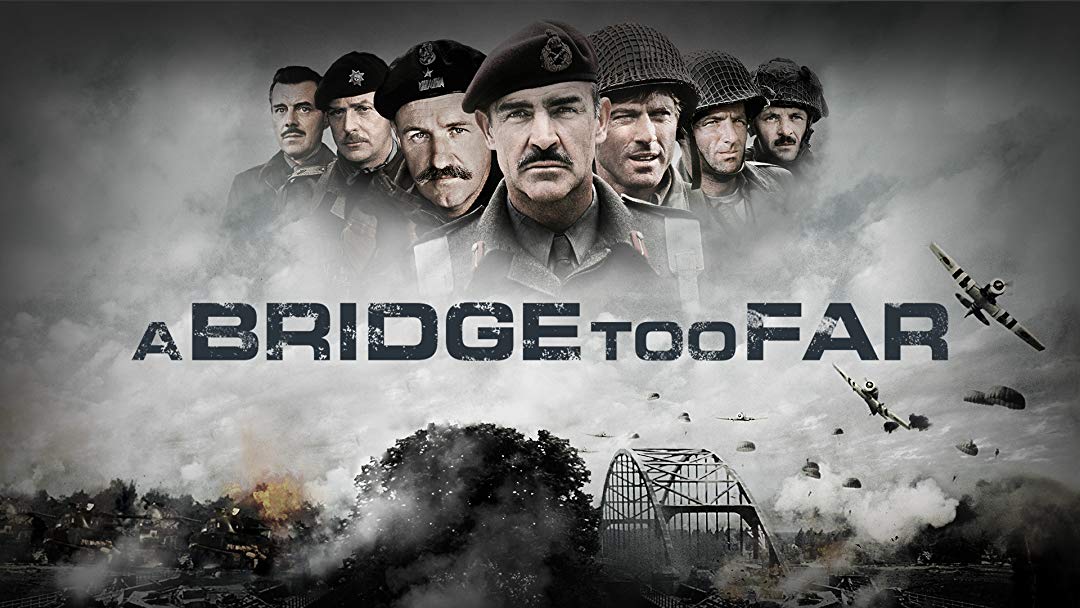 Where The Bridge on the River Kwai and The Great Escape succeeded, A Bridge Too Far failed.  Although, those former two are POW movies, where the latter is about active warfare, so perhaps it would be more appropriate to compare it to two more modern features, like Saving Private Ryan and Band of Brothers.  Those succeeded as well, where A Bridge Too Far failed again, so, perhaps no matter how you look at it, this 70s battle drama simply didn’t work.  Director Richard Attenborough seemed more concerned with bringing us reenactments of a scale we had never seen before, and while that’s all well & good, he forgot that we require a little more from cinema.  Maybe he thought the true tale would bolster the film, and that he wouldn’t need standard plot pieces and good acting to help audiences to the finish line; if so he was simply wrong.

In the fall of 1944, the Allies were winning the war.  D-Day had been a dramatic success, with American forces streaming across the beaches of Normandy, liberating France, and driving toward Berlin.  But that’s where the march ended, too far west of Germany, where supply lines began to stretch far too thin and cold weather grinned grimly over the horizon.  Without being able to finish the end, the Allies began to worry, but the British had a plan.  It was called Operation Market Garden, and the aim was to invade into enemy territory throughout the Netherlands, taking the Rhine by taking its bridges, and therefore creating an easy path to the heart of Germany; war over by Christmas.  But what followed was a disaster as bad as Dunkirk, a complete bungle of a strategy that seemed so foolproof.

Attenborough was in The Great Escape, he should have known what a WWII movie should look like, but he just wasn’t able to reproduce that same caliber.  He relied far too heavily on history, just opening the book and hoping we’d enjoy what we were reading.  Now, I’m a history buff, I love World War facts, I know about this campaign, but to watch a film about it I need something other than pure reenactment and troop deployment, no matter the scale; I need theatre.  A Bridge Too Far is only a chance to showcase old planes and equipment, to paint us a living picture, maybe to bring heroes to life, which is all well and good, but you hardly need even to tun the volume on, you could watch with no aim but to see some guns being fired at some brick walls.  That’s not enough, not if you want to make anything other than a History Channel original, and not having this amazing of a cast at your disposal and doing almost nothing with them.  The names are astounding: Sean Connery, Ryan O’Neal, Gene Hackman, Michael Caine, Anthony Hopkins, James Caan, Elliott Gould, Denholm Elliott, Michael Byrne, Laurence Olivier, Robert Redford, John Ratzenberger, Edward Fox, Hardy Kruger.  But they almost none of them did any acting, what little there was was poor, and nothing was available to help them make audiences believe they were anything by big names cast as real people.  A Bridge Too Far is your average dad’s perfect movie, because he likes telling you WWII trivia and he likes Gene Hackman, but that doesn’t mean it’s a film for the rest of us, or for anyone who notices the details of the craft over the details of the recount.