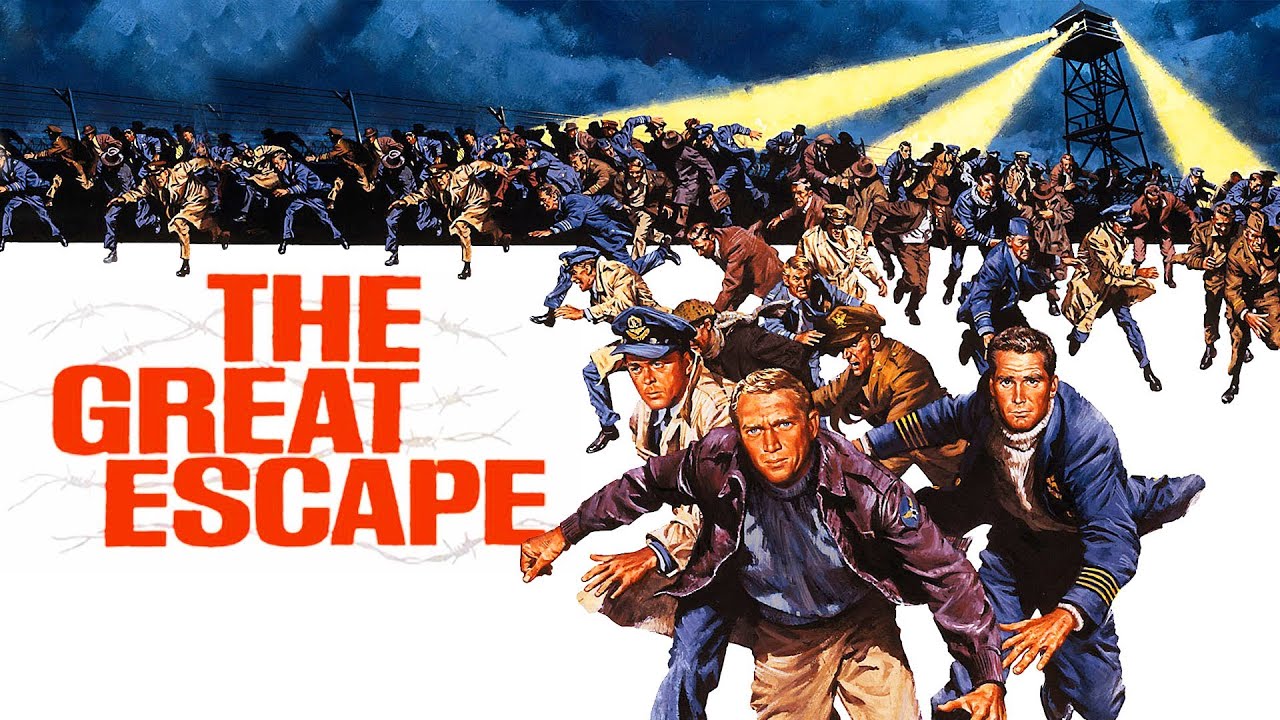 The Great Escape was released in the summer of 1963 and we STILL haven’t seen its equal.  The Bridge on the River Kwai is close and was made first, Saving Private Ryan is a modern miracle and depicted the same period, but there’s something special about The Great Escape that I don’t think will ever be repeated; I guess that’s the sign of a true masterpiece.  Because, not only did this film get war right (and from a unique perspective), but it combined so many other elements that make cinema hum into one specific, shining gem, and you can see that as readily and as obviously as popping in the DVD and opening your eyes.

As WWII rages on, American, British, and Allied soldiers that are captured by the Germans during battle are held prisoner in camps deep behind enemy lines, kept for the duration of the war as POWs.  They aren’t treated terribly, they are afforded certain amenities, especially the officers, who are asked to lead their men with decorum and dignity, even as they are captives of the Nazi machine.  But Allied troops have sworn an oath not to go down without a fight; their mission, while being held prisoner, is to harass the enemy, to require the highest number of guards possible, to cause chaos when they can, and, basically, to escape.  This is the true story of a group of officers known for their elusive abilities, rounded up in one super-fortified camp, all the rotten eggs in one basket, and told that their disruptive actions must cease.  Instead, what came next was a massively organized mass breakout that would go down in the history books as one of the most daring moments of the entire war.

This tale isn’t fanciful, it’s simply real, and it tells of the brave men who were willing to risk their lives, when they had already lost their freedom, to fight against their common enemy with whatever means were at their disposal.  That meant escape, or at least attempted escape, and their mission would become a thing of legend, that we get to watch happen because of this amazing film.  The Great Escape is part true story, part war drama, with all the added elements you could ever want; incredible music, stunning realism, moments of light entertainment, and times of great sadness.  And then there’s the cast, which is simply stellar: McQueen, Garner, Attenborough, James Donald, Charles Bronson, Donald Pleasence, James Coburn, Gordon Jackson.  It’s epic, it’s easy, it’s funny, it’s heart-breaking, and it’s always pushing forward toward an ending that you’ll have to see & feel to believe.  So many films deserve to be called classic, but very few deserve it as much as The Great Escape.