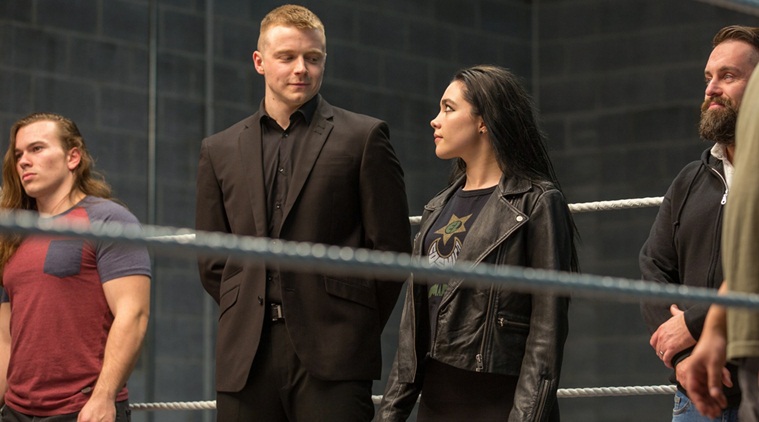 I’m not sure there’s a cuter duo you could put on screen than Florence Pugh & Jack Lowden; having them play bro & sis in an unexpectedly heartwarming tale was the best decision any filmmaker made last year.  Merchant gives us what is essentially his directorial debut, and he chose his stars wisely, because this is a team, from top to bottom really, that’s set up to succeed.  Pugh could not possibly be hotter right now, Lowden is just so likable, and the supporting cast is strong in every direction; Fighting with My Family may not have the highest ceiling, but it was also almost guaranteed to win.  A true story, solid acting, a unique subject, British accents; I’m in, tell me where to sign.  Because, although this isn’t the best film out there, it’s one everyone can enjoy if they allow themselves; not every feature focused on entertainment can say the same.

This the real origin story of a professional wrestler; if by “professional” you understand that I mean staged wrestling like the WWE, which is no easy gig, but does lean heavily on the wow factor and not too much on actual sport.  For the Knight family, wrestling is in their blood; mom & dad have always done it, now son & daughter carry on the tradition, and they take it very seriously, even though they admit that it’s scripted, but the athleticism of the matches is quite real, can be physically dangerous, and takes skill to pull off.  Saraya and Zak, the kids, will get a chance to prove to the world that their dream is no joke when they receive tryouts in front of a WWE scout, who holds their careers in his hands.  But bouncing off ropes is only part of the game; your character, demeanor, and confidence matter most of all, and Saraya especially will have to dig down deep to find the bravery inside herself to stand up among the gods of the industry and shout her own name.

Florence Pugh can do not wrong; I hope you all agree.  She is talented & beautiful without seemingly having to try too hard, and that ease is so captivating & likeable.  She’s just a spectacular actor and I always love what she’s doing with her characters, plus she’s proven that she can literally do any kind of role.  Here she’s a goth wrestler from England trying to make it in America and feeling left out of the T&A show; that can’t have been an easy project to dive into, physically taxing as well I’m sure, but she makes it look like a walk in the park.  Jack Lowden is great too, a wonderful compliment, and so is the rest of the cast: Vince Vaughn, Nick Frost, Lena Headey, Dwayne Johnson.  I watched a little wrestling once upon a time, I understand the soap opera appeal, so that was a nice reminder of a good time, which was cool.  I guess I’d stop short of calling this movie awesome, even though I quite liked it, because it definitely did have a certain ceiling.  The plot arc was typical, it slowed in the middle, I don’t think it ended particularly well, it was just overall a nice sports/underdog story that had better actors than it did basement bones.  Perhaps it boils down to would recommend, but can’t rave about, even if the individual pieces were well formed; maybe they didn’t end up meshing perfectly.