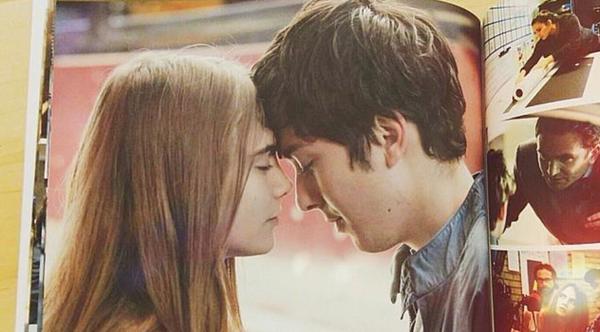 I knew I watched Behaving Badly for a reason.  Now I at least know who Nat Wolff is and can say that I saw him when if this movie becomes a big hit or he becomes a name actor.  When I pulled up this trailer, I was shocked to see that millions of people had already viewed it.  I must have been in a cave, because I didn’t know they were making another John Green movie (The Fault in Our Stars) and I didn’t know he was so popular.  Well, I actually think this looks watchable in a sappy kind of way.  Coming-of-age movies are always drawing because we know what that’s like.  It just takes a good director, script, and an actor to pull off the inherent over-dramatic story.  We’ll see, but I at least have hope.

Trailer looks good, I hope it turns out. John Green is flipping awesome!!!

I think it has promise.