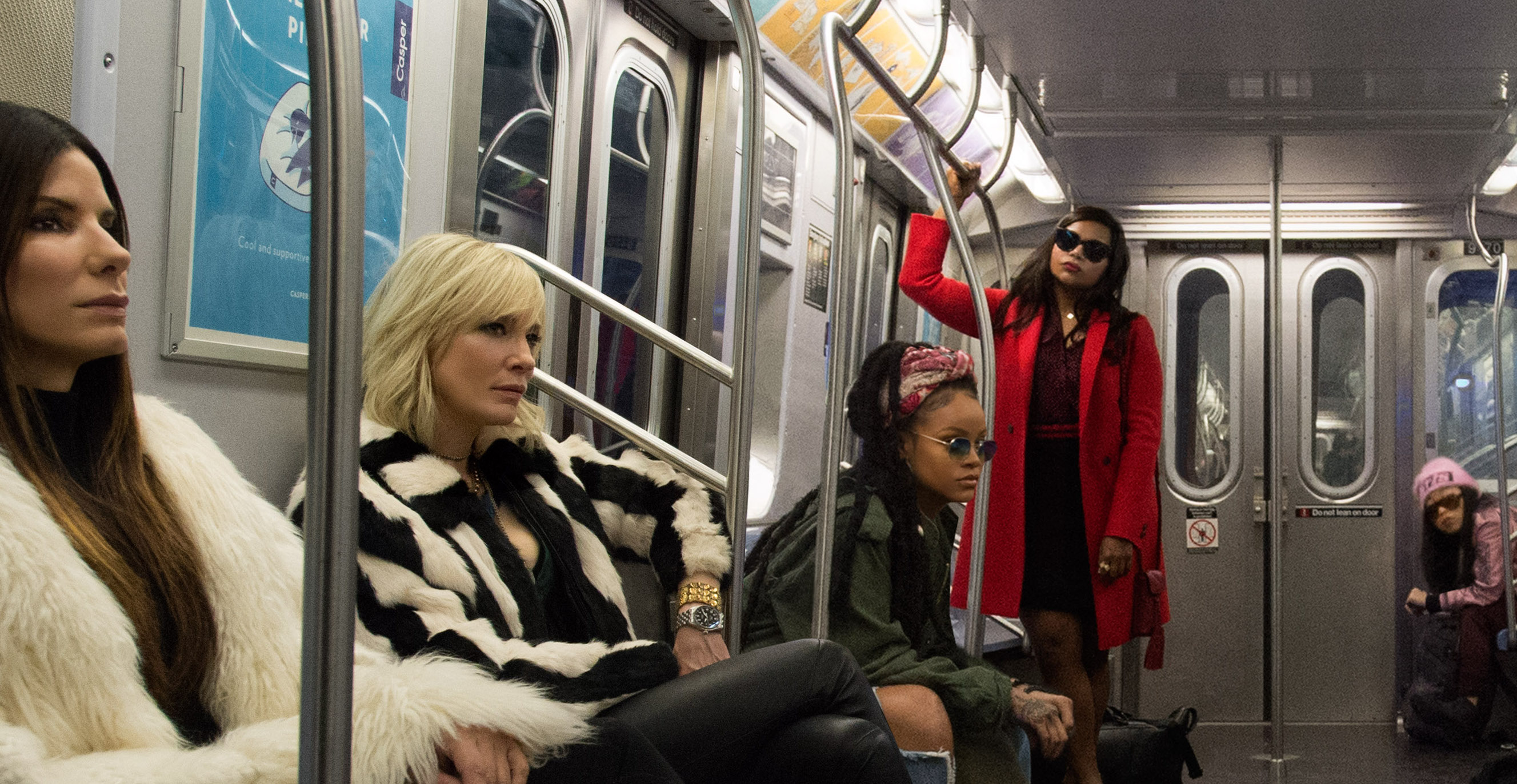 So. Many. Thoughts.  Let’s start with Gary Ross, who is an odd choice for director, as he’s only done four movies: Pleasantville, Seabiscuit, The Hunger Games, Free State of Jones.  A strange mix, although he’s a writer as well, and he wrote this film, so give the guy credit for trying.  Next, I didn’t actually really like the original trilogy of Clooney movies; they’re OK, but they’re kinda silly/sloppy/strange, so I’m not excited about a reboot.  And then, it’s an all-female reboot to boot, which I know makes anyone who complains about it a sexist, but I can’t help myself, I need to complain just a little.  We don’t need this movie, we didn’t need a Ghostbusters remake; if you would like to make an empowering, feminist, feminine film by all means yes, do it, please, make it strong, raise you voice.  But why only piggyback off past successes?  Maybe the answer is that they don’t think they can get an audience, that our patriarchal world will deny it, and that’s a legitimate point.  But still, I’m sorry, I just don’t want to see this movie. Take these actresses, because some of them are very talented (not all, obviously), and create something original.  Not a bachelorette comedy or vacation flick, but something real, and I’ll be there to watch it.