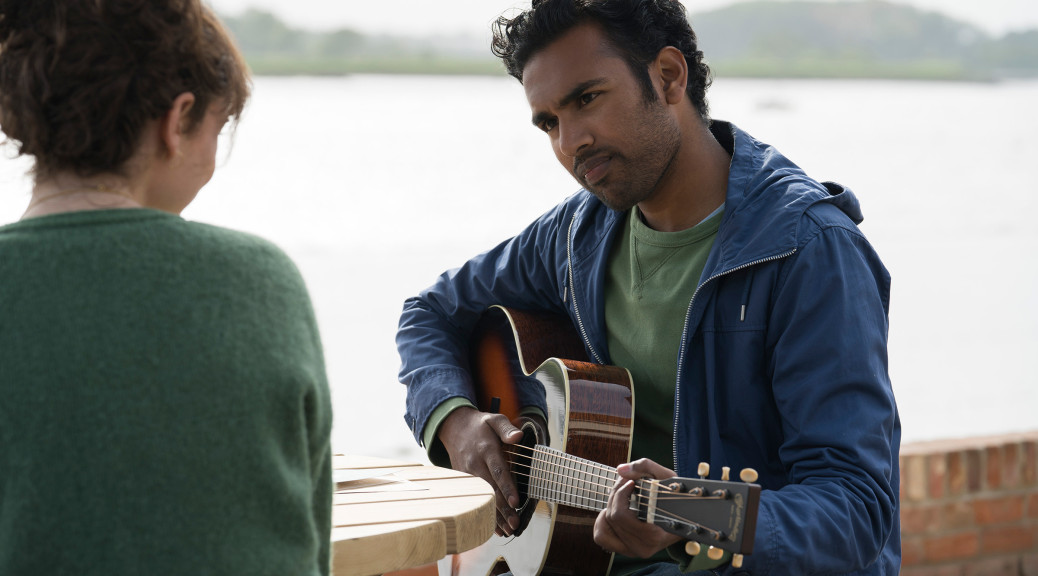 Danny Boyle has earned the right to experiment a little, but his bizarre manipulation of cinematic norms (not to mention dimensional shifts) yielded something strange, as Yesterday becomes a movie you wanted to love rather than a film you can respect.  Boyle is a great director, extremely versatile, has a lot to say, but taking a bizarre story and then matching that level of weird with the structure of the film itself was a bad idea from the beginning, and created a ceiling that, sure, was reached, but was never very high.  Yesterday is a fun flick for Beatles fans, a cute love story, and maybe even a nice lesson on life’s odd paths, but it could have been so much more, and so can’t be considered much other than a swing & miss.

Jack is a failed musician by any account, and is considering giving up the gig.  He has a day job stocking shelves, has put 10 years of his life on hold to try to make it big, but can’t book anything other than third rate shows, no matter the tireless effort of his manager Ellie, who is obviously in love with him, though he’s too stuck in a rut to see it.  But things are about to change, beginning with something bad and ending with something stranger than fiction.  One night, the power goes off all over the world for some inexplicable reason, and at the same time Jack is hit by a bus.  When he wakes up, he soon discovers that the world has shifted, and many popular people/products/pop icons never happened: Coke, cigarettes, The Beatles.  When Jack plays Beatles songs from memory for his friends and family, they are blown away, telling him that he’s finally written something the world needs to hear, and so begins a dishonest & meteoric rise to fame, with a guilt at the core that will spoil the whole thing,

It’s a very clever concept, having the world miss out on so many huge cultural impacts, or having Jack transported to another dimension; the details are fuzzy, but they don’t matter in the slightest, this isn’t a sci-fi flick.  It’s a drama about making choices and capitalizing on opportunities, although the ones you pick to move on might not be the ones that would have truly made you happy.  The Beatles music is great, obviously, and there’s not much other music in the film, it’s strangely quiet at times, which I guess was a deliberate choice.  Other choices seemed even stranger, and I didn’t really like the direction that Boyle too the idea.  It was too jerky, too frantic, had too many characters, and he just made bad choices at key moments, which I found startling, coming from a director I trust to do solid work.  The acting was fine: Patel was great, James is perfection in everything, McKinnon was fun I guess.  But the film as a whole just didn’t sit right, it was oddly amateur, or was perhaps simply risky and unusual without the the payoff of working out the way it was intended.  Still, you can’t go wrong with British accents, The Beatles, and Lily James, can you, so it’s not a total loss, just not the total success that was possible.