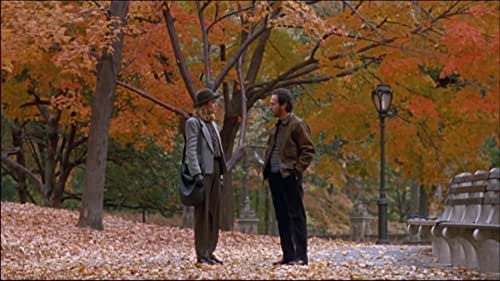 When Harry Met Sally is the greatest rom-com that ever stole its way into our hearts, and it’s really not even that close.  No other film exhibits this much magic in the telling of a singular, comedic love story, and, given the genre and how hard that appears to be to do, that feat is even more impressive.  Rob Reiner, Nora Efron, and all involved deserve a special award made just for them with their names on it, to be handed down to any (and few) who are able to accomplish the same; crafting a plot based on love that’s funny & heartwarming in exactly these right ways.  Simply put; this movie is a masterpiece.

At first, they hated each other; well, Sally hated Harry, cause he was hitting on her and seemed to be the most negative human in the entire world.  But there was more to Harry than his unhappiness, and there were darker parts to Sally that she just hadn’t had enough disaster to identify.  Somewhere through the years, these two unlikely allies became friends, and then something even more; potential lovers with a thousand reasons to not give it a go.  But love is not quiet, sometimes it’s downright rude, and it came bursting through for this New York City pair, despite the promises they made to themselves.

This story is magic; hooray Nora.  And the direction is seamless; way to go Rob.  AND the acting is terrific, so just, nice job everyone.  This is about as close to perfection as you can get, combining mood, music, scenery, dialogue, side characters, love, loss, and true passion into something lasting that will never lose its power.  When Harry Met Sally watches as well now as it did then, tells the same romantic story with fervor, and delivers the same classic lines over & over until you know them by heart and love them all the more.  This is what a classic looks like, this is how filmmaking should flow.