Movie Review – The Worst Person in the World 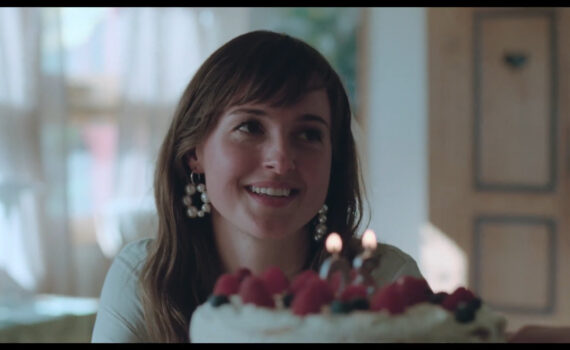 Movie Review – The Worst Person in the World

If I wanted to watch a two-hour montage of bizarrely-terrible decision by an otherwise-normal young woman, I’d log into Facebook and scroll through some updates from random people I knew in high school, who probably didn’t know what they were doing then and definitely haven’t learned it since.  In other words; I didn’t really like this movie.  Amelie it was not but was desperately trying to be; in stead it was simply depressing and unnecessary, with only a few redeeming characteristics.

Julie from Norway doesn’t know what she wants to be when she grows up; not so bad, most of us don’t, hang in their Julie.  But she also doesn’t know who she wants to be now, and simply looks for the next major, the next career, or the next man to define her life, since she sure as hell can’t define it for herself.  The result is a rather upsetting form of wanderlust in which she never sinks into anything nor really enjoys much beyond fleeting fun.  Will she ever find her calling or her place?  It’s doubtful.

First, the positives I guess, cause there were a few, though not the great number that most film critics are slobbering to tell you about.  No, this isn’t the best movie of the year, no it’s not a masterpiece, and no it’s not gonna change your life; it’s an artistic piece with a few things to say and to show, some nice scenes with some nice messages, but really a short rather than a full film.  It’s otherwise boring, overworked, stolen from better, and not that endearing, as I didn’t find myself caring for Julie’s sad existence one bit.  She’s just a girl making poor, snap decisions, and I don’t need that in my life.