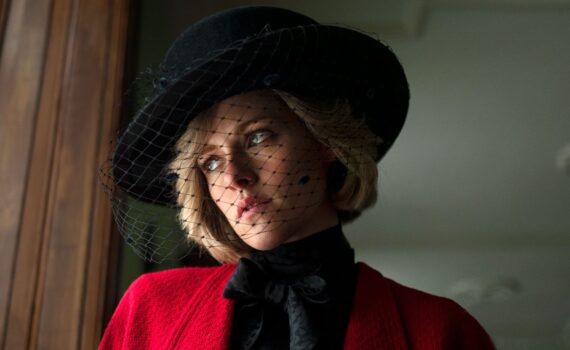 Spencer is Jackie and Downton Abbey, but not nearly as grand as either.  It’s simply not a very good movie, and Kristen Stewart is simply not good in it; that she became the belle of the ball this Oscar season is perhaps predictable but still quite confusing.  Stewart is obviously not just Twilight, we’re far past that, she’s a legitimate young talent with a bright future, but this film is not that fact on display; it’s one of her weakest, oddest, most affected efforts, and I’m surprised that more critics aren’t doing their jobs and being critical of this misstep.

Labelled as a fable of what could be a true story, Spencer is an imaginary look into the private life of Princess Diana, on the eve of her decision to divorce her husband and run away with what life she has left.  Living with the Queen and all the accoutrements that go with her during the Christmas holiday, Diana struggles with her own mental & physical health while trying to put on a face that the royalty and the public both want to see.  With her boys by her side, she begins to imagine taking a leap of faith toward an uncertain future.

Casting Stewart here was a mistake; I don’t normally care if an American is British, or a Brit American, but it simply didn’t work here.  Everyone else around her fit like a finger in a glove, but she stood out; as an outsider, as fake, as oddly-accented, and as disingenuous.  Her breathy manner was both odd and tiring, always feeling like a performance and never like a human being.  And the film itself was bizarre; dreams, fantasies, visions, secrets, and meanwhile Diana throwing up her food.  Jackie is by far the superior Larrain film, far superior, and to try to capture that magic again with this actress and this mood was disastrous.