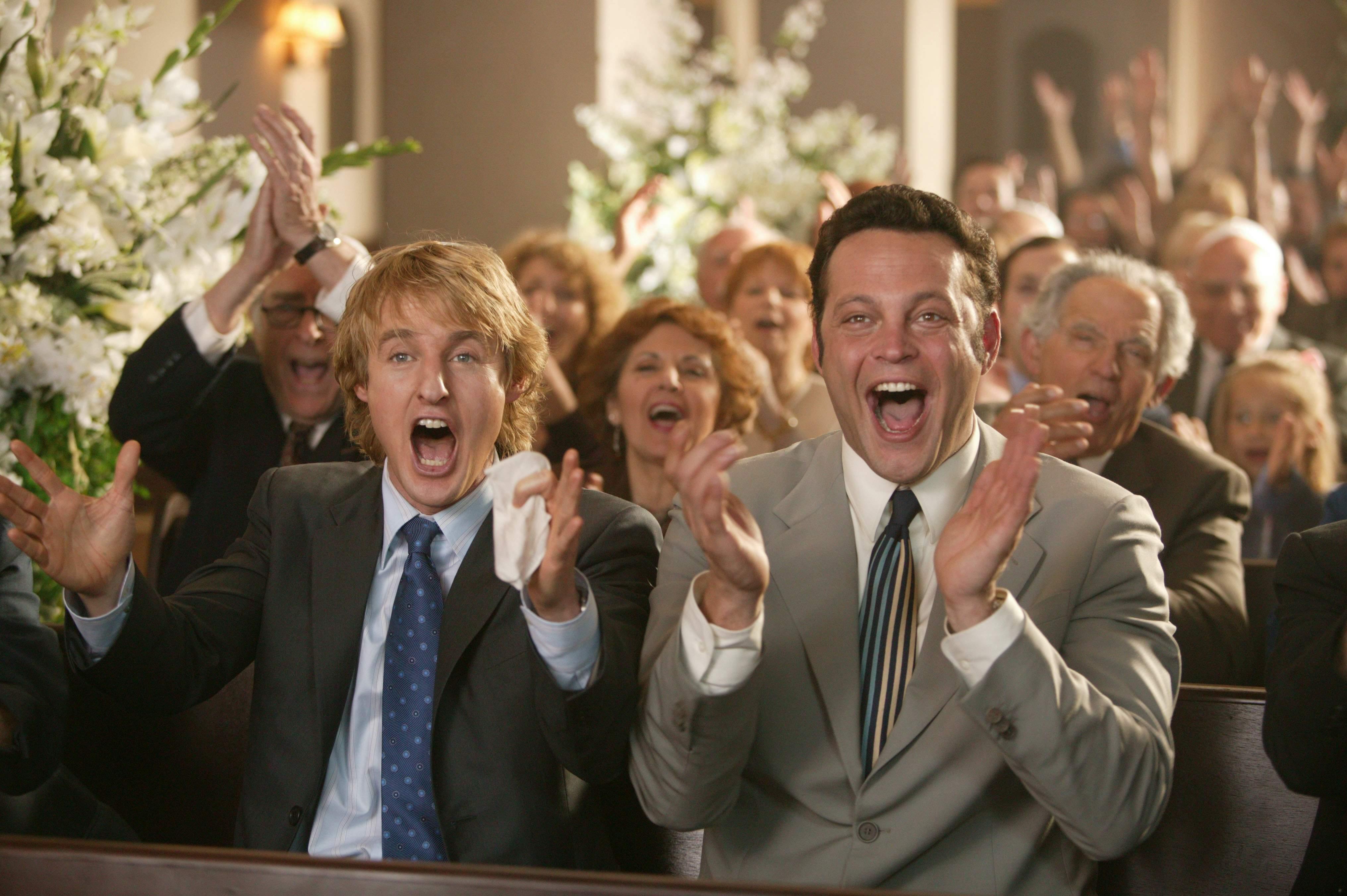 At the peak of their comedic careers, Wilson and Vaughn met up for Wedding Crashers, and that’s about all their is to say about that.  If you look at Vaughn’s filmography, it’s Old School, Dodgeball, and Wedding Crashers, and that’s really it, those were his two or three years.  Wilson has done more, there’s always his work with Wes Anderson and Derek Zoolander, but really, after 2005, the well dried up.  This ridiculous movie is the last best thing they had to offer, which I guess is a little sad, since it’s been almost 15 years, but also, hey, at least they gave us something special.  Because Wedding Crashers is really special; it’s the kind of quotable film that only comes along once every few years, and although it’s often so wrong, it’s also often done so right.

John and Jeremy are best friends and fellow lawyers who moonlight as wedding crashers, taking three weeks during late spring/early summer to visit as many weddings as they can, working their magic on the dance floor and, later, in the bedroom.  The idea; crash the wedding, pretend to be a long-lost relative, lie the entire night, have the time of your life, and go home with a bridesmaid.  And it works, but John is getting a little tired of the charade, and is thinking about settling down.  But Jeremy has one more score lined up, the wedding of the decade; the daughter of the Secretary of the Treasury.  He also has two more daughters, one who John falls for and one who won’t leave Jeremy alone, creating an awkward situation when they’re invited back to the house for the weekend.  Will their lies hold up, will they fall in love, and will they make it out alive?!

As comedies go, this one is iconic.  Yes it’s also juvenile and probably insulting on many different levels, but it’s also absolutely hilarious.  Give credit to the leading pair, for they really did reach a level here that must have been the very best they could do, because they sure never did it again.  Wilson & Vaughn play off each other so well, and their dialogue is a thing of timing and of beauty, with lines that we will never forget.  And the supporting cast is tremendous; Christopher Walken the veteran, Jane Seymour turning heads, Rachel McAdams with real talent, Isla Fisher stealing so many scenes, Bradley Cooper the perfect villain, Will Ferrell making an appearance.  So much came together so perfectly, making Wedding Crashers a cult classic comedy that will live forever.