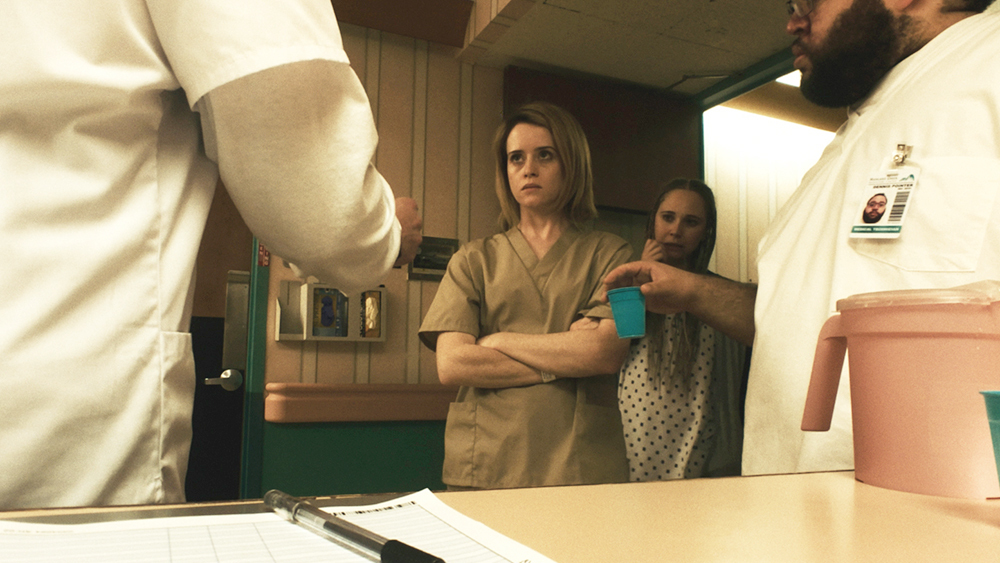 The hook with Unsane is that it was shot on an iPhone.  That’s right, an iPhone, that’s the camera that was used to film this movie, an iPhone 7 plus.  That deserves some applause, that a filmmaker was willing to bring things down to their bare bones, to capture a feature on something simple, to make it all about the action and the characters and the script, to take everything else away.  It’s a great idea for this genre, horror/thriller, because we don’t really care how amazing the visuals look, we simply want to be entertained.  The problem arises from the feel that filming on an iPhone brings; instantaneously audiences are hit with the thought that it looks like we’re watching something our artistic, eccentric filmmaker friend captured on video because he was being weird.  In other words, directors use expensive cameras for a reason, and I think we all just saw why.

Sawyer, a young woman who has just moved to a new city for a new job and a chance to start again, is running from something.  A man named David became obsessed with her when she lived in her native Boston, taking it to the point of stalking Sawyer and endlessly declaring his “love”.  When restraining orders and expert advise didn’t help, she left the problem behind and started fresh in Pennsylvania, where she hoped she would never see David again.  But she constantly feels him over her shoulder, can’t get away from the idea that he will come for her, and so can’t possibly find happiness or peace in her new surroundings.  When Sawyer talks to a therapist about these concerns, she somehow signs herself up for observation is a psych facility, where who should show up but David, posing as a technician.  But is it really her stalker or is she seeing him everywhere?  Is she really sane and locked up by accident or is a ward the only place where she can finally defeat her demons?

It’s a cool concept I guess, forcing audiences to wonder at the stability of the main character; can we trust what she’s saying or not, is she reliable or is she actually going crazy?  It’s a smart idea, but I think the answer is revealed too early, and the rest of the movie turns messy as a result.  After the reveal, if you will, what we’re left with is a fairly standard plot without much original content to offer.  And then there’s the acting, which is pathetic and embarrassing, especially from anyone besides Foy, who was passable.  Everyone else felt like they were extras, or at least that quality, and it was no fun to watch.  The iPhone gimmick got old fast too, because, honestly, I don’t want to watch movies made on iPhones.  It just looks bad, like someone tried to make a feature film on an iPhone!  Doy.  What was he thinking?  It looks more amateur than it is, cheaper than it ought to be, and lazier than I’m sure it really was.  This was a cool experiment gone wrong, neither an impressive low-budget film or a well-made horror flick, settling somewhere in between at a place no one wants to go.