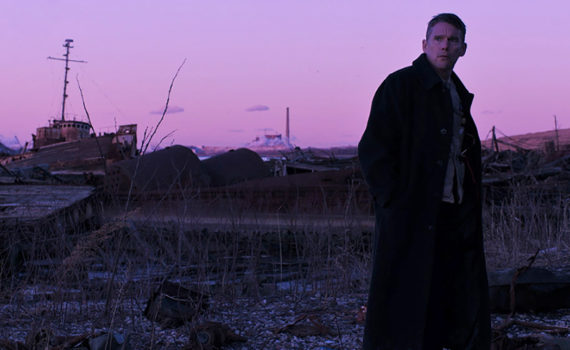 I know he wrote Taxi Driver and Raging Bull, which places him up on some cinematic platform, but Paul Schrader has never directed a good movie, and he hasn’t written anything of value for 40 years, so why are critics drooling over First Reformed like its the triumphant Schrader flick that we all expected and are blessed with being allowed to see?  I’m at a loss as to why so many have spoken up to praise this movie, which landed as flat at my feet as any other of this director’s past projects.  Sometimes I don’t understand the critical community; have they not been exposed to better, do they not know what stunning dramas look like, can they not smell terrible acting when it’s right under their noses?  First Reformed might have some strong qualities, but its failures outweighed its successes, and even its positives are so laden with affected, amateur stylizing that I hesitate to call them such.

Reverend Toller has manned the pulpit at First Reformed Church for years, despite little money, little attendance, and little reason to be there.  His story is a sad and terrible one; the loss of a child, the destruction of a marriage, a battle with alcohol, ultimate salvation by the grace of God and the selection of this New York church in which to do the Lord’s work.  But lately it’s been harder and harder to accept that this is what God wants, that He’s actually listening, that the world isn’t simply going straight to Hell no matter the efforts of those who call themselves followers of Christ.  When the husband of a pregnant church member needs a listening ear, Reverend Toller is there to guide, but the man’s worries begin to affect Toller in ways he didn’t anticipate, and he begins to wonder if what’s best for the world is that the end times come sooner rather than later.

First, Ethan Hawke is incredible.  Talk about a guy who has only gotten better with age, who has somehow become so excellent that we look back on his earlier work with a brighter eye now than we ever did then.  He’s got the chops, he’s on a roll, and a film like this is what we love to see from him, a challenging, complicated, melancholy character who works through trauma and desolation right before our eyes.  What he is asked to do in this movie is definitely trying, I’m glad he was given something so difficult, and the weight of the story matches his ability.  But that’s where the positives end.  Amanda Seyfried and Cedric the Entertainer are awful here, complete bonehead choices, like I don’t know what anyone was possibly thinking.  They destroy the credibility of the storytelling, and ruin the mood completely.  The trippy sequence in the middle that’s out of place, the laden environmental story arc, and an ending that’s not developed well enough to be believable; I have so many problems with this film that I can’t begin to understand its support from my contemporaries.  Schrader can’t handle directing the meaty character study he wrote, he didn’t surround Hawke with talent, and his style choices were completely opposite from what I would have done.  I don’t see eye to eye with supporters of this film; it didn’t sit right and didn’t deliver.