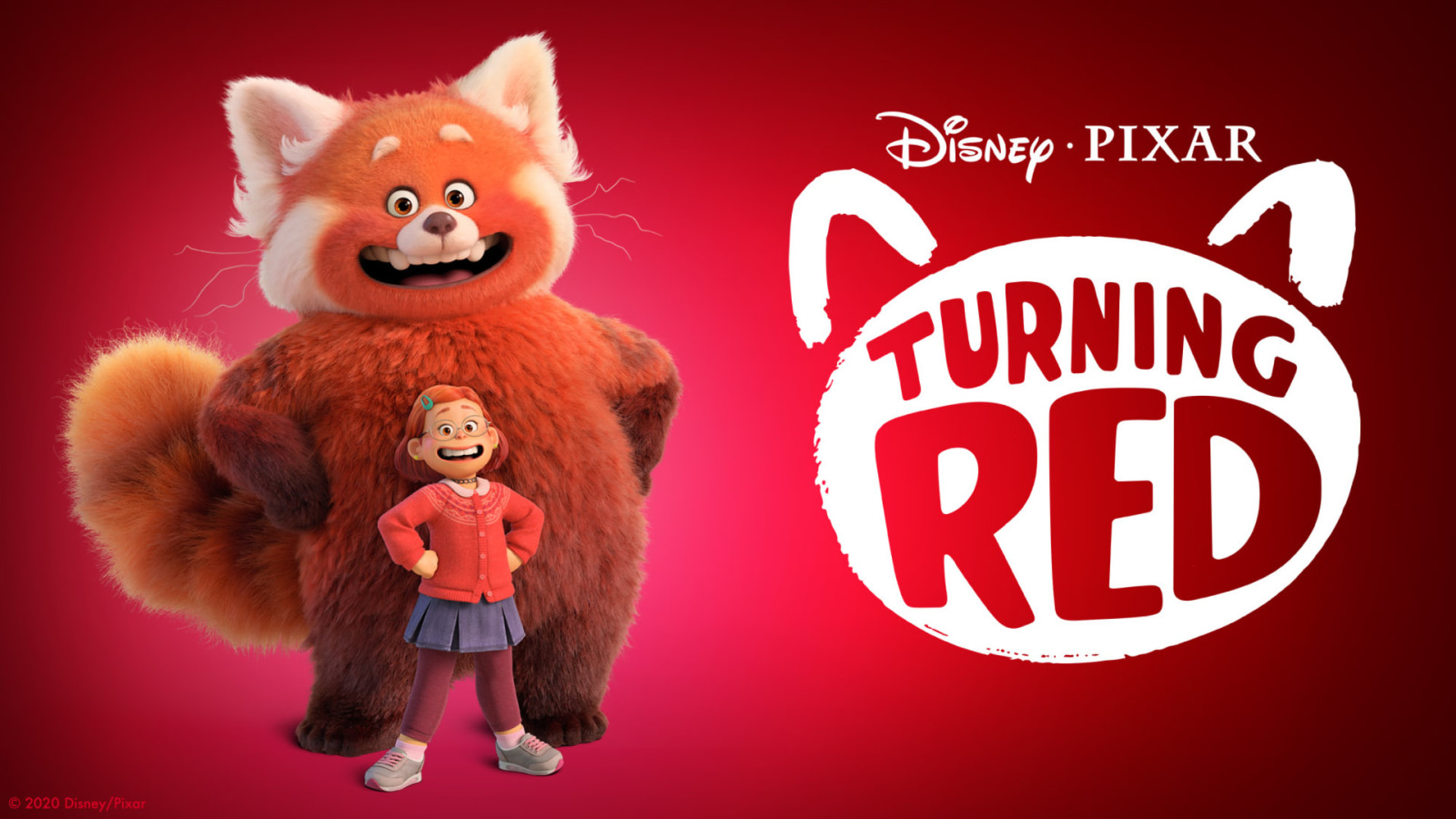 Pixar’s latest is in line with Disney/Pixar’s new mission; include everyone.  But instead of doing that through the use of animals, make believe, or more-generic characters, so that all can feel included in the story, their idea was to make hyper-focused stories about under-represented groups, therefor letting others into a world that has, so far, been very closed off.  With Turning Red, at least, I feel like that mission backfired, with a detailed tale that only really relates to the director’s exact life: Chinese family, moving to Toronto, raised by an over-bearing mother, learning to love expression & herself, growing up & out with difficulty.  So, while I don’t agree that this film can’t be relatable because, well, it’s not about me, I do think that’s it’s still too intentionally specific.  And, unfortunately, it’s also a bit of a mess.

Meilin’s family runs a traditional Chinese temple in Toronto, welcoming visitors to share in the ancient traditions, and honoring their ancestors through keeping their memories alive.  Meilin loves her home, her family, and her life, but her mother’s strict & constant attention starts to weigh more heavily as she grows older.  She begins to chafe under the constant pressure to be perfect and to act normal, when all she wants to do is have a little fun, be a little expressive, and start liking boys, drawing boys, daydreaming about boys, and generally becoming a pre-teen space cadet.  But when her mother pushes her too far, Meilin wakes up as a little bit of a monster; no, for real.  When she loses control of her emotions, she now turns into a large red panda, which is about to be a big problem at school, at home, and everywhere she wants to go. First, it’s too dismissive to say “well this movie isn’t about me so I can’t understand it.”  Also, that’s not true, people enjoy movies that are not about them all the time, using that excuse at a specific moment is just covering up how you really feel about the film.  Also, it’s OK not to relate to every piece of art, that’s normal, it’s OK not to love it because you can’t dive into it the way others can.  Turning Red has pulled that reaction out of some people, and I do understand that, because the movie is, in my opinion, too honed in on one human’s true story, but that’s also not fair unless you’re willing to say the same of every film that isn’t about your exact life, which you clearly are not.

Moving on, and judging the film simply as a film, Turning Red is just a little too muddled and confused to be a top-tier addition to Pixar; it needed help in many ways to become great.  The morals and lessons were all mixed up with the growing up and the living large, like too many pieces of advice given all at once; one at a time, people.  Also, the animation was awful (more Wallace & Gromit than Inside Out), there is too much time spent as an animal, too much action spent on the boy band, this could have been a series, not a film; again, just too all over the place.  Meilin’s friends were golden, the pop obsession was spot on, the honesty about puberty was refreshing; this movie had nice parts, it simply was a bundle of loose threads, not yet a finely-woven tapestry.  Shi’s Bao is so much better, sweeter, simpler, and has so much more depth; watch that too, it’s like 9 minutes long and blows this out of the water, as does Mitchells vs Machines, which you should probably just watch instead, since it’s unarguably superior.