Movie Review – All the Old Knives 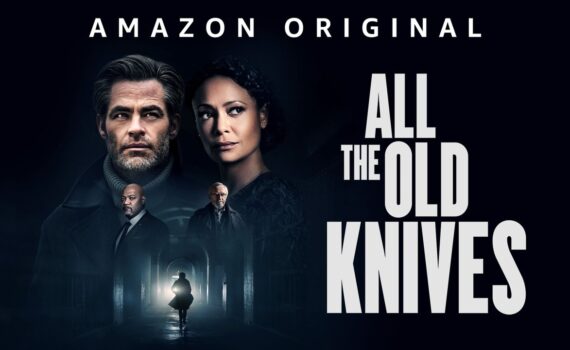 Movie Review – All the Old Knives

Direct from Amazon comes a modern espionage thriller with Chris Pine at the helm, and if that’s not enough to catch your attention I don’t know what is.  Although the finished product isn’t perfect, the ingredients fed into All the Old Knives do result in something palatable, if perhaps something we’ve tasted a few times before.  This is American embassy/CIA operative/who’s the mole? drama that we’ve come across plenty of times, but, really, with Chris Pine showing his stuff (and some skin), and with Thandiwe Netwon delivering the best of her career, you could do worse.

Eight years ago, a terrorist situation in Vienna came to a heartbreaking end, with American agents watching from the sidelines and mourning their inability to stop the carnage.  They had their ear to the ground, they were in touch with their informants, it seemed like they had the inside track, but somehow civilians ended up dead, and no one really understood what went wrong.  Fast forward to a key player dying, some new information being discovered, and Henry is back on the case, tracking down the potential insider, who will be dead by the end of his chase.

All the Old Knives is like Spy Game, A Most Wanted Man, and Allied, but not quite as good as any of those cool, well-made, spy-centered thrill rides.  Pine brings his A-game, Newton has never been better, their love story takes charge, and the rest of the cast is solid: Lawrence Fishburne, Jonathan Pryce, King Alfred from Last Kingdom.  But, unfortunately, the film is too choppy for its own good, too reliant on playing upon the established genre, too on-the-nose, in a way.  Also, I don’t think we really need more movies about jihadists, it doesn’t quite sit right, and I think the writers could have come up with something more …appropriate? original? I don’t know.  Still, the end had be sunk back into the story, after it lost me in the middle, had me right back caring what happened even if I wasn’t surprised who it was happening to.  A strong showing for Amazon, but a weakly written film, All the Old Knives is a nice watch but not an overly excellent adventure.