Movie Review – The Way Back 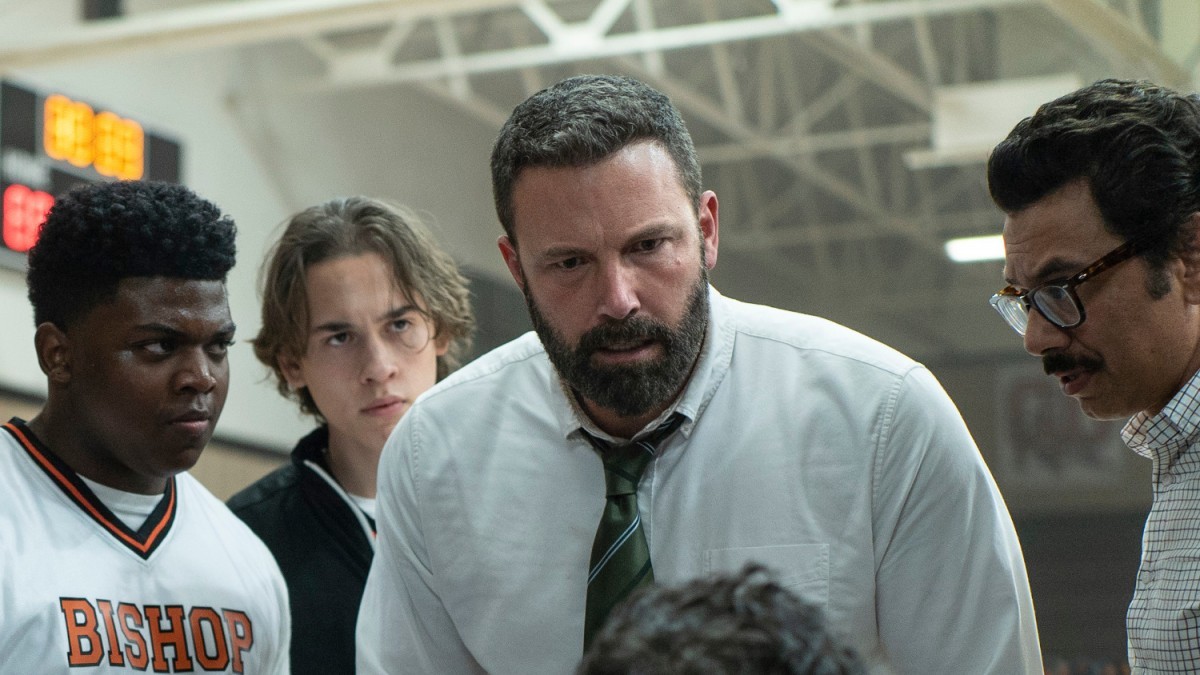 Movie Review – The Way Back

I had the chance to watch The Way Back during a live virtual screening, and afterward Ben Affleck joined from his home for a Q&A session with a moderator.  Incidentally and excitedly, a question I posed was chosen by the moderator and Ben answered it, so that was cool, and he generally seemed like a nice, engaged, open guy, easily discussing the process with us all like we were equals and collaborators.  But even before all that, before we became BFFs, I enjoyed his performance in this film immensely, and the movie as a whole hit me rather directly as well.  It may not go down as a classic sports drama like Hoosiers, which it pulls from heavily, but it does stand strong as another stone in the path of a well-worn, well-loved genre.

Jack is separated from his wife, works construction, drinks heavily, and is generally at a tumultuous point in his life where nothing brings him any joy.  A personal tragedy set these wheels in motion, but others involved have moved on, Jack hasn’t, and it’s beginning to weigh heavily on his life, bringing him swiftly down toward rock bottom.  Out of nowhere, he receives a call from his old Catholic high school, where he was once a star basketball player, and where they are now looking for a coach.  Taking the job would mean more responsibility than Jack is used to taking on, but it might also prove to be the chance he needs to be important, to face his terrible sadness, and to ultimately live again.

I saw it said that Ben Affleck’s character in The Way Back is both Gene Hackman and Dennis Hopper from Hoosiers, a coach with anger and drinking problems who could revolutionize the game if he could only get out of his own way.  There’s also a small town element to the story, which comes from the school rather than the city, and from the players who, honestly, we don’t get to know quite well enough; they almost feel like shadows of people in other films.  But the grief, the alcoholism, Affleck’s performance in general, that’s where you feel the heavy hitting, and that’s what makes this film special.  It’s a powerful story well-delivered, with great side characters as well, especially Al Madrigal, who shows that he can be much more than simply silly.  The film itself isn’t going to win a ton of awards, it’s more a nice piece to the genre puzzle, but Affleck makes it something much more, even nearly a must-see.