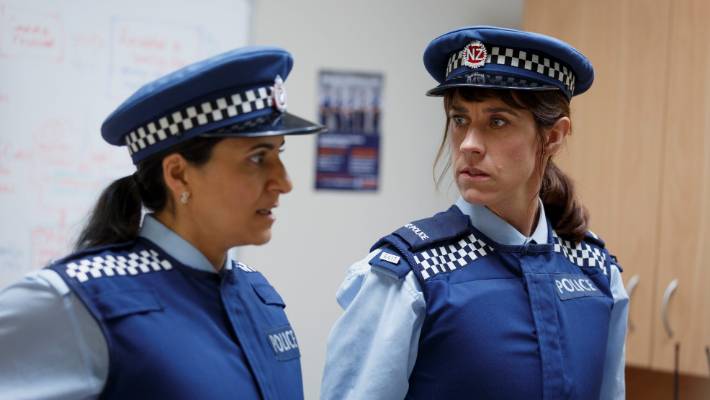 When Taika Waititi recommends a comedy, you listen.  The Breaker Upperers isn’t his baby, but he did produce it, which means he found/provided the cash, and so got it off the cutting room floor.  He then campaigned for the pair of women who directed, wrote, and starred in the film, so give credit to the talent; we could have just seen the emergence of the next, great comedic duo.  In true Kiwi fashion, this movie is ridiculous, dry, weird, and wonderful, much in the style we’ve come to expect from the funny filmmakers of the region, but with a much-needed breath of fresh air and a nod to the movement of women within the industry and to any content that remembers that men are only half the viewing population.

Mel & Jen are not only best friends, but they also run a business together, albeit one that’s probably morality reprehensible.  If you’re in a relationship that you can’t seem to find your way out of, these are the ladies for the job, hire them on the spot, because they will deliver you from bondage, my friend.  They will lie, pretend, fabricate, dress up, do a bit; whatever you need to escape they will make happen.  Of course, they are ruining people’s lives by telling them that their husbands were lost at sea, instead of simply making the cowards face their problems, but hey, business is booming.  Or at least it was, until Mel falls for a client, befriends a victim, and starts to second guess her career choice.

Think Tina Fey/Amy Poehler combined with Taika Waititi/Jemaine Clement and you’ll have some idea what to expect from the newly-formed Madelaine Sami/Jackie van Beek.  Everyone is unique, I don’t mean to say they can’t have their own style, blah blah blah, but you get it; this is New Zealand’s version of buddy humor, where they get into sticky situations and only their friendship can ultimately bail them out.  This film would rival, and probably best, any American, throwaway comedy, like Sisters for example, since that’s what Fey/Poehler have the capacity to give us.  Waititi/Clement have more in the tank, at least as far as movies go, I’m a big fan; Breaker Upperers might not reach that level, but it comes pretty close.  If you’ve been around this style you’ll even recognize a few faces; Rime te Wiata from Wilderpeople, who is great, James Rolleston from Boy, who isn’t.  It’s his girlfriend, Ana Scotney, who steals the show, as do the pop culture references and the quickfire wit, which give the movie some balance when the poor acting throws things off a touch.  It’s a bit of a rocky ride perhaps, but an enjoyable one as well, which heart and humor for days, and a refreshingly pleasant mood that’s so easy to wallow in for 90 minutes you might want to stay a little longer.