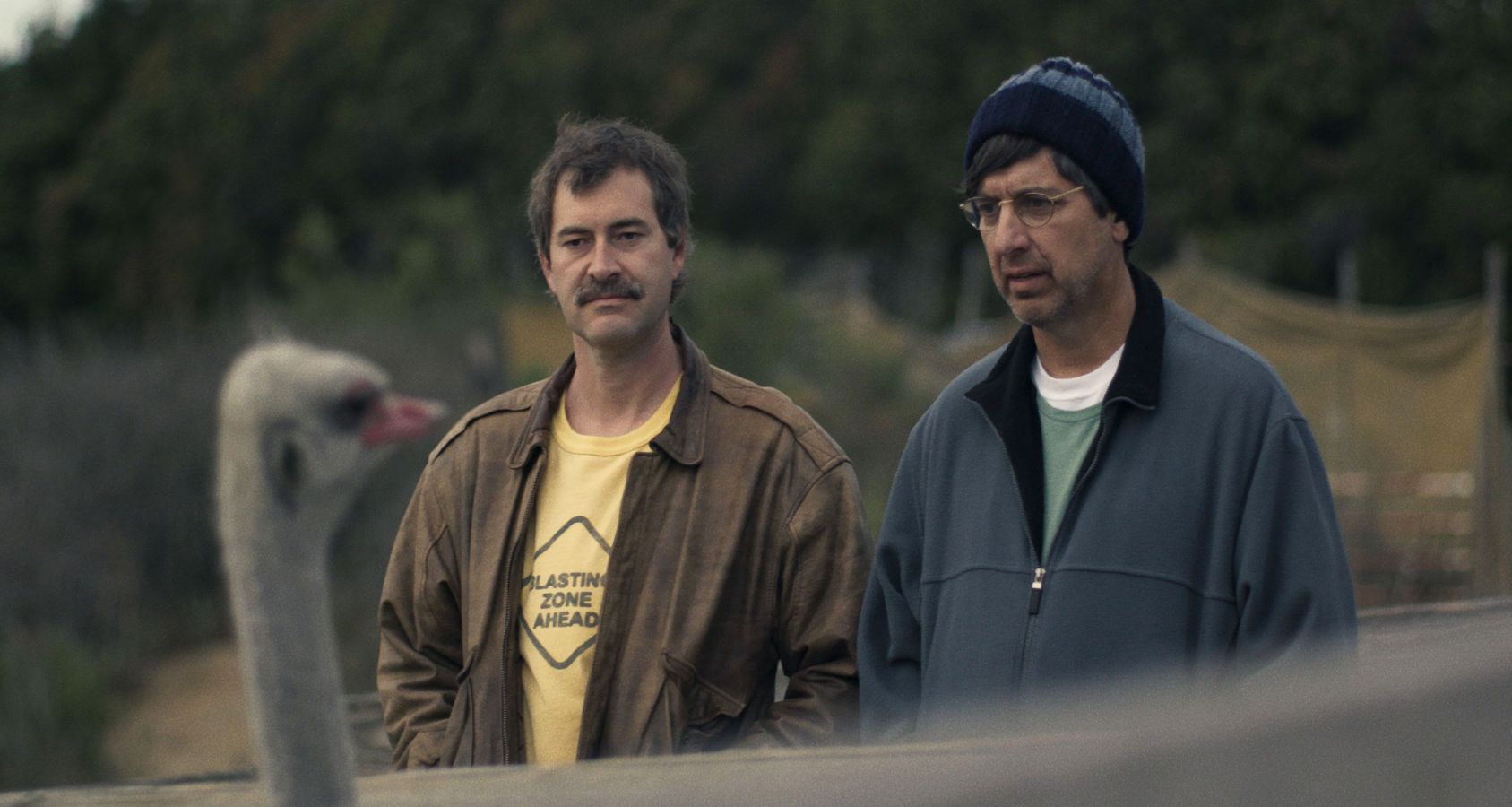 Ray Romano shocked us all with his role in The Big Sick, when it seemed like his career filmography would simply start with Everybody Loves Raymond, end with all the Ice Age movies, and contain literally nothing notable in between, during, or after.  His life as a comedian seemed to have stalled, but then along came Kumail Nanjiani and that all changed.  Ray put on a clinic as a confused and terrified father, and he’s back for more dramatic work in Paddleton, where he’ll play a confused and terrified friend to equal measure.  Perhaps we’ve been missing out on some hidden talent all these years and are just now getting to see the potential there, because Romano has the chops, who knew?, and is finally ready to let us see.

Friends and neighbors Andy and Michael are too strange to get to know anyone else and too stuck to try anything new, so they simply hang out every single night, watch the same movie time after time, eat frozen pizza, play a made-up sport, and try to forget that the outside world changes, moves, and frightens.  But when Michael gets cancer, their routine is going to change whether they like it or not, and their friendship will have to move with it.  Michael is oddly at peace with his terminal diagnosis, but Andy is scared, picturing himself all alone and without a friend, in a world that he refuses to try to understand and which gave up on understanding him long ago.

Alex Lehmann did a documentary on an improv troupe made up of Autistic friends called Asperger’s Are Us, and you can see his devotion to telling the stories of those on the spectrum within his newest film, with two main characters who definitely see the world differently, and have a hard time interacting with it in a way that would be seen as normal.  But they have each other, and that’s both beautiful and heartbreaking at the same time, because audiences see that it won’t last forever.  Give Ray Romano a standing ovation for this role here, because it’s brilliant, and I fell in love with Andy right away.  Michael, played by Mark Duplass, not so much.  Duplass has always been an intriguing filmmakers, but I’ve never bought him as an actor; he just doesn’t have the it factor.  He’s fine I guess, does an OK job, but can’t compare with Romano, and so brings down the scenes that they share, which is all of them.  His performance brings down a movie that I might have rated a little higher, and that you might like more than I did if you’re willing to give a pass to an actor who’s never going to great.