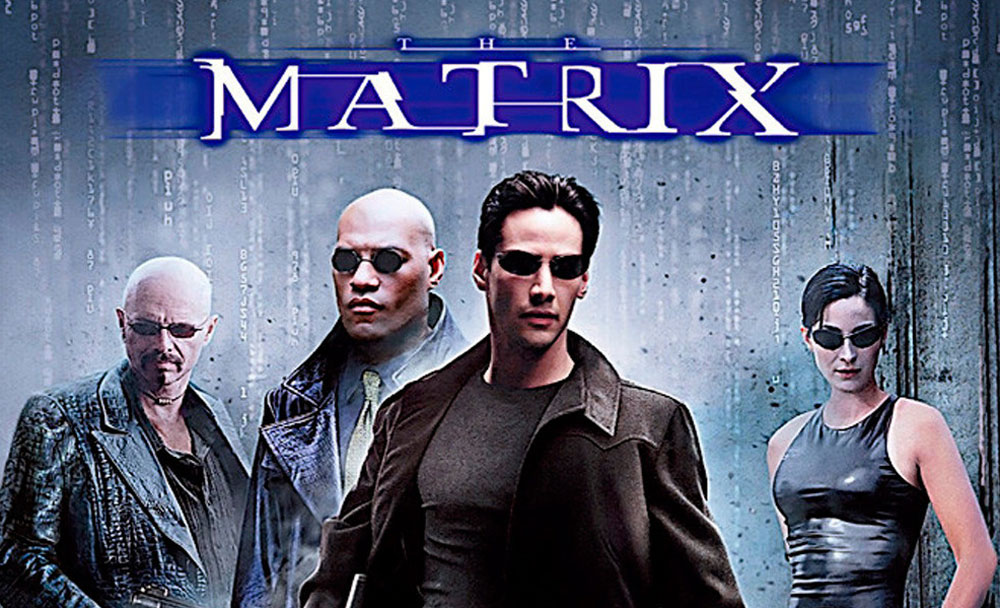 The Matrix was, at the time, a groundbreaking sci-fi event, a milestone of the genre that marked the beginning of a new era in film.  It seems dramatic now, but at the time it felt dramatic, this movie that pushed limits and wasn’t afraid of taking chances.  Watching it back 20 years later, what strikes me is that it still holds the same awe that it did then, still challenges audiences in a similar way, even though we’ve seen better CGI and practical effects since.  That’s the sign of a true, good, solid flick, one that doesn’t really age, it just morphs, and one that can still pack one hell of a punch.  I’m prepping myself to watch #2 and #3 as well, which I’m not as hopeful about, but perhaps I’ll be proved wrong; the original sure works still.

Neo is a hacker by night and a programmer named Mr. Anderson by day; he’s on a quest to find the truth about something he can’t even describe, it’s just a feeling that something isn’t right.  He feels that a man named Morpheus, a criminal mastermind according to authorities, will hold the answers that Neo seeks, even though he still doesn’t really know what questions to ask.  And Morpheus does find Neo eventually, saving him from a group of special agents who are bent on destroying the network of hackers who threaten their control.  Now the truth is revealed; that the world we live in isn’t real, it’s a projection, and we are all the unknowing slaves of AI overlords who use us for energy in order to stay alive and dominant.  Neo now knows the truth, but how he fits in to the resistance is still a mystery, as is the potential of his own power over the constructs of the Matrix, the wool that’s been pulled over all of our eyes.

With a cool premise as a foundation and some kick-ass action as a reward for watching, The Matrix is a gift to audiences both in construction and in delivery, like a thing you expected to be great that actually kept its promise.  That’s the key; there’s an awesome story, it’s so interesting, but that’s not where the movie stops, its keeps going above & beyond, filling all the gaps with intense fight sequences that aren’t stupid because time was taken early to build a smart base.  The acting you don’t really notice one way or the other because the actors are so invested in this fictional world; you don’t even smell anything bad coming from Reeves’ way, and he’s one of the worst actors in the entire world.  The cast is really pretty excellent: Fishburne, Moss, Hugo Weaving, Joe Pantoliano.  It might not seem as explosively game-changing when watching it now, because so much has happened in Hollywood in the last 20 years, but The Matrix was a huge deal, should still be respected, and even has the added bonus of aging well over the time period, never losing its awesome atmosphere, and ending with a Rage bang that can’t be denied and will never be forgotten.