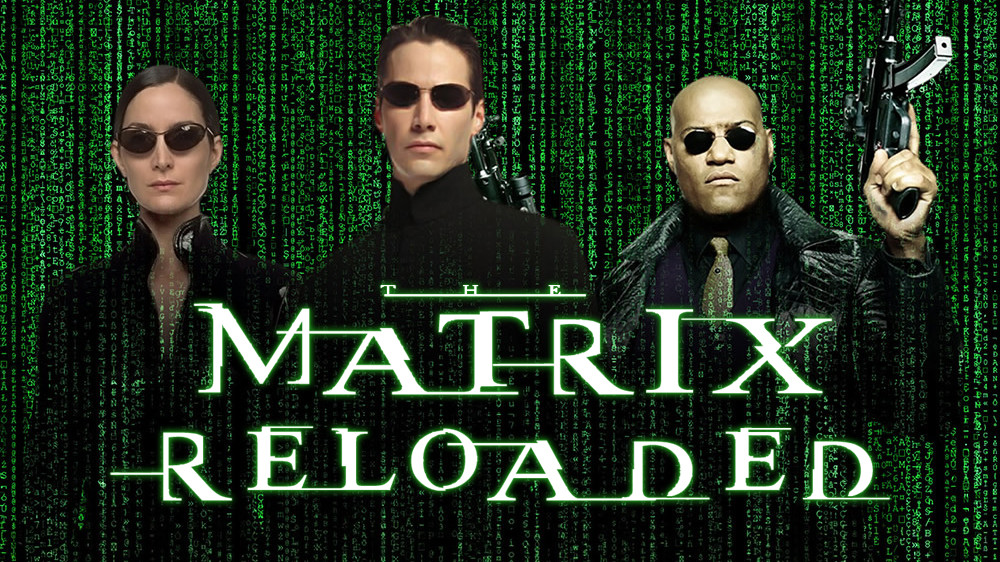 If Equilibrium is what happened when someone watched The Matrix, copied it, and did a terrible job, Matrix Reloaded is what happened when the creators of Matrix watched Equilibrium, copied it, and did such a terrible job that it made all three films seem like complete jokes.  I’m not sure I’ve ever seen a sequel follow the original so poorly, not even pedantic Disney volume twos & threes that were made by a completely different department.  At least those have music; Reloaded has absolutely nothing going for it and is so shockingly bad after the success of the first that you have to wonder what happened between the two films that caused the filmmakers to lose their minds.  I’ve never seen something this bizarrely stupid, especially when it had something incredible acting as its spring board, and it’s a cinematic travesty that this movie exists at all; we might need to bite the bullet and amputate that which is so obviously rotten.

Neo has been revealed as The One, the man who can bring down the Matrix and free the human race from computer bondage.  It won’t be easy though; the system is now fully aware of his presence, they’ve classified him as an anomaly, and they’re hell bent on his destruction.  Meanwhile, Agent Smith isn’t really dead, he’s just been broken from the chains and rules of the program, so now he’s free to hunt Neo with a personal vengeance.  Also, the Matrix is sending their sentinels to Zion, the last human city in the real world, and it’s only a matter of time before they find and destroy it.  AND, Neo has visions that his beloved Trinity is going to die, so he’s got to break from the current trajectory that his team is on, which won’t be easy since Morpheus has become almost a religious zealot and a plethora of new enemies pops up wherever our heroes go.  Welcome to the real world, Neo; it sucks.

A typical complaint against this film is that it makes little sense, but I didn’t want to fall back on that flaw, which of course exists, so I made sure to pay extra attention to the details …and I still have no idea what the christ is going on.  I know the third movie is supposed to wrap things up nicely, but, even if that’s true, it’s not carte blanche to do a bad job with the second installment; it still needs to make some sort of coherent sense.  I can hardly believe Reloaded is so abysmal, since Matrix is so good; it’s like they decided to challenge themselves by throwing out everything that worked the first time around and trying something new and dangerous, like a drug that just couldn’t be denied.  The result is so dumb that it’s hard to watch, looks so bad that you’d swear you just jumped 20 years into the past instead of moving 4 years into the future.  Neo flying like Superman, CGI battles galore, idiotic fight scenes around every corner, conversations that finally reveal the acting talent of the cast; it’s not good.  In fact, it’s pathetic, we deserved better, and I hate this goddam movie.