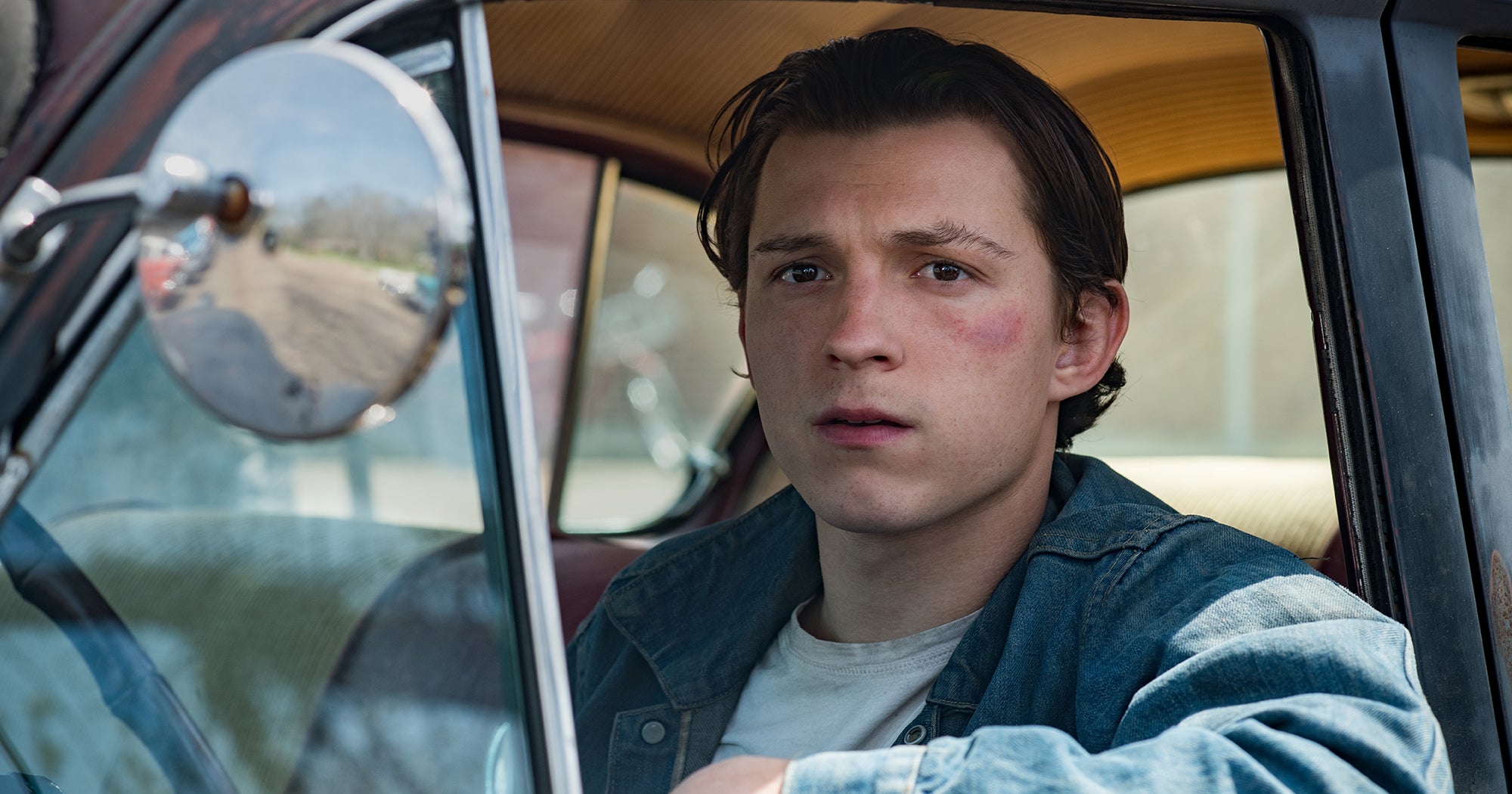 From the relatively unknown director of Christine comes a film of broader scope, but of the same deep, dark, troubling emotional intensity; The Devil All the Time.  In a year when movie fans aren’t being given as much original content as they’ve become accustomed to (especially not from big names, big stars, big budgets, and potential Oscar hopefuls), Devil All the Time fills a void that we didn’t even realize we were experiencing; the raw, epic, often despairing, surprisingly humorous story of the human condition, one that we long to hear, if only because it makes us feel a little less small.  This time, the tale is specific to a location and to a time period, but the players on the stage could be anyone from anywhere, and we might even see a bit of ourselves mixed into even the blackest hearts of the cruelest characters.  This film is like comfort food that has a slap you didn’t see coming, and for which you love it all the more.

Though we might need to jump back and forth to understand all the pieces of the puzzle that make up the story of a life, existence marches on linearly, and refuses to pause to give us time to accept even the worst events that befall us over the course of our lives.  This is the story of Arvin Russell, but it doesn’t start or end with him; Arvin is only the smallest speck of nothing in the grand universe, a drop of water in a fast-moving river that carries us all along.  If it has a beginning at all, it started with his father Willard Russell experiencing the unimaginable overseas in WWII, and then coming home to fall in love and start a family, tainted by the blood not of the lamb, but of mankind.  Tragedy followed the family, visited other families, until Arvin was an orphan in the care of his grandmother, with connections between Ohio and West Virginia, and between so many various wonderful and evil characters, who were all tied together through basic need and paralyzing evil.  As the years rolled past, Arvin would become both refugee and fugitive, taking each day’s choices as they came, dealing out violence only when it was necessary, though, boy, did it seem to be necessary far too often.

Devil All the Time reminds me of the book Winesburg, Ohio by Sherwood Anderson; a story about a time and a place and a people, where individual lives lose their inherent meanings under the weight of fear and sex and death.  Winesburg stuck with me over the years for its bleak look at normalcy, how what’s going on under the surface is anything but, and I feel like this film could have that same impact me, remembering it a long time from now.  It’s like a Coen Bros movie combined with an Anderson book, haunted by a music and a mood that completely ensnared my attention.  It’s not exactly a typical slow burn, it’s more a continuous burn, with narration by the author of the novel that feels perfectly in place, and paces the plot extremely well.  And we haven’t even touched on the acting yet, which is superb, especially by Holland, Keough, and Pattinson, who led this ensemble cast with frightening intensity and a devotion to the moment that you don’t often see.  Devil All the Time is, by far, my favorite film of the year up to now, with, admittedly, not much competition, since it’s been such a bizarre movie season.  But it’s simply so strong, so driven, so captivating, with a musical score that gets into your brain and pulls you into the insanity of the action.  Campos has something to be very proud of here, a commentary on humanity and religion, that’s at the same time eye-opening and confirming; we knew life could be this brutal and this strange, but it still affects us greatly when we see it right before our eyes.  I know I will be affected by the film for some time; I hope it speaks to you the same way.