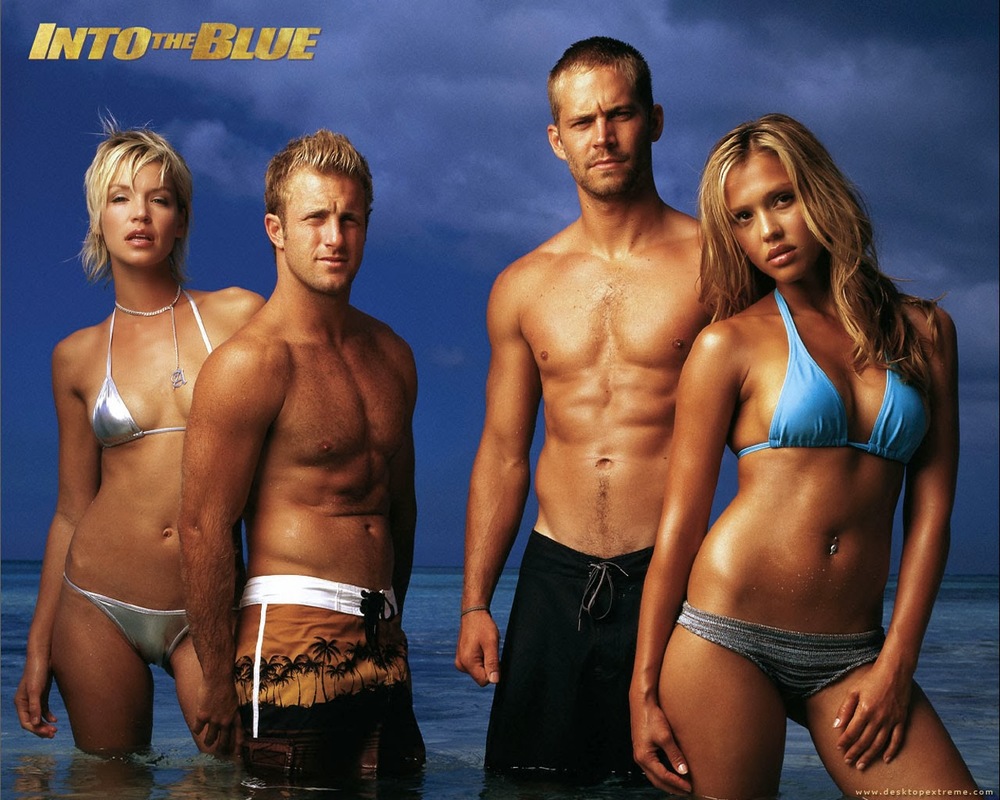 I’m embarrassed to even be reviewing this movie, because that means I watched it voluntarily.  And it’s not the first time; I remember it coming out, and although I don’t think I ever saw it in the theatre, I’ve seen it on TV enough times and in pieces to qualify as having watched it all the way through at least one.  It’s the definition of a guilty pleasure, because, like fast food, I feel horrible after I consume it, because I definitely know I shouldn’t have.  Into the Blue isn’t even a b-movie, that would at least be something, and it’s far worse than that.  It doesn’t know it’s awful, it isn’t funny, it’s just plain bad, and we’re the saps who keep turning it on just because of some bods on the beach, which we should be mature enough not to fall for; “should”.

Jared & Sam are living the life in the Bahamas.  They have each other, they live simply, they soak up the sun, and they dream of someday combing the ocean floor for buried treasure that will make them famous, as well as very rich.  Jared’s friend Bryce, along with his newest girlfriend Amanda, come to visit to do some snorkeling and some drinking, the foursome borrowing a mansion and a yacht for a few days to blow off some steam.  But one afternoon, out for a cruise, they discover two interesting things under the water: a sunken ship and a downed plane.  The ship might be a legendary vessel lost at sea, but the plane belongs to a drug smuggler, and there’s a ton of cocaine still on board.  Which wreckage will make them rich, and which will put their very lives in danger?

If it wasn’t for Paul Walker (who some women find very attractive) and Jessica Alba (who this man thinks is gorgeous), I’m not sure there’d be a single element of Into the Blue that would justify its existence.  It still shouldn’t have been made, it’s a travesty to cinema, but at least there’s a little eye candy, because god knows there’s nothing else.  I don’t mean to objectify either Walker (rest in peace) or Alba (who runs a legitimate company now), I’m just saying that pretty people swimming is all this movie has to offer, there are zero other reasons to watch except taste torture.  The acting is beyond painful, the characters are beyond stupid, and Josh Brolin showing up out of the blue to be a villain only enhances how desperate this movie is.  I think this review will help me finally lift the curse and summon the courage to never watch this film again; it most certainly hasn’t warranted and doesn’t deserve my time.