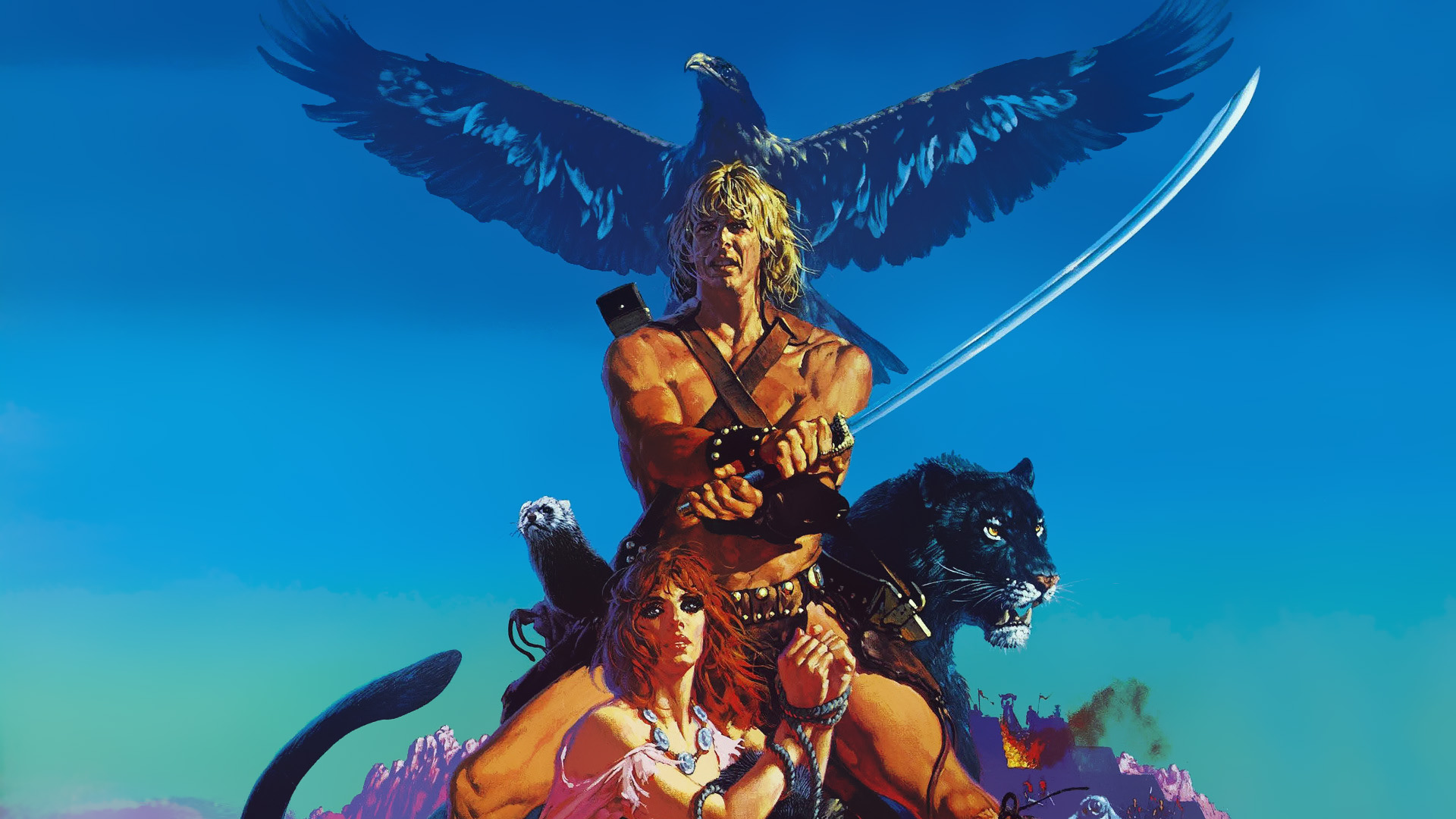 Fantasy movies made in the 80s featuring heroes and heroines in loin cloths and fur is a spectacularly entertaining genre of film, and one of my personal favorites.  I am by no means an expert, especially since I was only born in 1983, so missed experiencing them immediately and first hand, but I’ve tried to make up for lost time, and I’ve tried to seek out both the best & the baddest the style has to offer.  There are few better than Beastmaster, a recipe for others to follow if what they’re trying to make is pure sword-swinging fun, clad in as little clothing as decently possible.  This movie is solid gold, b-level enjoyment, and it helped set the stage for many more to follow, so bravo to Beastmaster.

As a child, Dar was magical ripped away from his mother before his birth, in an attempt to assassinate the heir to the kingdom that he would someday rule.  The plan failed partially when Dar was saved from death at the last moment by a villager, who raised the boy as his own with no knowledge of his heritage.  Years later, when his community is destroyed by an evil, pillaging people, Dar seeks his vengeance, only to find his bloody past wrapped up in the kingdom’s troubled present.  The twisted Maax still wishes to rule all the world, it was he who tried to eliminate our hero, and it is he who will fall to Dar when the prodigal son returns to claim what is rightfully his.

Deathstalker, Barbarian Queen, Red Sonja, Conan, Sorceress, Hundra; you know what you’re getting into if you dive into this genre, it’s one hell of a ridiculous good time, but worth every minute.  The movies are short, fantasy-based, larger than life, there are boobs and bloodbaths and myths and monsters and shirtless heroes; it’s a romp that you don’t want to end.  Beastmaster is the cream of the crop as far as I’m concerned, an insanely enjoyable joke of a flick that somehow works because it never takes itself seriously.  And, what’s more, there are pieces that actually work, namely the first half, which is filled with smart, gruesome, and downright scary moments, so good sometimes that you forget what era you’re in.  By the end the story has gone to hell in a hand basket, but it hardly matters then; you’ve already met Dar’s animal companions and you love every one of those guys.  Beastmaster is just awesome, not perfect, so don’t judge it too harshly, but respect it for the doors that it helped open and the thrills it can still give willing audiences.