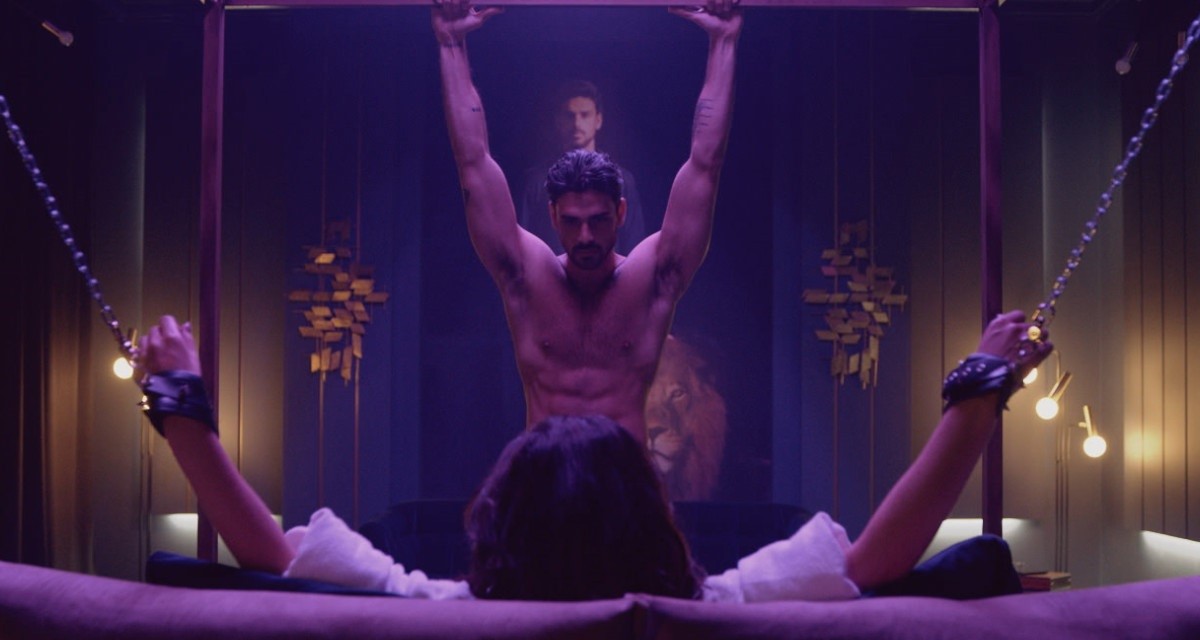 Until now, we might have used Fifty Shades as an insult to other movies, to mean that they were sexy but stupid, appealed to bored housewives maybe but didn’t have a cinematic bone in their bloated bodies.  Well, we now have a new movie to use as an insult, and it’s so much worse than any moronic romantic flick that has come before that we’re going to have to create a new category that it can inhabit all on its own, just to signify how bad it really is.  365 Days is not a film, it’s also not porn, it’s not even fiction; there’s not a word in the English language that would describe it, which is probably a good thing, because that word would immediately be outlawed.  Just when 2020 couldn’t get any more terrible, along came this, a film that will go down as perhaps the single worst feature that anyone has ever willingly watched.

Massimo is the hunky head of a Sicilian Mafia family, after his father is killed and he takes over the business.  He is ruthless, angry, dominating, and forceful, always getting what he wants in the business world or in the bedroom.  Laura is a Polish businesswoman, young and successful, beautiful and determined.  When the pair happen to catch each other’s eye at an airport, their fates become linked, and only time stands in the way of being together.  But the road there is bumpy, to say the least; Massimo kidnaps Laura, making her his slave, vowing not to take her until she is ready, but promising that they will eventually fall in love.  As the nights heat up, she becomes less a prisoner and more a trophy, and he her loving master.

After you read this review destroy it as soon as you can, cancel all record that you ever heard of this movie, and run far, far away, before you become curious enough to watch it.  I was weak, I heard it mentioned enough times that I was intrigued, and hey I wanted to see hot people doing it Fifty Shades style, nothing wrong with that.  But 365 Days isn’t a film, it just isn’t, it’s something much worse than that, like a skit with money or a mad scientist with bad taste and a government grant.  It’s so much worse that you can imagine; no plot, no acting, no talent, no shits given, it’s just one giant mess masquerading as a steamy thriller.  I mean, it’s sexy in a certain way, but also repugnant at the same time, and you won’t get what you want out of it; just go watch some porn instead, it’s better quality and at least you’ll get some money shots.  It’s almost as if something was lost in translation, like instructions for an Asian toy that make no sense when changed over into English; someone should have left this terrible idea alone where they found it and spared us all this misery.