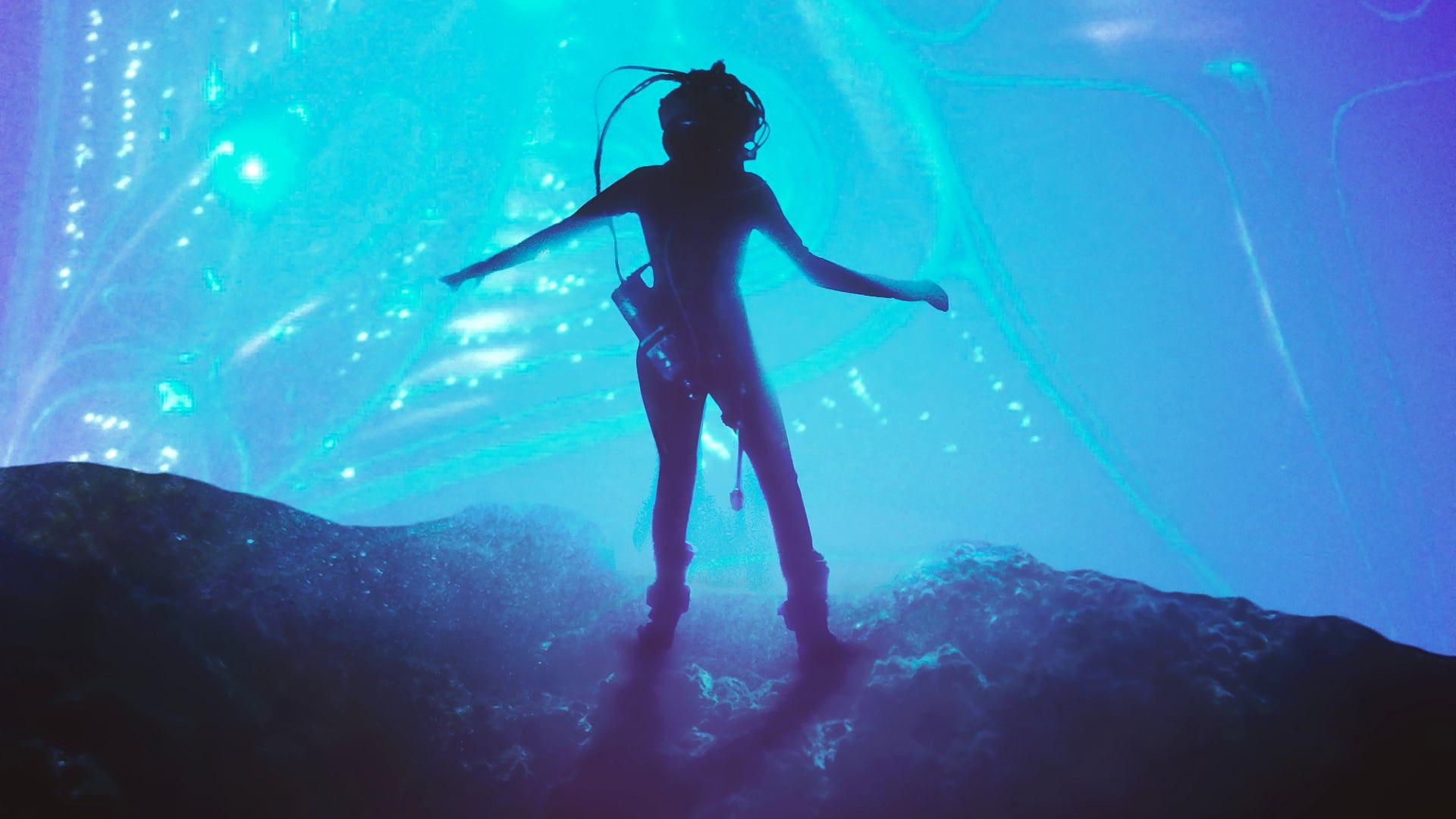 The Abyss is saved by its finale, although there are multiple, so perhaps I should say that it is saved repeatedly from its multitude of problems by its various endings, which are so damn good that they force you to forget the parts that are so hellishly awful.  Terminator, Rambo, and Alien this is not, but it does have that 80s, Cameron, gung-ho feel, and could have been crafted into a series like those others, all of which James had a hand in creating.  But The Abyss is stand-alone, it falters alone, it succeeds alone, and it ends up working despite times along the way when you swear it won’t.

Deep below the ocean’s surface in a cutting-edge rig works a team of drillers who go farther into the dark trenches than any humans have ever gone before.  But their work and their vessel are commandeered by the military when a U.S. nuclear submarine encounters something odd and subsequently crashes.  Now the entire crew, along with an ooo-rah escort, will encounter the same presence, but determining whether it is friendly or not, whether it is human or now, will be no easy task.

When I first saw The Abyss, it had an ending with a giant wave, but I won’t say more cause I don’t want to give anything away.  This time, there was no wave, the ending was rushed, and I think we missed a bit of the point, so I definitely prefer the extended version, although I didn’t even know that’s what I had originally seen.  Without the extra moral at the end, I feel like the purpose of the entire story is almost nonexistent.  It quickly turns into underwater action, when there’s so much more to the plot that that.  Watched slowly, the reasons for audiences to dive in and be submerged are clear, as are the strong features: the tech, Ed Harris, the subtle romance.  But there are resilient problems that refuse to go away, no matter the ending; most of the acting, some theme theft, a generally perception of being rushed somewhere before we had officially decided to go there.  Abyss is classic, it is good, the emotion toward & at the end is powerful, I will always like it because it’s a sci-fi pillar, but it’s not without its issues.  There are better done around the same time (T2, First Blood, Aliens), although it’s hard to forget what Cameron did here and how hard it must have been to pull off.  Credit where credit is due, but I’m not sure how many more rewatches before quality becomes an issue.