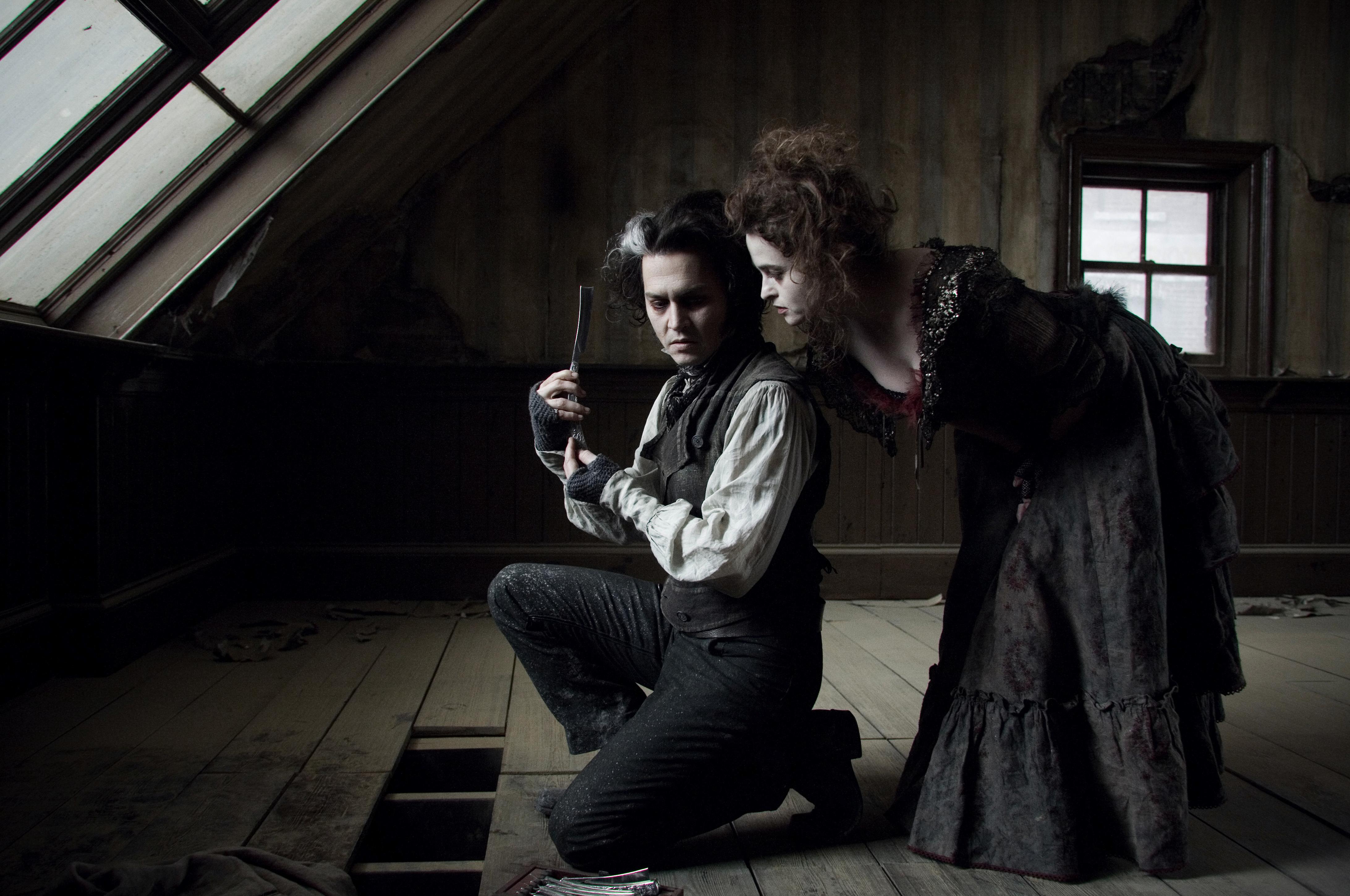 Even Sondheim’s weakest is better than most other composer’s best, and while Sweeney Todd is in no way Sondheim’s weakest, it’s also not his best.  Forum, A Little Night Music, Sunday in the Park with George, Into the Woods; these are his master works, Todd finding its place somewhere in the space between these accomplishments and Sondheim’s lesser-known plays.  I guess my overarching point is that this man is a genius, and that anything he does is worth your time, making most movies based on what he’s done worth your time as well.  Sweeney Todd is no exception; it is spectacularly written, both the story & the music, with a dark side & an originality that will twist the soul.  In my book, not a bad way to spend an evening.

As Mr. Sweeney Todd returns to London, he reflects on the life he once knew.  Fifteen years ago he went by his true name, Benjamin Barker, and was a happy man.  Married to the beautiful Lucy, father to the angelic Johanna, a barber of talent & renown, but falsely accused of a crime by the treacherous Judge Turpin so that the evil man could possess the incomparable Lucy.  Well, Barker went to prison, Lucy killed herself, and Johanna became Turpin’s ward.  But now Barker, or rather Todd, is back, his mind brooding of revenge, his barber’s blades as sharp as ever and ready to slit throats.  As he & the helpful Mrs. Lovett set up shop with the hope of luring the Judge in for a very close shave, the young Anthony falls in love with the captured Johanna, setting in motion events that will outpace all the characters and leave them clinging to the leftover scraps that were their former lives.

Sondheim weaves his magic yet again with story, music, & lyrics that become instant icons.  I called Sweeney Todd original earlier, but do feel as if I should mention its striking similarity to Les Mis; the weary man returned from prison, the precious Lark he adores, the young star-crossed lovers, the lawman bent on evil deeds, the underbelly of a European city, the squalid lad/hero.  There’s too much the same to be a coincidence, but I should also mention that Todd was written first, and that both plots are based on 1800s stories, so make up your own mind.  I’ll just enjoy both I suppose, stage & film versions, and leave it at that.  I guess I’d choose Les Mis over Sweeney Todd if I had to, both the theatrical & cinematic releases, as big a fan of Sondheim as I am; Les Mis is just special.

The one thing this film has going for it above any other though is its team.  I can’t think of a more perfect blend of talent, Tim Burton being the perfect choice for the director of a play-turned-movie that is bloodier & stranger than most else you’re likely to see.  Who does he cast as Todd & Lovett; why, Depp & Carter of course, who else?  They are a spectacular choice for this darkly desperate pair, and the whole film revolves around them.  Alan Rickman as the villain is perfection as well, as is his evil sidekick the Beadle, Timothy Spall.  The young lovers were forgettable, but their songs are brilliantly written, so they get a free pass, and Sacha Baron Cohan in a cameo was excellent.  Overall, this is a film and play worth seeing, another example of Sondheim’s genius, a catchy musical, an unusual tale, something different in a world of Broadway basics.