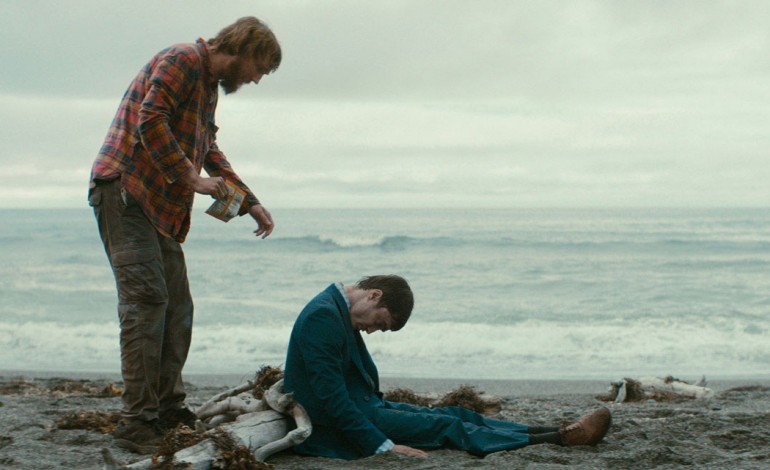 One of the strangest films you’ll see this year, Swiss Army Man is also one of the best.  I rank it right next to 10 Cloverfield Lane in my ever-growing 2016 list, which coincidentally also stars Mary Elizabeth Winstead.  Well, she doesn’t actually star in this film, no one does other than Dano & Radcliffe, and the two movies have absolutely no similarities other than both being excellent, so let’s move on.  SAM, which is a cool acronym that I hope catches on, is an odd mix of Cast Away and Where the Wild Things Are, with a little bit of The Last Man on Earth thrown in for good measure.  The result is a hilarious & heartbreaking survival tale that spins around the imagination of the main character and includes a lot of fart jokes.  That final product might not sound appealing to everyone, but if you find yourself part of the small group who this film was aimed at, you’re in for a treat.

Hank is stranded on a tiny island with no food or water.  With death looming, he might as well take his own life, rigging up a makeshift noose from a piece of rope and suspending it from a tall rock formation.  But just when he’s about to take the ultimate plunge, he sees something.  It’s a body washed up on shore, a corpse of a young man around the same age as Hank himself.  He attempts to revive the man, but abandons him when he realizes that he is long dead.  Or is he?  The body begins to produce gas, as it naturally would do, but that gas begins to propel the body through the water at a great rate.  Hank soon realizes that the body has many uses, including being a friend when there are no other friends to be found.  As Hank becomes more attached to the body, it begins to move, to talk, announces that its name is Manny, and the pair create a friendship that defies science.

You’re not wrong, it’s a weird plot.  It’s like if Wilson started talking back to Tom Hanks and taught him what life was really all about.  That’s what you’re in for with this film, as well as a lot of  physical humor, body fluid jokes, and juvenile feelings emerging from grown men.  But that’s the point; Hank has never actually grown up, and we’re seeing his internal struggles become external in a place where he’s finally free to be himself and where there’s finally a friend who understands.  There is a lot going on under the surface here, some obvious and some fascinating, but all of it well-meant and heartfelt.  Paul Dano is perfect as the awkward Hank, a guy who has never known love and can’t even pass gas without guilt.  Daniel Radcliffe, who slowly comes to life throughout the film, is wonderful as a body and equally awesome as an actual character.  And the music, wow, what an original soundtrack, Oscar-worthy in its power and placement.  I can’t say that Swiss Army Man is a movie for everyone, but I can say that it’s a unique gift to this year’s open-minded audiences.