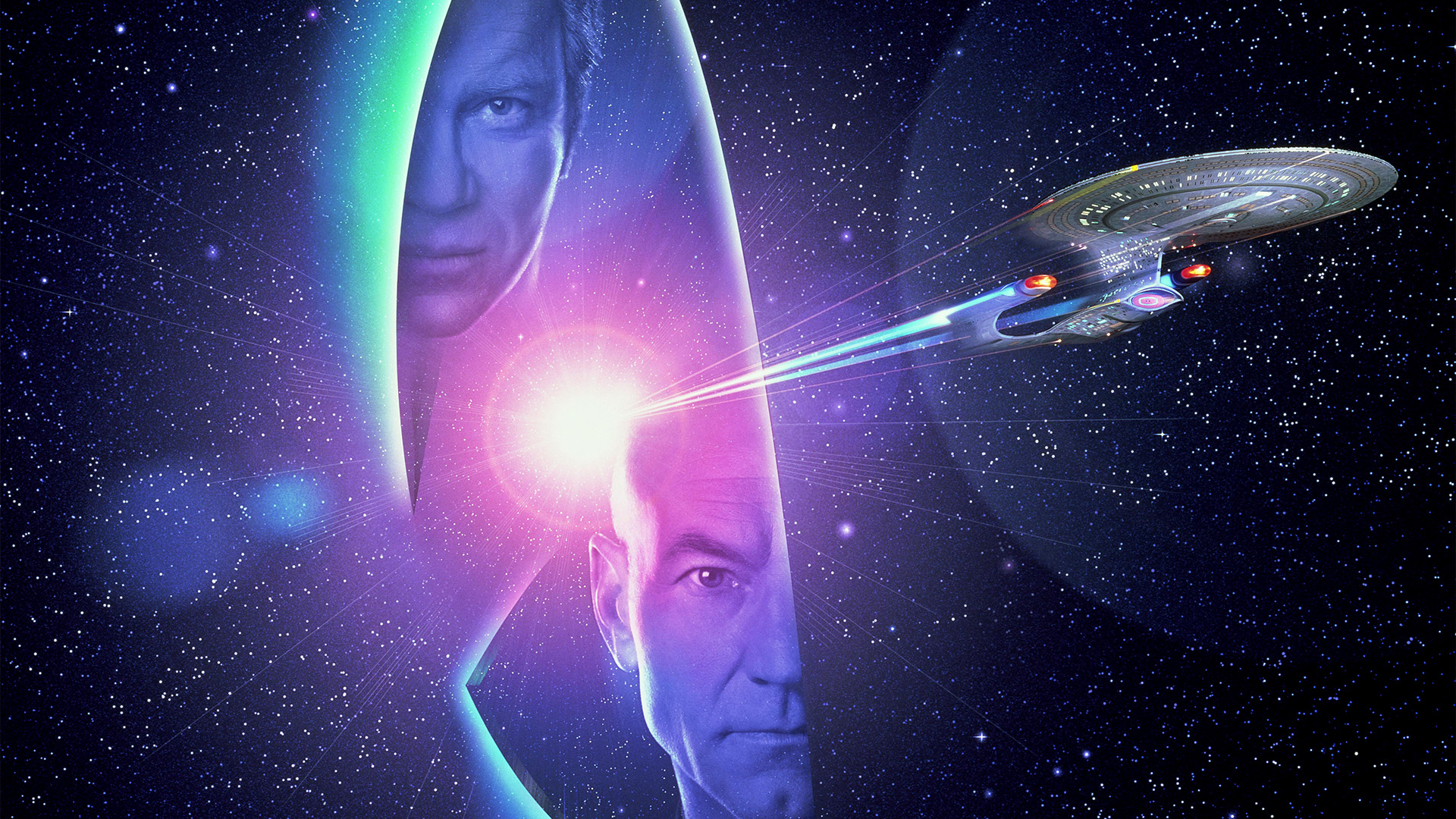 I just finished Star Trek: The Next Generation, which was the first time I had ever sat down to watch the whole series, and I have to say, it was phenomenal.  What a show, what great ideas, what progressive possibilities, and what a family of characters to fall in love with.  STNG is an instant favorite, I had no idea what I was missing when I only saw it in pieces before, I now I can rewatch the four films that followed; though, again, I’ve seen them before, but not in order, not all of them, not with the knowledge I have now.  But we’re off to a rocky start, because Star Trek: Generations is an absolutely terrible movie, one that they got all wrong, and one that I hope they didn’t copy when they created the other three.

After a rousing holodeck ceremony onboard the Enterprise, Captain Picard receives terrible news; his distant brother & beloved nephew have died.  But grief will have to be put on hold, confrontations with death delayed, when a stellar observatory is attacked, all those present killed except the strange Dr. Soran, who claims that he has extremely important business that the Enterprise must not interfere with.  Kidnapping Geordi, and with the help of an infamous pair of Klingon sisters, Soran flees Picard and plots to destroy an entire star, in an effort to return to a Nexus where joy becomes eternal and all your wildest dreams are manufactured for you.  With the help of Captain James Kirk, who was presumed dead years before when he encountered the Nexus on a previous model of the Enterprise, Picard must stop Soran, save his crew, and face his worst fears.

I knew something was wrong from the beginning, and it rarely ever got better.  The film starts with a little tale of Kirk, complete with Scotty & Chekov, which is cool, but felt old.  Then there’s a holodeck party, and that was just plain stupid.  It set a bad tone, and the mood never got better; Data was wacky, Picard was sad, none of the other main STNG characters were featured, and everyone flew about in explosions in a way that people mock Star Trek for, not in a way that it actually watches when you see the series.  This film version of what I love so much was a complete disaster, and a huge letdown.  The villain sucks, the action sucks, the weird universes/times/Nexuses suck, even the lighting sucked, a weird yellow-green that wasn’t at all what the Enterprise “really” looks like; there really isn’t much good to point at.  It was nice to see my friends again, it was nice to hear their voices, I liked that we learned more about Guinan, I will always admire Stewart’s acting, but the rest of Generations falls extremely flat, and that’s putting it nicely.