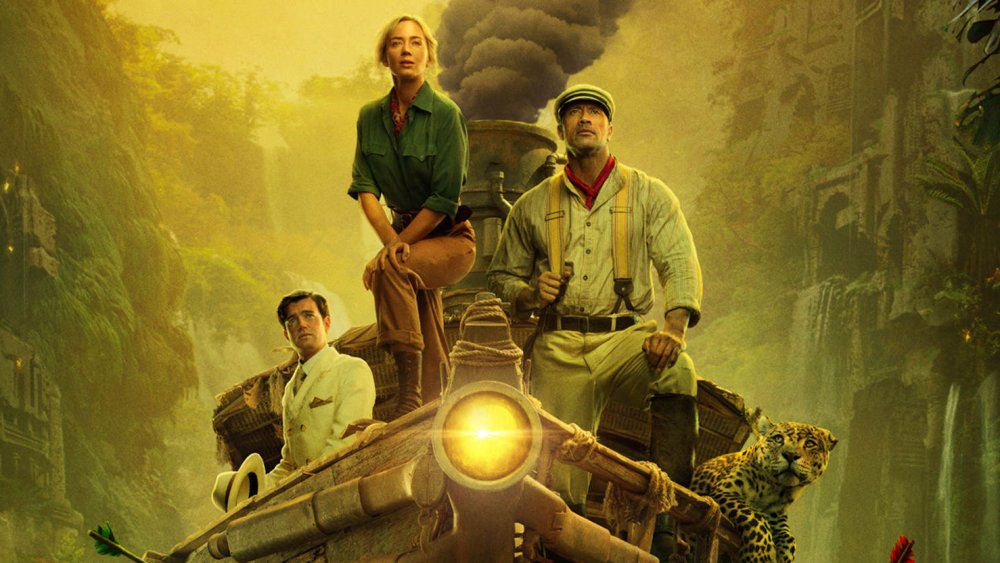 Jungle Cruise is simply Pirates of the Caribbean with The Rock instead of Johnny Depp, and, come to think of it, that’s not all bad.  It’s the same story; boat adventure, searching for a legendary treasure, the cursed undead looking for it too.  And it’s the same content; funny battles, evil villains, romantic good guys.  But The Rock really does bring something special to the screen, that’s undeniable, and he headlines a fairly solid cast that can get the job done.  Problem is, this is computer-heavy, goof-heavy stuff that’s made only for families, not for individual enjoyment, because, given enough time by yourself, the problems inherent in this flick will be too obvious to ignore in the name of good fun.

Brit Lily Houghton and her supportive brother MacGregor are believers in an ancient myth from the Amazon; that the petals of a magic tree have the power to heal all wounds and cure all sicknesses.  They are determined, with an arrowhead artifact around her neck as the key, to go there, navigate the endless streams, brave the countless dangers, and find the Tears of the Moon.  An evil German royal is on the hunt too, with an eye to aiding the War effort, but the Houghtons have a new secret weapon; a local skipper named Frank who knows the waterways like the back of his hand.  It’s a race to discovery, with the fate of the world in the balance and magic in the air.

Pirates of the Caribbean is the superior movie, by far, by FAR, but there are many similarities here, in story, character, delivery, and adventure.  And, of course, they’re both based on Disney rides, but sometimes I forget that Pirates is Disney, it’s a standalone, amazing, spectacular film; Jungle needs the backing of Disney to get by.  The fight scenes are not as good, the plot is a little less believable, the music is a little paler, and around every corner there are elements that are almost great but not quite there.  The Rock makes things fun, so does Blunt, Whitehall steals the show quite often (with an important character distinction that made me smile and applaud), and the side cast is fine: Edgar Ramirez, Jesse Plemons, Paul Giamatti.  It’s just that Jungle is a little silly, a little kid-centric, a little rushed, and pretty fake-y; not to the standards of those that have come before, if still an enjoyable romp that’s worth thirty bucks on Disney+ Premium Access (if enough people are watching with you).