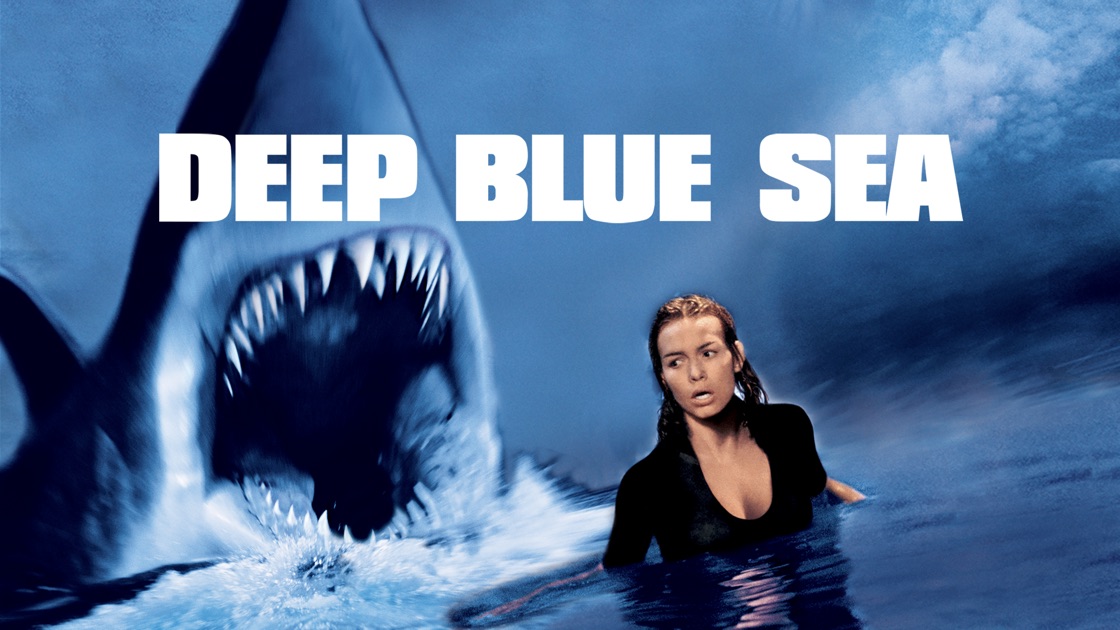 I wish everyone had simply died at the end of Deep Blue Sea; that would have made things slightly more bearable.  As it was, I wished death upon them for everything they had put me through, from the bad acting to the worst action sequences you will ever see; this movie isn’t for the faint of heart.  It’s one of the more terrible, horrible, no good, very bad creature features ever made, and it should be ashamed to exist.  If one more character was bitten in half I think I might have lost the will to live; as it is, I’ve almost lost the will to watch movies.

Scientists at a partially-underwater research facility race to find the cure to human diseases through the power of sharks, as they inch closer & closer to a breakthrough.  Not fast enough though, and coupled with a shark escape, the funding is about to be cut off, until they bring the financier to the station so that he can see for himself the miracle about to be produced.  Well, that doesn’t go very well, because the sharks get loose, they’re artificially super intelligent, they begin to destroy the facility, and death rides on ghastly waves.

Oh dear god, the acting.  I had trouble focusing on much else, at most times, because the acting was so horrible; I wanted all the torture just to end and the film just not to exist.  This is an example of what not to do, how not to be on screen, and I’m shocked it was released at all, once producers saw it and were smacked in the face by the supreme lack of talent.  Then there’s the CGI, which is bad, and the plot, which is bad, and the action, which is bad, and the …everything, which is so bad no one should ever watch Deep Blue Sea ever, ever again.