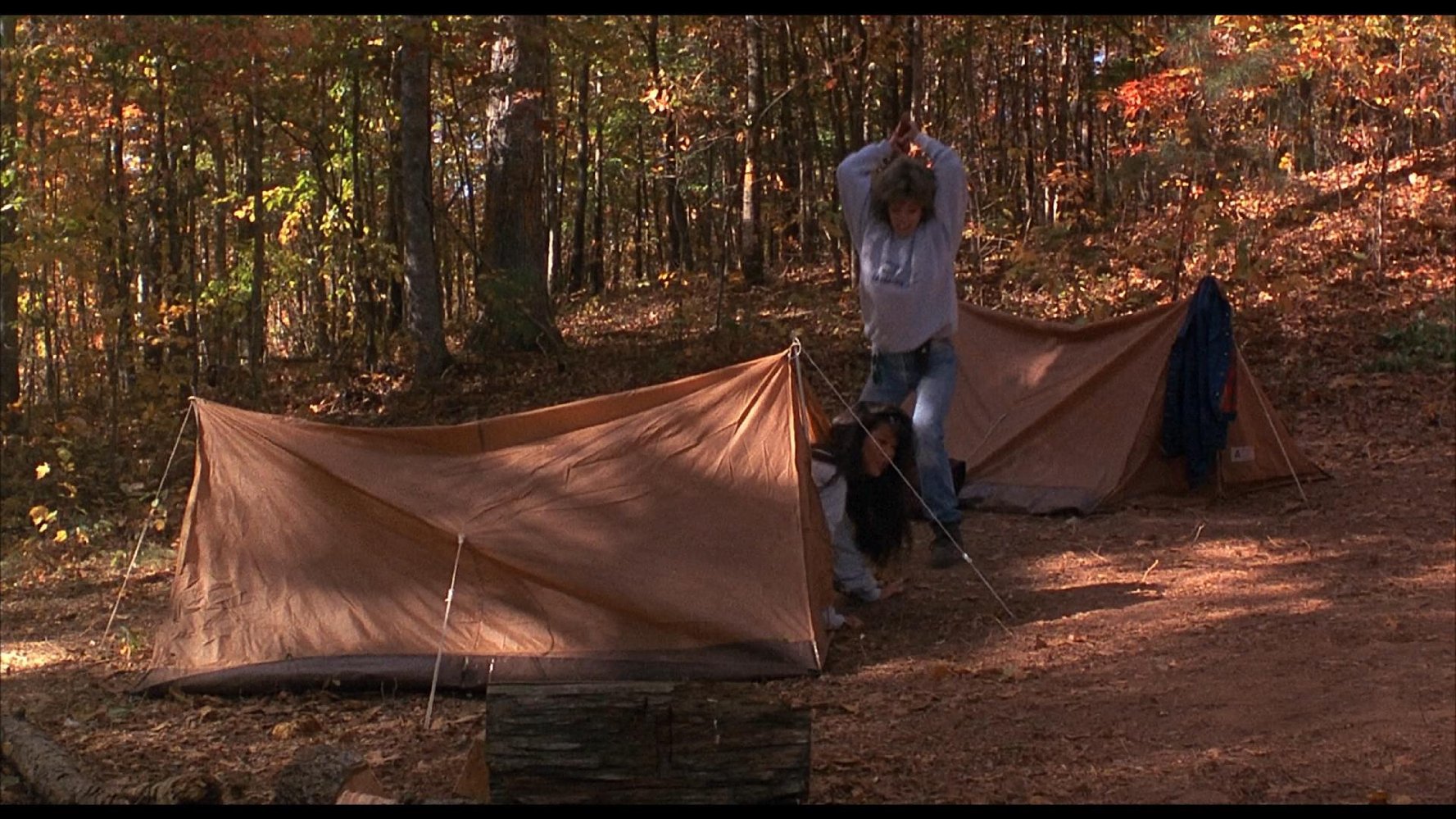 If the original Sleepaway Camp is a problematic classic and Sleepaway Camp II: Unhappy Campers is a crowd-pleasing genre flick, then Sleepaway Camp III: Teenage Wasteland is a waste of film.  It’s an exact replica of the second in the franchise, just with a new cast of characters and a slightly more modern tone, but without any originality or clever content whatsoever.  #1 may be a swing and a miss, #2 may be so bonkers that it’s fun, but #3 is a disaster, and comes across as simply another dumb slasher movie that has nothing new to show.

Angela, the Angel of Death, is back again, this time posing as a 17-year-old camper so she can get back to the place she loves the best and murder some more co-eds.  Camp New Horizons was built where Camp Rolling Hills used to be, before Angela killed everyone, and they’re hoping this season will be different, but, guess what, it won’t.  Angela is still gonna kill anyone who misbehaves, and this includes campers, counselors, owners, whoever; she isn’t discriminant when it comes to lawn mowing people’s heads off.

Yeah, it’s pretty bad.  I mean, of course it’s bad, you know it’s gonna be silly, but that can be fun; the way this movie is done is never fun, it’s just always awful.  The plot is so much worse, and much more stupid, and Angela just walks around killing people like that’s easy, without a care in the world.  It’s just a joke, and the only thing that saves it are the ties to the other films; if you can believe it there are even more films in this franchise, but don’t even think about watching those as well.  You really only need to see the second one, maybe the first one, MAYBE the third one to round things out, but honestly none of them are super worth your time.  This one doesn’t even have that much enjoyable blood&boobs; that stuff almost feels sloppy and unneeded here, like they got it all wrong, and, you know, they kinda did.