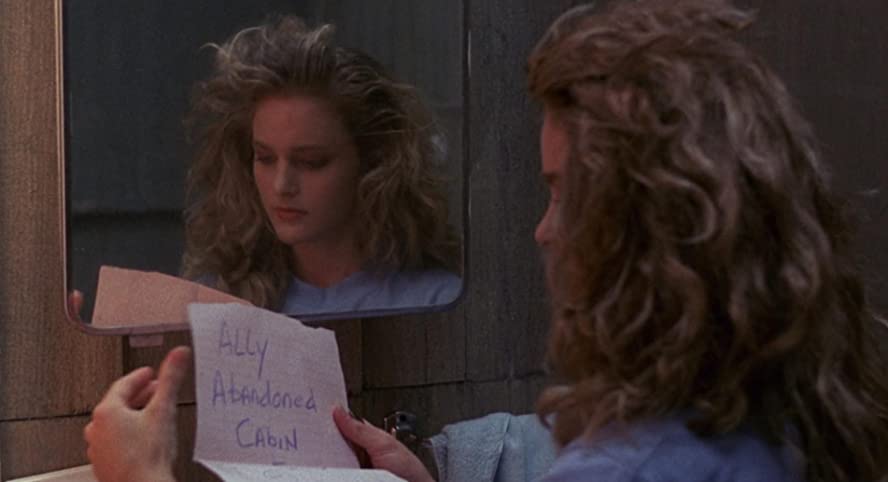 Sleepaway Camp is a campy classic, a b-movie legend, but it’s not even in keeping with the eventual genre standard, which is where Sleepaway Camp II takes a step in the right direction.  The original film is pretty problematic; the entire theme centers on a man dressed as a woman being a psychopath, which may float J.K. Rowling’s boat, but would probably keep the rest of us at bay, were it to come out today.  They reference this in this sequel, but it’s not a real plot point; the majority of the action is a crazy, holier-than-thou lady who kills people because they “deserve it”.  There is plenty of blood, plenty of boobs, it slides right into the genre as we now expect it, and in those ways outshines even its predecessor.

A few years ago, Angela Baker terrorized a summer camp, killing a bunch of people, but that was a while back, and that was a few miles away from Camp Rolling Hills; that probably won’t happen again.  But, yeah, she’s not in a facility any more, there’s a girl named Angela on the camp staff, and any kid who does anything the least bit immoral disappears mysteriously, with Angela claiming she sent them home; I don’t think the happy campers will be happy for too much longer.  Molly & Sean, while starting to have feelings for each other, are also starting to feel a little unsafe, and better watch their backs; the Angel of Death might be closer than they think.

This is camp done right, while also succeeding in being so very wrong.  There are killing and co-eds galore, with all the right pieces to make us feel right at home; camp songs, panty raids, power drills, human barbecues, nature walks, swimming.  It’s a good time had by all, except for those being killed for smoking a joint or for doing a boy, but hey.  Sleepaway Camp II is entertaining, terribly-acted, gratuitous, and gruesome, which is exactly what we have come to expect from this genre, so I say job well done.  Springsteen is Bruce’s sister, Estevez is Emilio & Charlie’s sister, and holy cow is Hartman hot, though she never would go on to do anything else except for one Cheers episode and one soft core porn.  This is a pretty bizarre franchise, #2 is the epitome of that, but it’s still fun to watch and experience, mostly because it checks all the bonkers boxes.