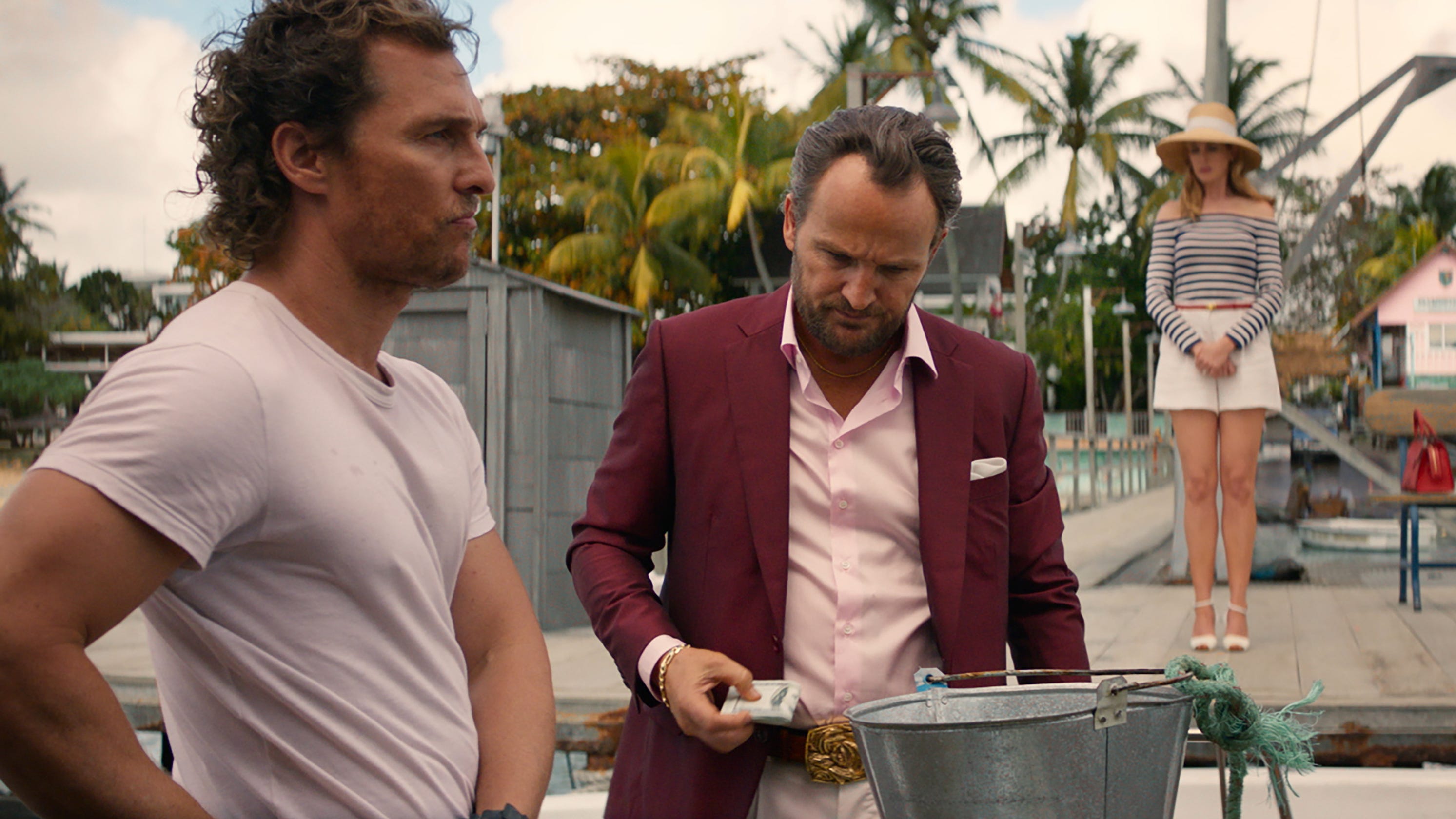 Serenity slides into the Bottom Five of 2019 like it was made to fit there on purpose; if you watch it for yourself you’ll start to wonder if that isn’t exactly what the director intended, because how could someone make something so bad on accident.  It should be noted that Steven Knight isn’t a director, he’s a screenwriter who’s trying his hand at something else, and although it worked well with Locke, the experiment failed this time around.  And, really, it did more than that, it embarrassed everyone involved; this movie isn’t just one of the worst of the year, it’s one of the strangest, dumbest, most pointless, least talented bombs you’ll ever watch, an utter disaster from every angle that should be ridiculed for all time.

Baker Dill (no that isn’t his real name) is a fisherman with an obsession; catch the giant tuna that’s been teasing him and escaping him for the last however many years.  You know, it’s funny, Baker can’t really remember how many years it’s been, or why he just has to catch this fish, but he still goes out every day to try to hook it, going broke in the process.  He lives on the island of Plymouth where everyone knows everyone and no business is private, which is just plain weird sometimes.  Especially when his ex Karen comes along, asks him to off her abusive husband, and everyone in the town seems to understand the choice Baker is now faced with, fish or man, while the fisherman himself flounders to make a decision.

I can’t stress this enough; don’t get curious and watch this movie.  You will regret it, I assure you, and you’ll have no one but yourself to blame.  For the longest time the story will make no sense, and when it finally does you’ll wish you had never found out the answer, because it’s that stupid.  Seriously, Night should be ashamed of himself for writing this plot into existence, and how he fooled so many amazing actors to be a part of such a flop is completely beyond me.  The “twist” is ludicrous, the characters are all ridiculous, the plot makes you want to tear out your own hair, and no level of talent could have pulled off these roles, not if the cast was given a lifetime to try to figure out what it was all supposed to mean.  Don’t waste your own time trying to solve the riddle either; there are real movies to be seen, and this isn’t one of them.