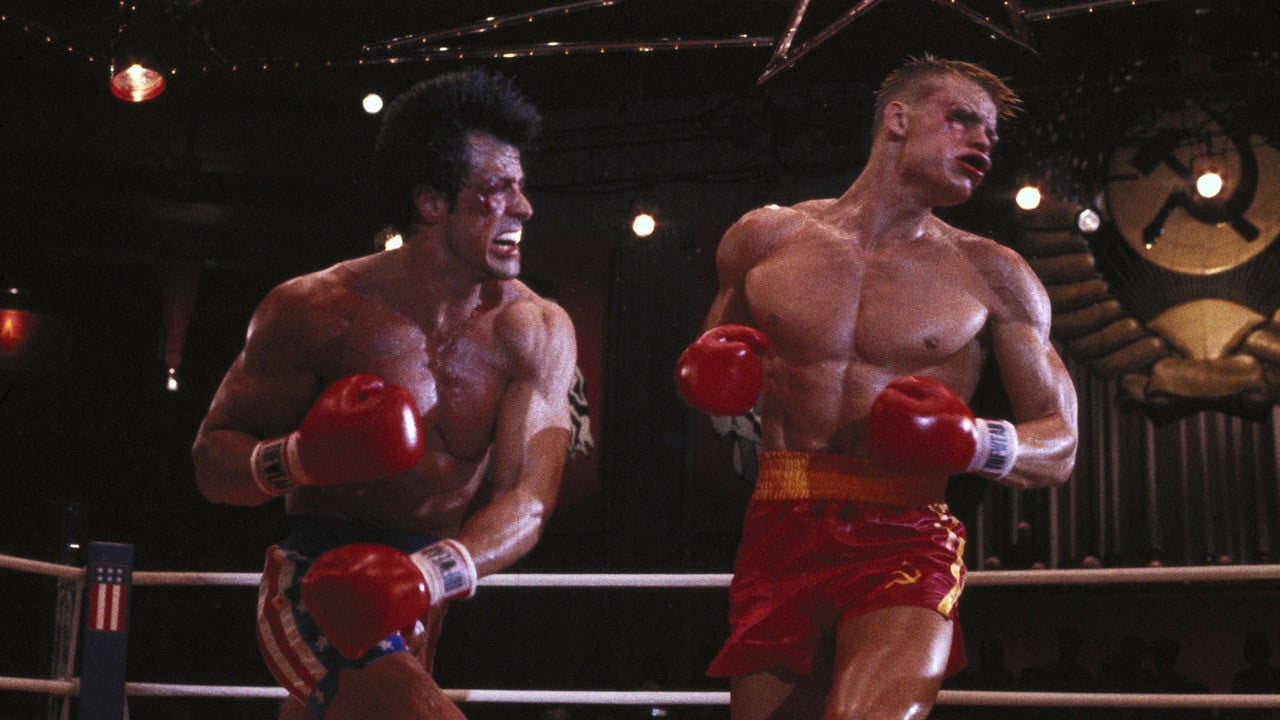 It’s time to go full 80s with a movie about evil Russians, because we’re Americans and that’s what we want to do!  The idea of Americans vs Soviets was part of pop culture so strong that even Rocky fought the evil Reds, and honestly that’s the smartest thing Stallone did, injecting that sort that formula into the veins of his franchise.  Not condoning the hate, just stating the obvious; we loved to root for the good ol’ U.S. of A, we loved Rocky, the combination of the two was genius.  This is basically the end of an era, although multiple films would follow; this is where the series that started so well ends on a high note.

Although both are retired from boxing, Balboa & Creed remain fierce competitors and good friends.  When Russian amateur fighter Ivan Drago challenges the best America has to offer to fight him for the pride of their country, Apollo steps up to participate in the exhibition match, ready to defend his honor and put on a show.  But the match ends in tragedy, because Drago wasn’t there to perform, he was there to destroy.  In an unsanctioned bout, Rocky will fly to Russia to train for the fight of his life and to defeat the monster who took down his friend.  What happens in the ring might not just change two men, but two nations as well.

This is what I’m talking about.  It’s not Rocky, with that killer vibe, it’s not Rocky II, with the music & the heart & Mickey, it’s not Rocky III, with the cheese, it’s a Rocky movie for a whole new audience, and it knows what it’s doing, knows where its hooks are going in deep.  Death, revenge, back to the basics, passion, honor, the refusal to ever give up; these things are at the heart of the franchise, and they’re on display very broadly here.  Drago is such a great villain, as is his entire team, and we really want Balboa to take him down, it becomes very important to us very quickly.  Some iconic scenes, iconic lines, memorable feelings, and wonderful cinematic moments, Rocky IV is where it’s at and will always be a champion in its own league.