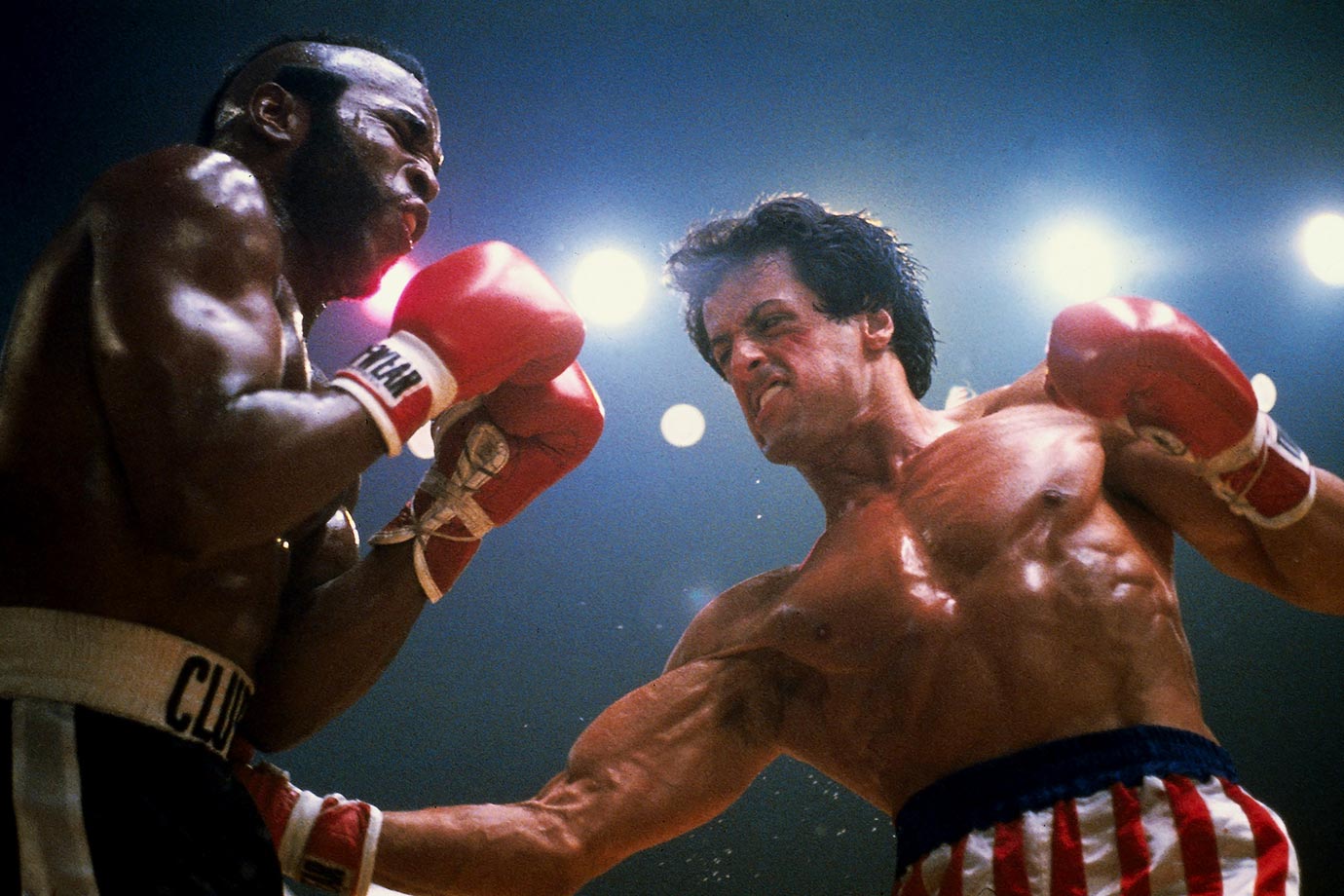 The third installment of the Rocky franchise might have added Eye of the Tiger, but it also added dialogue, and that’s not as great.  There’s a conversation on the beach between Rock and Adrian that’s so cringe-worthy it’s legendary, not to mention the running & jumping & hugging on the beach that’s equally weird; maybe the Balboas should have simply stayed in Philly.  That’s the thing; Rocky III does a few things differently and some of them work, but most are just silly, making it the weakest film in the franchise so far (and the worst overall until #5).  Still, it’s a stepping stone forward in the overall narrative and so necessary, we just can’t really get excited because of all the little things that go majorly wrong.

Rocky lost to Apollo (Rocky), beat Apollo (Rocky II), became the Champ, defended his title ten times, and is ready to call it quits.  He’s got money now, a family, a statue, everything is going well, so why is still being pulled toward the ring?  An exhibition match for charity with a wrestler gains the attention of a fighter named Clubber Lang, who wants a piece of a champ he sees as more of a chump, a fool to be pitied.  So Rocky comes out of retirement to defend his honor, only to lose to Lang, and to lose a dear friend in the process.  His spirit broken, Balboa must regain the eye of the tiger, that fighting instinct that drives the very best, and who better to teach him to harness that power than his old rival, Apollo Creed.

There are plenty of additions that make Rocky III fun, even while it gets exponentially goofier.  First, we get three fights, not just one; Thunderlips, Lang 1, and Lang 2.  That’s a big difference from the others, and it’s welcome to audiences wanting more of the sport, more of the competition, more of the heart behind the strategy.  Also, we get more Apollo, and Apollo as a friend too, which is cool, and this film is the one that really sets up Creed to come out in the future.  Rocky goes back to the basics, finds his inner champion, and that’s all we really want to see, so there you go.  But man are there some cheesy moments, especially since neither Hulk Hogan nor Mr. T can act.  The running scenes on the beach are iconic, but they’re also ridiculous, so bear with them as the music plays and try to have a good time anyway.  That’s good advice for the entire experience; enjoy despite the problems, and get ready for a return to greatness with Rocky IV.