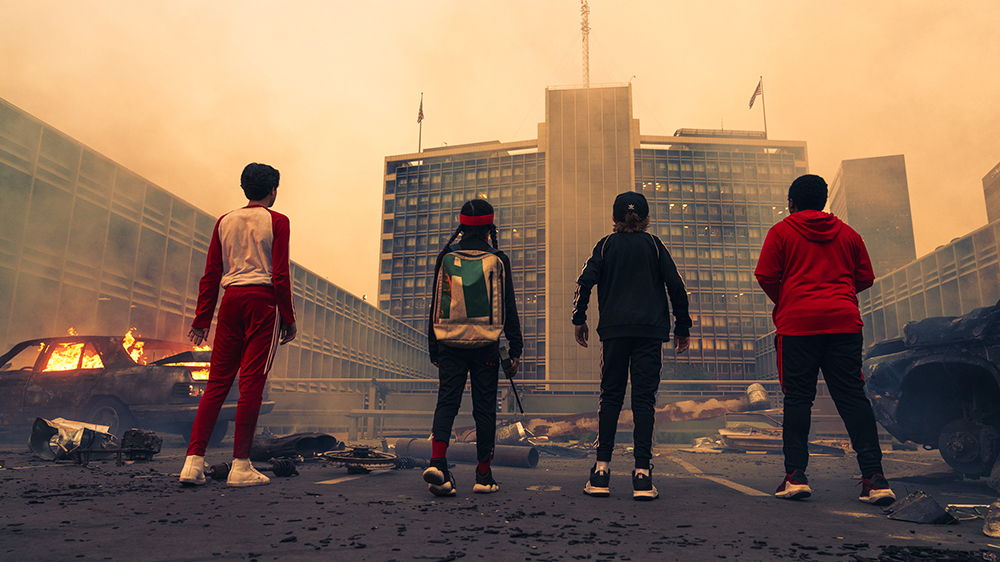 First off, that the professional name you go by when directing films is McG is just weird, there’s no other way to say it.  Secondly, you should probably make good movies at some point: Charlie’s Angels 1, Charlie’s Angels 2, We Are Marshall, Terminator Salvation, This Means War, 3 Days to Kill, The Babysitter.  That’s a real filmography, those are really the movies that this guy chose to help create, and so we cannot accept his credibility ever again, never ever again.  Enter Rim of the World, which just shouts “ripoff”, and, with “McG”‘s name at the top, can’t be trusted as far as it can be thrown.  In fact, since you can’t exactly throw Netflix, keep yourself as far away as possible from this film so that you don’t accidentally watch it; I’m not sure who would want to, who it was made for, or what the hell I even just saw.

Alex is an indoor kid, to put it lightly, and his mom would like him to get outdoors and talk to other kids once in a while.  That’s why she signs him up for summer camp, at the Rim of the World, an adventure experience in sunny California that should loosen Alex up and make him face his fears.  He does meet some other early-teens: Dariush the spoiled rich kid, ZhenZhen the strong silent type, Gabriel the brave and edgy.  But they don’t become fast friends instantly, it takes shared experienced to bond a group, and boy are they all about to have an experience.  Aliens attack Earth while the foursome is away from their group, and they’re left alone to fend for themselves, staying alive however they can.  Not only that, but they stumble upon the only means to save the planet, and must go on the journey of a lifetime to ensure that everyone in the entire world isn’t murdered by giant monsters.

I’m not really sure what type of movie this movie was supposed to be, but McG wasn’t the guy to make whatever that goal might have been a reality, and this cast wasn’t the team to see crap to the finish line despite itself either.  This isn’t for kids, that’s for sure, but it also isn’t for adults, landing somewhere in the tween-y middle where no one I know would want to be.  They talk regularly about sex and 90s movies, like a Seth Rogen comedy, but these kids must not know what half they’re saying even means.  I think we should wait for Good Boys if we want this raunchy style done right, that should prove to be something much stronger and much better done.  McG makes a McStake in every scene, the writing is also horrible, and man I hated these kids; they were all simple stereotypes and had no talent to elevate their crappy roles.  Rim of the World is a regurgitation of many other movies spit out by Netflix and supposed to be something cool; it is anything but.