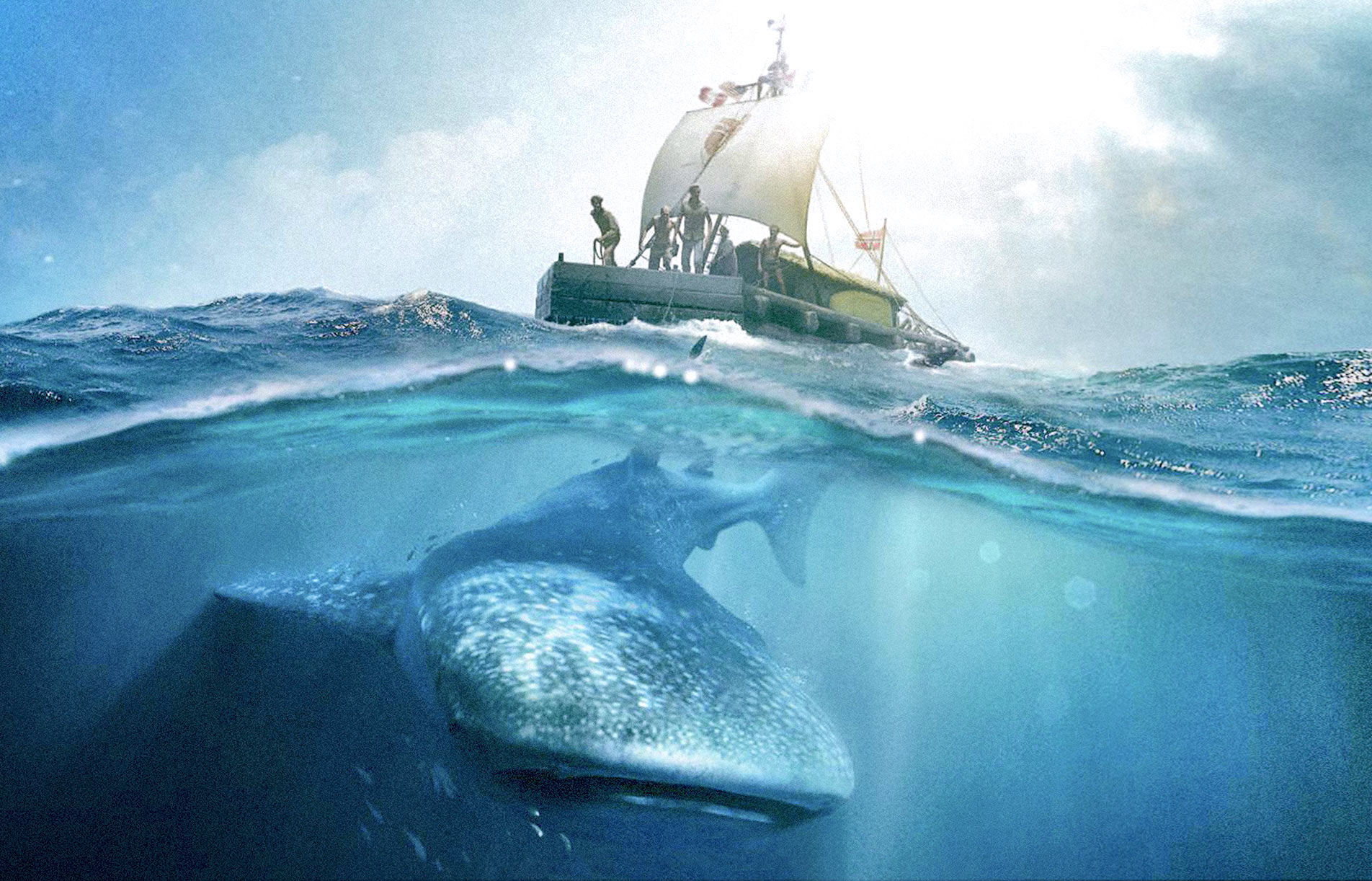 Though mildly interesting, the true story of Kon-Tiki, or at least this reenactment, is also mildly boring, and the result is rough waters.  Think Moana meets The Mercy, with Norwegians at the helm, and you’ll have some idea what to expect, though minus the music and without any star power.  So, really, imagine a movie about something that really happened and should be kinda cool to watch but sucked dry of all its drama and left with a skit script to see it through to the end.  That’s Kon-Tiki, a film I had been looking forward to finally catching up on for years, but one that ultimately disappointed.  Not because it’s terrible, but because I could have read two Wikipedia paragraphs instead, and saved the rest of my time for something better.

Thor Heyerdahl became obsessed with the Polynesian islands in the early 1900s, and, after WWII, decided to write a book about a theory he held that flew in the face of conventional wisdom.  He believed that the Polynesian peoples didn’t come from Asia in the west as was unquestioningly believe, but rather from the east in South America, 5000 miles away.  The tides and the winds supported his idea, but no one thought that primitive tribes could sail across that much open ocean, especially because those tribes didn’t have ships, only rafts.  So Thor attempted the impossible; he and his small crew, mostly friends from Norway, built a traditional raft using only historic materials and tools, and set adrift off the coast of Peru with the hope that their vessel would carry them 100 days west to the truth, to vindication, wonderful fame, and everlasting glory.

File this film among the strange-but-true and also among the most daring adventures ever to be adapted into a movie.  These men lay on a log raft with a small hut, a small sail, and a rudder that didn’t really work, and hoped that the currents and winds would take them across 5000 miles of open sea, based all on a theory and a prayer.  Mankind has never seemed so insignificant as the figures in this tale, as the grand scale of our world comes into focus when you float along above whales and sharks and imminent death, wondering where nature might take you.  That aspect of this plot is wonderful, as are the scientific elements, but unfortunately that’s where the positives stop, because the rest is fairly boring.  The actors aren’t known in Hollywood, the special effects aren’t good, the dialogue in disjointed, the pace drags, and although it was nominated for a Best Foreign Film Oscar in 2013, I’m not sure it deserves even that recognition.  It’s a poorly-crafted movie about a smartly-crafted craft, if you’re looking for a sound byte, but otherwise doesn’t offer much in the realm of cinema.