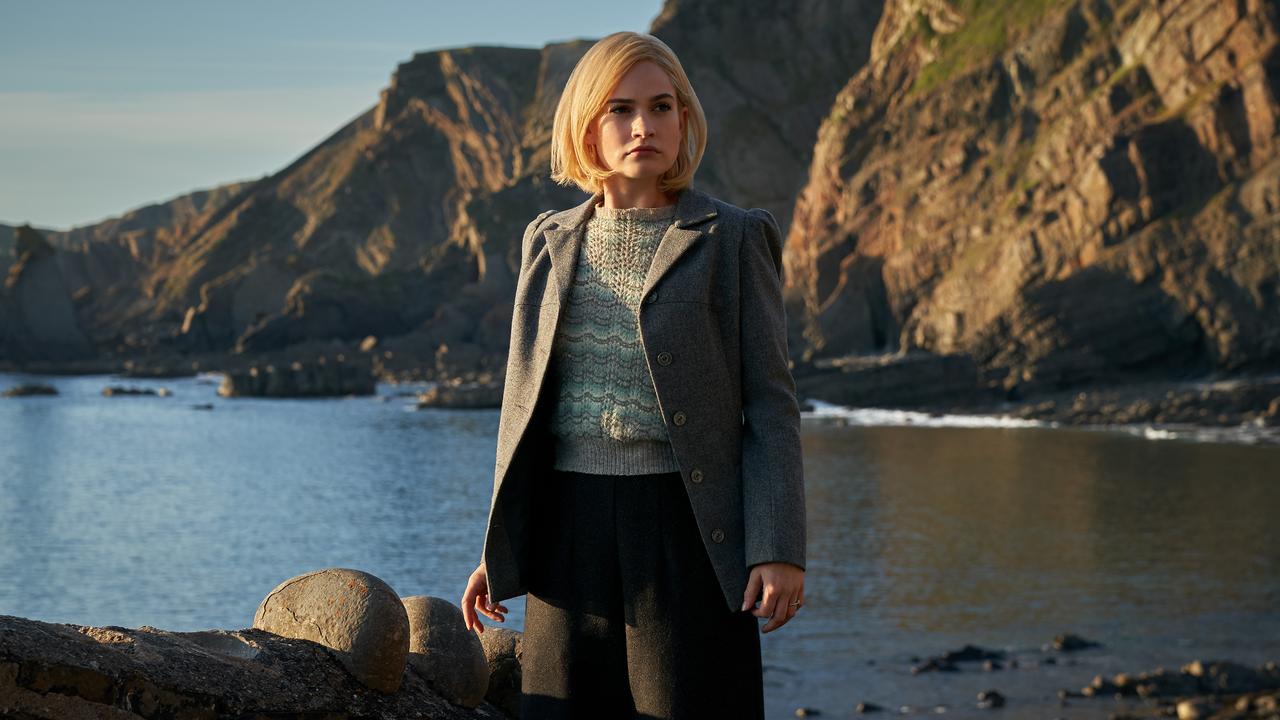 I thought there was going to be a ghost in this movie; there isn’t, I hope that’s not a spoiler, I think I was just wrong.  But Rebecca has that kind of feel; wind-swept English coast, an ancient mansion, a dashing rich man with his beautiful new wife, a curious death, boats, dogs, policemen, it’s all here.  It’s very Jane Eyre, but not as good down at bone level where it counts, instead focusing on opulence and dramatics instead of pure spook.  Ultimately, and it seems easy to say but it’s true, this film is an attempt to take an old story, force it into a Downton Abbey box, and hope viewers are looking for more of that formula.  And we may be, I love Downton, but this ain’t it.

A young woman, a ward of the rich Mrs. Van Hopper, traverses the globe with her lady, always at her command, and dreams of someday claiming a better life, of rising above her circumstances.  In Monte Carlo, where the pair are on vacation, she comes across the newly widowed Mr. Maxim de Winter and they fall instantly, insanely in love, leaving Mrs. Van Hopper behind to fend for herself, rushing off to get married because the young are always in such a hurry.  Back in England, at the grand Manderley estate, the new Mrs. de Winter begins to learn more about the late Mrs. de Winter; how she died, who on the staff adored her, what men in the village loved her, and how Maxim is still haunted by her memory.

Ben Wheatley simply doesn’t have the magic touch; can we just admit that?  He’s a mediocre director who can do a passable job, but that’s about the extent of it, and that’s too bad.  He takes a whack at a classic here, and can only muster a lovely period piece, not a masterful original work.  Beautiful, mysterious, interesting, at least for a while, but Rebecca is ultimately a yawn, or at least uninspired.  Audiences will wonder why exactly they watched, because they weren’t given much in return, but the answer is simple; Lily James and Armie Hammer are both so spectacularly attractive, both in looks and in personality, that we’d tune in to see them eat cereal, let alone dress us in cool clothes and talk passionately to each other in awesome accents.  But that’s not enough, we needed more, some substance maybe, not just a cheap tale that lacks any luster; stars are enough to get us to tune in I guess, but not enough on their own to keep us coming back for more.