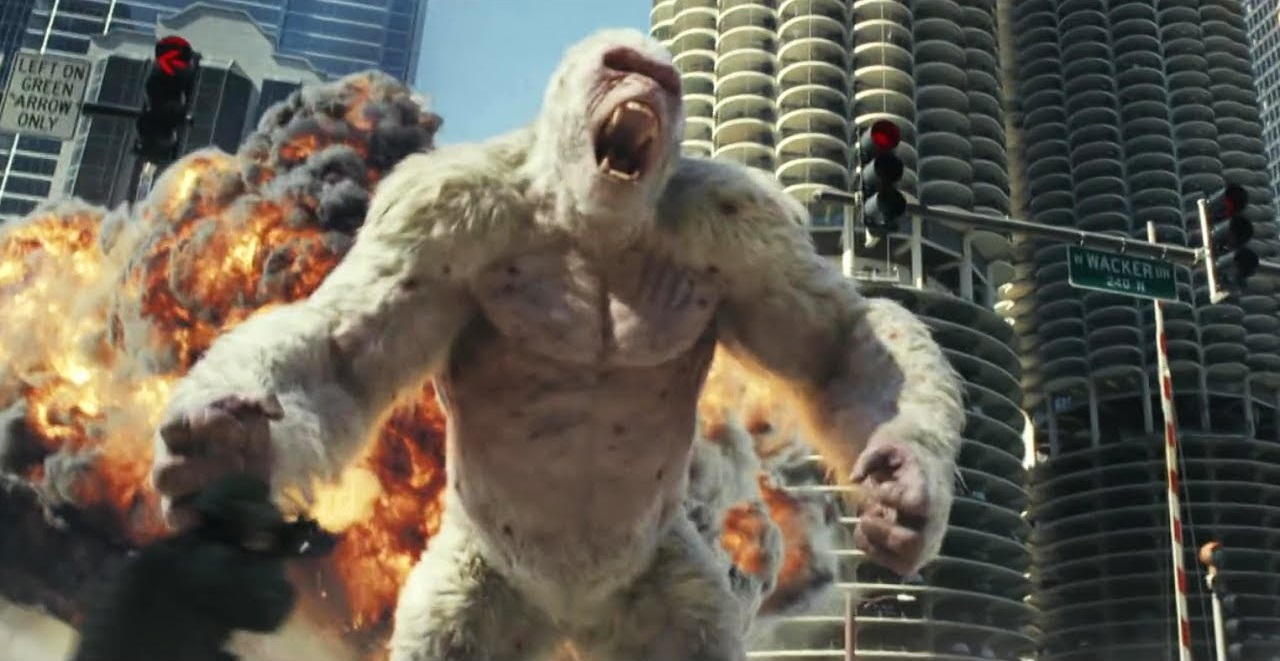 When your only real and necessary goal is to be better than San Andreas, you’ve succeeded in placing the bar so low that almost anything you produce will be a stunning hit by comparison.  And I’m only knocking San Andreas slightly; it was an entertaining disaster flick, though not even close to a commendable disasterpiece.  Rampage only had to be marginally better, only needed a slightly better script, only had to cast slightly better actors to work alongside the natural charisma that is The Rock, in order for us to stand and applaud.  I’d say it got about halfway over the line it was aiming to cross before falling limply on its side and passing out, which is just another way to say that Brad fixed some problems from he and Dwayne’s other attempts, but not all, not by a long shot.  Rampage is still problem-ridden, and yet still a good time; this genre is frustrating if only because audiences are programmed to enjoy the destruction, I just wish the destroyers would do a better job.

Davis Okoye is a primatologist in San Diego working with gorillas, some of which he saved directly from the poachers traps.  Animals are his passion, and he finds that he has a difficult time relating to people; how they lie, how they ruin, how afraid they are, how quick to anger.  His best friend is an alpha male named George, who he rescued as a baby, and who he can talk with though a series of signs.  When a corporate experiment in space goes haywire and destroys its station, some of its pieces crash back down to Earth, one of them right in George’s enclosure.  Suddenly, this peaceful creature is now an aggressive monster, one that is growing in size every hour.  Davis and a disgraced scientist, Dr. Kate Caldwell, will have to figure out what changed George, how many other animals might be affected across the country, who is to blame for the technology, and how to stop them from destroying America’s cities in their ever-blossoming rage.