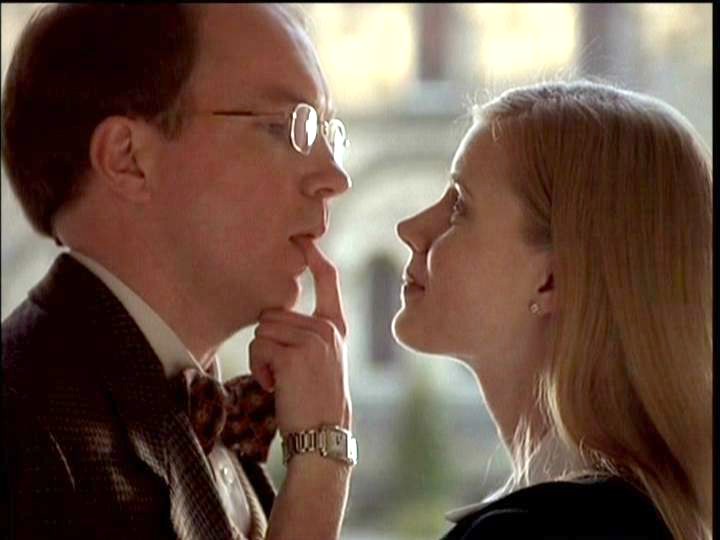 Because Cruel Intentions was a shocking (marginal) success, of course they had to make another one as soon as possible to make as much money as they could off of our 90s angst before all the drama faded away.  Phillippe, Geller, Witherspoon, Selma Blair, Joshua Jackson, Tara Reid; talk about a generation-defining film, or at least an era-capturing one, and the fact that the movie worked so well was perhaps a surprise to everyone, creating a scramble to pop out a sequel ASAP.  Actually, Cruel Intentions 2 is a prequel, the story of how our leading duo came to be so twisted.  It’s as evil, as melodramatic, but not nearly as good, crashing & burning every time it tries to take off and completely failing the mediocre legacy of the original.

Sebastian’s mother is in rehab, his school is ready to kick him out, he’s being sent to live with his father in a new city; things aren’t looking up for Mr. Valmont.  On the bright side, his father and stepmother are ridiculously wealthy, so he’ll be going to the finest private school New York has to offer.  The catch; he has to live with his manipulative stepsister Kathryn, the most popular girl at Manchester and someone who always gets her way.  She works tirelessly to weed out the dorky and different from high society, pulling the strings behind the curtain with wicked flair.  When Sebastian falls for Danielle, the Headmaster’s daughter, he’ll have to balance young love with outwitting his sister, a tightrope act that is guaranteed to result in a major misstep.

There are two positives within Cruel Intentions 2.  One is that there are actual boobs, where the original stays skin-free while maintaining a sexy taboo vibe.  The other is that audiences get to see Amy Adams in a young role, a comically awful one that we can look back on now for a good laugh.  It was among her very first movies, and although her talent isn’t really on display here, directors must have seen some spark because she would go on to get consistent work in TV and in film, before becoming the superstar we know today.  Robin Dunne, not so much, he and everything else about this movie are terrible.  The only redeeming quality is the way the story is set for the first film, how we are introduced to this “special” brother/sister dynamic, and perhaps how the same formula is followed, even with some of the same iconic lines.  If it hadn’t been referencing Cruel Intentions, this second installment would be complete trash, so remember that if you ever feel the urge to watch it.