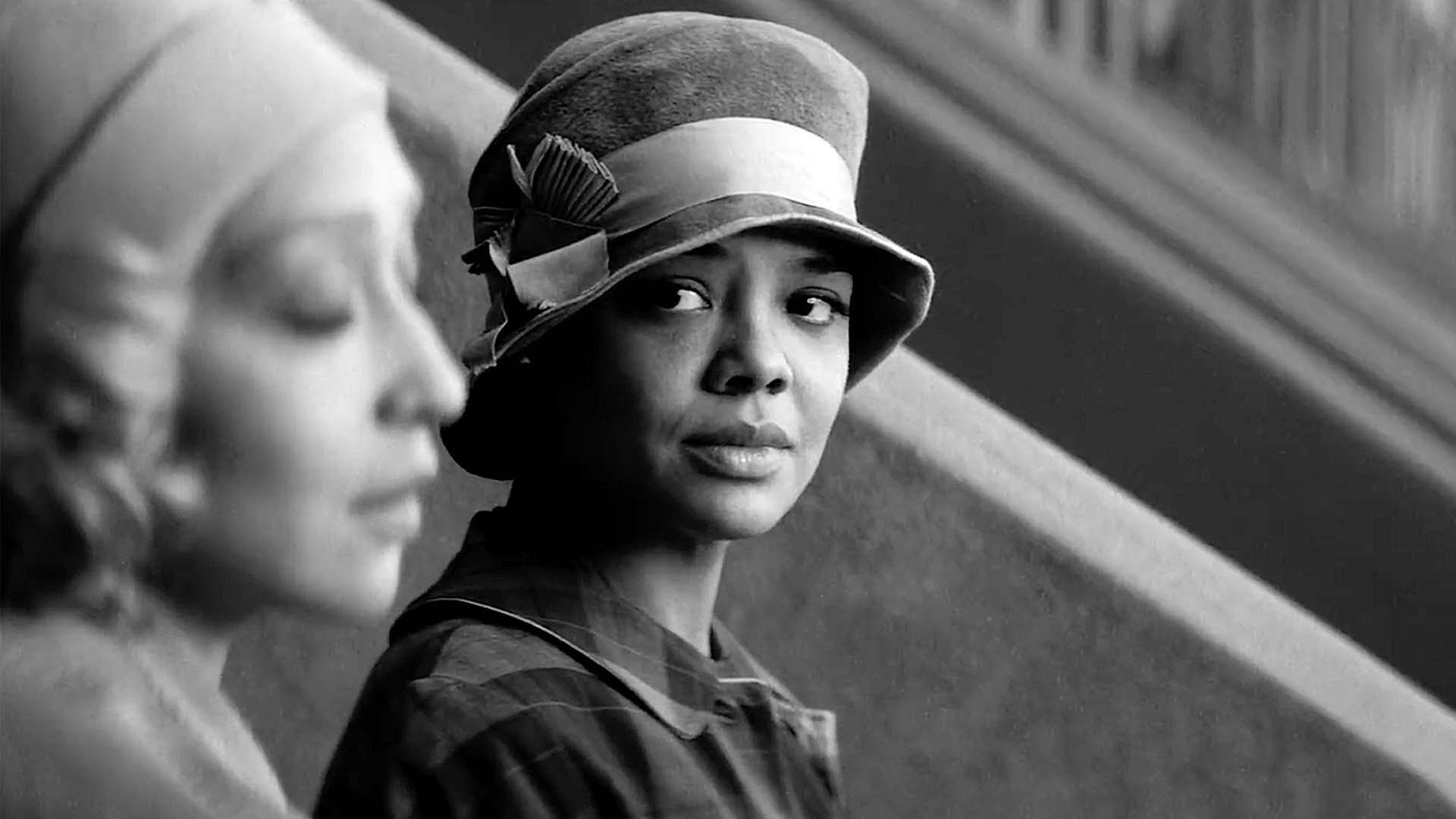 Passing was very lovely and very boring.  And although I think that’s all I really have to say about the film because it sums up the experience quite nicely, I’ll try to draw more insight from the depths, even if I’m not sure the film deserves it.  Rebecca Hall is a first time director and it shows, which is not want you want said after your debut; you want us to say “I can’t wait for your next project”.  But she makes too many amateur mistakes here, too many unsmooth moves, and that’s ultimately why the movie fails.  Because, when’s it good it’s really good, but when it’s bad it’s boring as hell.

Based on a novel, set in the 1920s, Passing is the story of two friends who meet randomly years after their childhood together.  Irene, a Black woman, was passing as a white woman for the day in order to find a certain gift for her child, but she comes across Clare, who is passing as white every day of her life.  She’s gone so far as to marry a racist white man and have a daughter with him, and although she says she doesn’t fear being caught, the danger of the lie looms over everything.  The two women renew their friendship, but the worlds in which they live are enormously far apart, and trying to combine them might be deadly.

Hall sets the stage well; black & white color, squared off picture, it feels old from the start, Thompson & Negga own the room, the story heads in the right direction.  And with such a short runtime, I was sure that the plot would unfold smoothly, quickly, and that we’d have a gem on our hands.  But that wasn’t to be.  Somehow, Hall makes every non-conversation a non-participant, all the moments in between the talking seem hours long, and all metaphors look sloppy.  It’s dull, over-worked, and underwhelming; the solid acting and strong dialogue can’t fill enough of the moments, the empty ones are just too gargantuan.  A little convention would have gone a long way, a little more focus on one theme at a time, a few more scenes spent on character instead of slow symbolism.  There was something here to ponder at and to enjoy, but Hall wasn’t ready to give it to us just yet, and that’s a mighty shame.