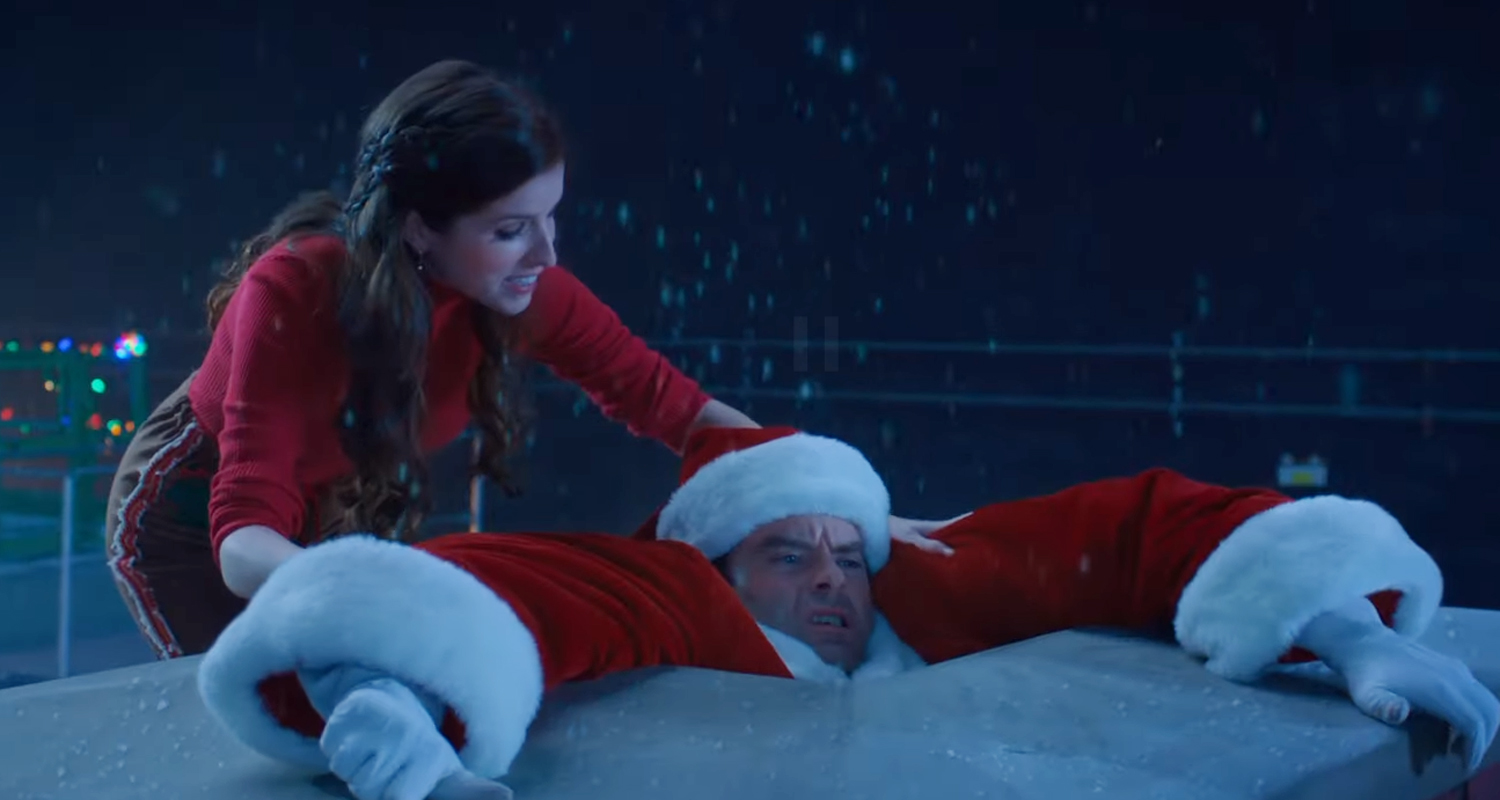 Disney+ released a Christmas movie this past year, but I didn’t get Disney+ until just now, AND we did a Christmas in July as a family for my daughter’s birthday, so here we are, watching a holiday movie in the summer during a pandemic because that’s the level we’ve reached.  Noelle is a shot in the dark at elevating the Hallmark Holiday Classic to a level that’s semi-Disney, and to that end it’s surprisingly successful.  It’s funny, sweet, has some touching moments, and, above all, features Anna Kendrick.  She’s the most adorable human on the planet, so why not cast her as daughter-heir to the Kringle Kingdom; she can *almost* do no wrong (and if she does I just blame other people because that’s easier).

When Santa Claus wants to retire, he passes the fuzzy hat down to his son Nick, who definitely does not want to be jolly, old, or a saint.  He wants to be left alone, and, really, for everyone’s sake, he should be; he’s an absolute terrible Santa who can’t do anything right.  His sister Noelle is the one with the Christmas cheer, she’s the one who’s all about all things Yule, though she’s neither the eldest nor a boy, so that’s out of the question.  But when Nick goes missing right before the big day, Noelle is the one who is sent to find him and bring him back, and somehow she becomes the Kringle who captures the essence of Christmas the very best.

What a cute movie, a real up-lifter, and it really is significantly better than the Hallmark features you’re used to loving about this time of year; this time of year being Christmas in July apparently.  A step more movie-like, with a touch more talent involved, Noelle works where others have failed for a few small reasons, including nice comedy and modern honesty, but also for one large reason in a small package, and that would be Kendrick.  She makes everything work because she’s just so damned lovable, and you simply want to watch her succeed.  She’s also naturally funny and fits this role perfectly, so it was a great marriage of skill and type-casting from the very start.  There are a few times the film goes too silly, sure, but that’s a holiday movie for you, some of that just comes with the territory, and most of it should be expected.  Sit back, get some egg nog, feel all the feels, and allow yourself a good time, because that’s what’s being offered, if, admittedly, not too much else.