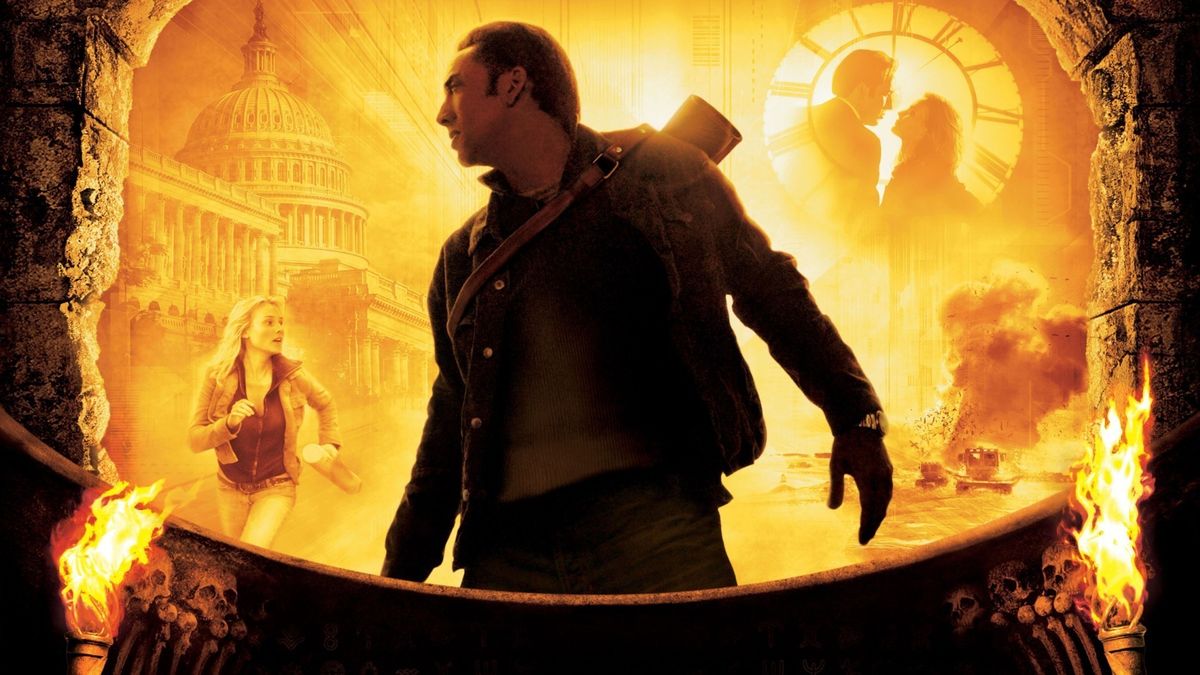 Inherently silly but undeniably fun, National Treasure is a mix of some ridiculous entertainment and an unbelievable adventure, to the point that you’ll find yourself  watching whether you want to or not.  I personally can’t stand Nicolas Cage; I do not think he’s so bad he’s good, I do not enjoy his over-the-top style, and I do not think he has an ounce of talent in his entire Coppola body.  BUT, I will say that I like National Treasure despite the fact that I shouldn’t, and I always find myself laughing at the antics of this group of players who do NOT belong on the stage.

Benjamin Franklin Gates has been taught his entire life that a secret treasure lies behind the legends of the Founding Fathers of early America, that they hid a Templar/Mason fortune so vast that no one man or one nation could resist its corrupting power.  Now he’s on a mission to find it, before the bad guy does, and the first clue he’ll have to steal in order to get on the right track is a document so valuable that it’s virtually un-thief-able; the Declaration of Independence.  But Gates is a smart cookie, and the journey beings, with history behind every move and danger around every corner.

Well, it’s no Mummy, which is the superior goofy adventure, but it’s sure better than Sahara, so jump into the genre and have some fun, just know what you’re landing in.  This movie is silly, it’s nonsensical, it’s poorly-acted, and it’s bizarre, but it sure is a hoot, and I guess that’s the point.  Younger audiences will fall hard, more discerning tastes will find problems, but maybe we can all agree that some films are just good times, nothing more.  Cage is still a buffoon, can’t take that guy, but even he is somewhat likeable in this story, and he exhibits the true history & the make-believe plot pretty well, considering.  National Treasure is almost a b-movie icon, and that’s OK; just remember that it’s not actually good.