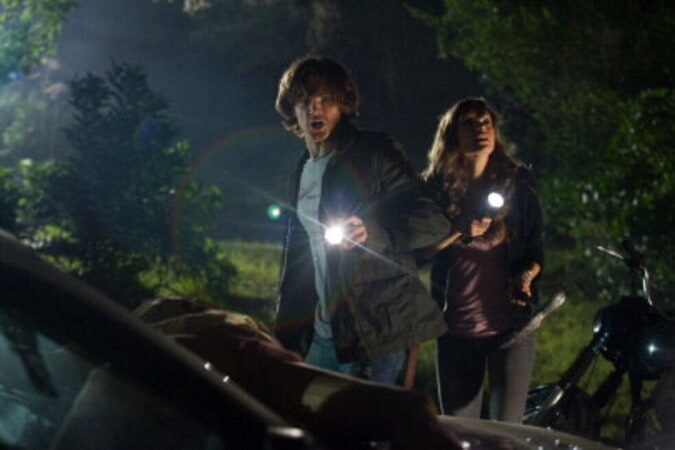 This version/reboot/chapter/whathaveyou of the Friday the 13th franchise is about as uninspired as a blob of fake blood and about as forgettable as accidentally stepping in it.  It’s just another teen slasher, which are worth less than a dime a dozen, and somehow it can’t even muster up the energy to find a fun angle to play from, checking the boxes instead, and boring us out of our minds.  Horror franchises are done to death anyway, we know that, that can be entertaining I guess, to watch recycled trash that you know is trash, but that’s not the experience here; this is super skip-worthy.

A group of friends travel near Crystal Lake for a wild weekend at a luxuriant cabin, but they are definitely not alone in the woods; Jason is on the prowl.  But so is a strapping lad looking for his sister, who went missing with her own group of friends in the same forest, and none of them have been heard from since.  Probing into the dark corners of the neighborhood will reveal the dread secrets of the infamous camp killer, and awaken him from his slumber, but maybe this time the kiddos will be victorious and the slasher will get slashed.

It’s just silly fun, I know that, I don’t expect anything more; we know what we’re getting into when we watch standards of horror.  But I guess this isn’t that, this is a re-do of a standard, which definitely makes it much, much worse.  It’s bad all around, and usually not in a good way.  There are some boobs & blood splatters, that’s all to the positive, but there isn’t enough real substance to grab onto, making this remake a big dud.  Maybe we need to let some of these old monsters die with dignity, and not keep exhuming their bodies whenever we feel like we can make a quick buck.